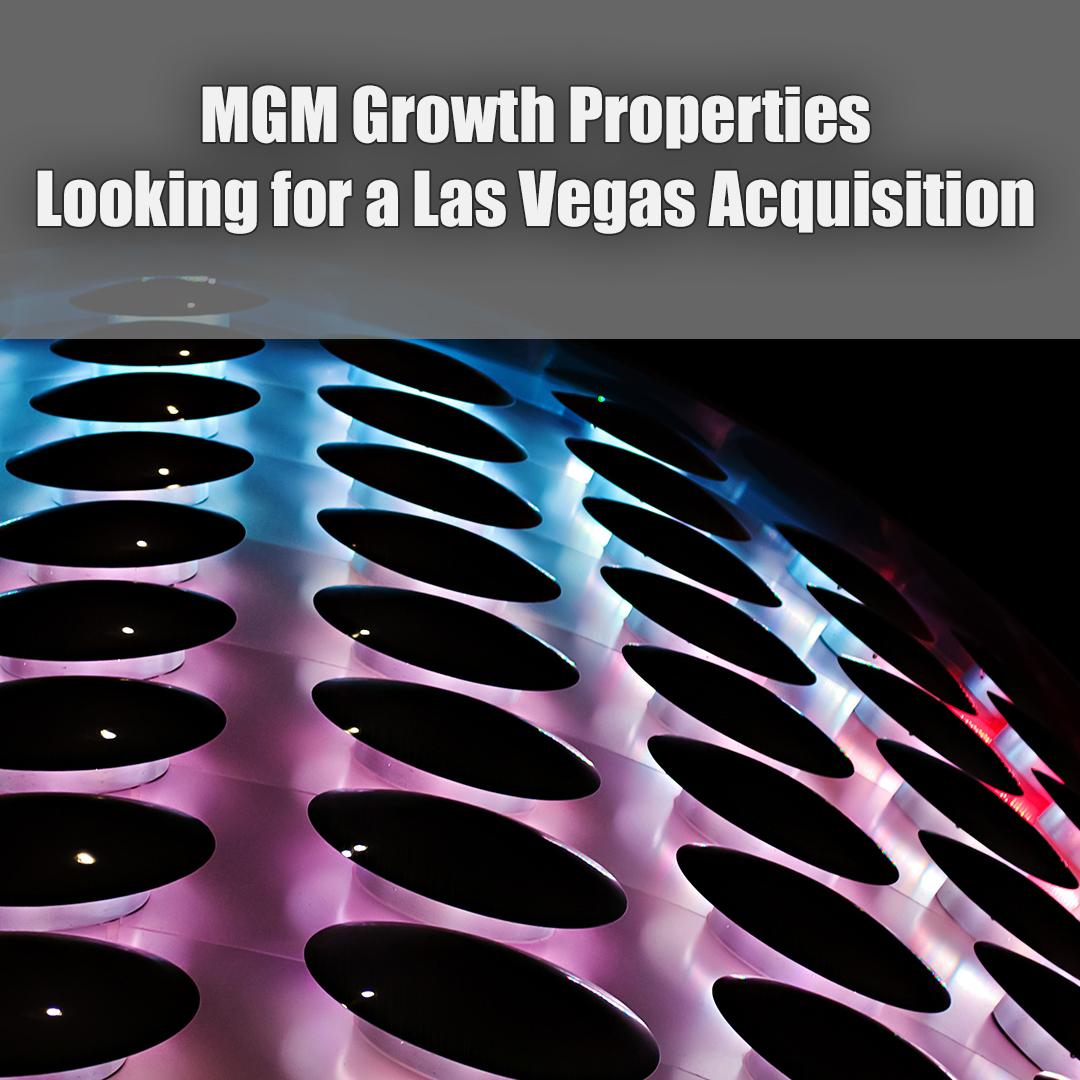 MGM Growth Properties, a real estate investment trust (REIT), indicated on Monday that it could be interested in acquiring another property on the Las Vegas Strip. During a third quarter earnings call, CEO James Stewart said that his company was definitely looking to expand, but only with large casino properties that would “move the needle.”


MGM Growth owns several Las Vegas casinos, including Excalibur, Mandalay Bay, The Mirage, New York-New York, Luxor, and Park MGM. If those all sound like MGM Resorts properties to you, you are right! MGM Growth owns the properties, but is 57 percent owned by MGM Resorts. Additionally, its only tenant is MGM Resorts. Basically, MGM Growth is the landlord and MGM is the renter and operator of the casinos.


Thus, if we narrow it down, we’re looking at the Venetian for MGM Growth.


Sands spokesman Ron Reese did not comment when asked about it by the Las Vegas Review-Journal. James Stewart also declined to answer when asked during the earnings call.


But even though Las Vegas has had an extremely rough go of it during the COVID-19 pandemic, Stewart believes the city will rebound strongly once things get back to normal.


“I think that the city, particularly those (Strip) properties, are going to be set up for some very significant growth once we get to the other side of COVID,” he said. “We would definitely be interested (in a Strip asset).”


He added that if his company did buy a casino property, it would definitely be with the intent to lease it. It sounds like MGM Growth would not make a deal without a tenant in place that would be able to make rent payments during the pandemic.


Josh Swissman, founding partner of Las Vegas gaming and hospitality consulting firm The Strategy Organization, told the Review-Journal that a deal with Sands makes perfect sense. Since MGM Growth’s only tenant right now is MGM Resorts, adding a Sands property with another operator as the tenant (perhaps Sands?) would be a good diversification strategy.


Swissman said that Las Vegas Sands’ primary revenue source in Sin City is from its convention business. Conventions have completely dried up during the COVID-19 pandemic and they will be “the last piece of the Vegas puzzle to return.”


“(But) in the long run, which is what REITs are all about … (The Venetian, Palazzo and Sands Expo Center) are great long-term investments for MGM Growth and other potential REITs,” he added.


So perhaps I shouldn’t have spoken so fast about The Venetian – the other Sands properties might be the really attractive pieces in anticipation of convention traffic returning to Las Vegas.