MGM and Caesars are selling. So who’s buying?

MGM and Caesars are selling. So who’s buying? 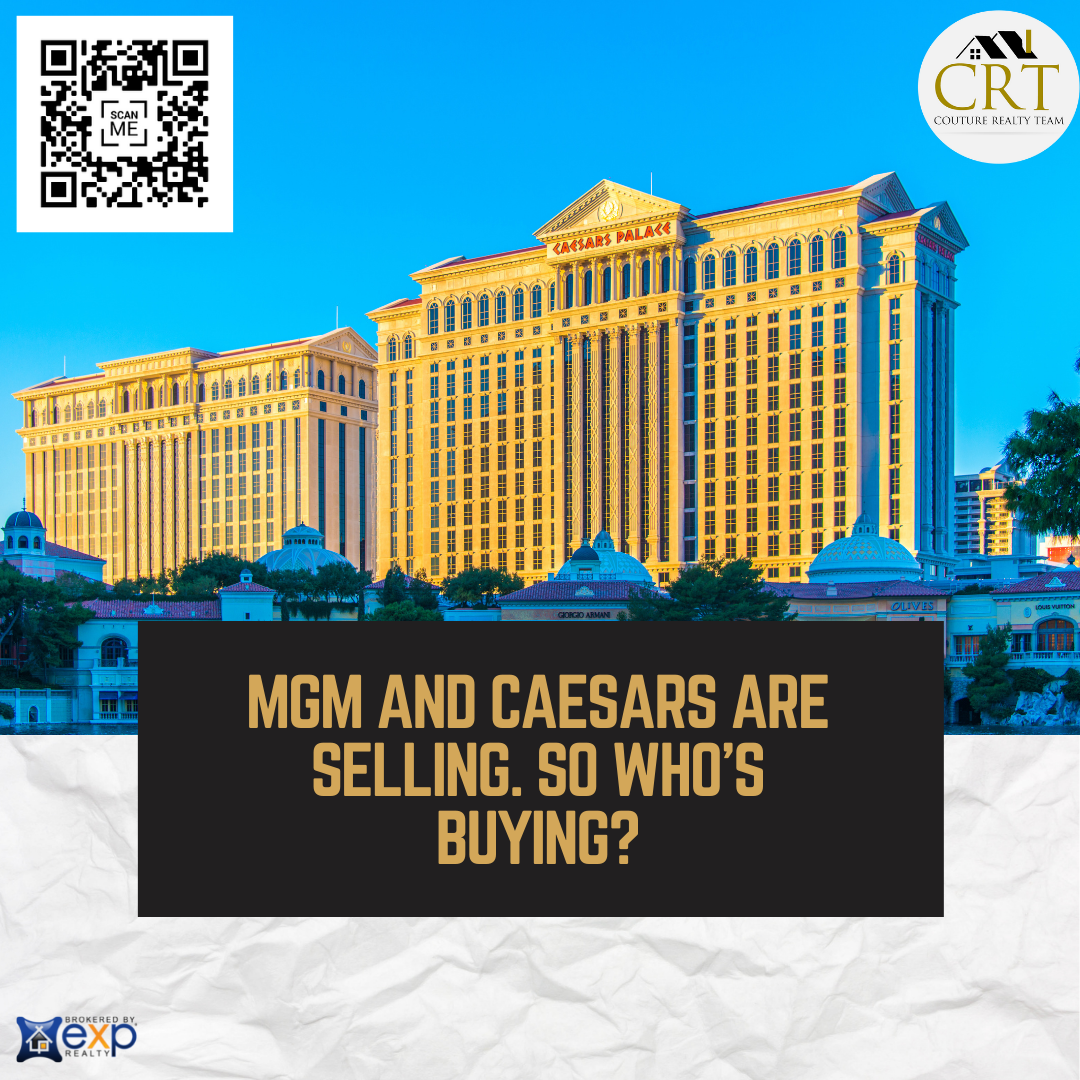 You won't see their listings appear on Zillow, but there are at least two Las Vegas gambling giants  currently shopping for Strip resorts.
MGM CEO Bill Hornbuckle made a somewhat surprising announcement this past week on a quarterly earnings call that the company is in the “early stages” of selling The Mirage. A day earlier, Caesars Entertainment CEO Tom Reeg said that the company is planning to sell one of its Strip resorts sometime in early 2022.
We won’t know for sure until things crystalize over the next several months or longer, but the attention now turns to the pool of potential buyers. Hornbuckle didn’t name a price tag for The Mirage or possible buyers, and Reeg has yet to say publicly which property, or properties, Caesars is looking to offload.
Barry Jonas, an analyst with Truist Securities, said Friday that there are a “number of regional commercial and tribal players who could make sense to expand to the Strip to scale up their operations and drive cross-property synergies.”
Some such groups have already publicly expressed their interest in grabbing a spot along the iconic corridor.
Speaking to members of the press in Las Vegas last month at the Global Gaming Expo, Seminole Gaming CEO and Hard Rock Entertainment Chairman Jim Allen was upfront that the group is eyeing options in town.
“We recognize that Las Vegas is the capital of gaming in the United States,” Allen said. “If that opportunity comes up, then yes, we would be interested.”
If they’re interested in The Mirage, the group isn’t saying. A spokesperson for Seminole Gaming said in an email this past week that the company has “no updates to share at this time.”
Alan Feldman, a distinguished fellow at UNLV’s International Gaming Institute, said that Hard Rock “would be very near, if not at the top of the list” of potential new operators for The Mirage. But there are plenty of other viable candidates, he added, including regional casino operators based in other markets that could be looking for a foothold on the Strip.
“Having The Mirage as your marquee property could be very exciting because now you have customers in regional markets accumulating loyalty points, and an absolutely iconic property in Las Vegas to use those points,” he said.
Penn National Gaming President, CEO and Director Jay Snowden had similar comments when asked about The Mirage on the company’s earnings call on Thursday, saying “If we were to find the right asset at the right location at the right price, of course we’d be interested.”
Penn is in the process of selling its lone Strip hotel-casino — the Tropicana — to Bally’s Corp. for $308 million. The company also tried but failed to buy The Cosmopolitan of Las Vegas, losing out to MGM’s $1.6 billion bid to acquire its operations. But Snowden said he doesn’t feel the need to chase any property just to get onto Las Vegas Boulevard.
“It would be great to have an asset that we could create some retention value when (customers are) in Vegas,” Snowden said. “But we don’t think that such a strategic imperative that we would chase an asset or overpay.”
Diversification
Combined, Caesars and MGM currently operate more than half of the casinos that sit on the Strip. MGM is in the process of adding another, having agreed in September to buy the operations of The Cosmopolitan of Las Vegas in a deal expected to close next year.
Both companies moving to sell off one of their properties will be good for the livelihood of the Strip, said Chris Grove, an analyst with California-based Eilers & Krejcik Gaming.
“Competition drives innovation, and innovation is critical to the Strip continuing to earn its historical reputation as a one-of-a-kind destination,” Grove said. “The Strip has always relied on cycles of new ownership that build something fresh and intriguing on top of the firm foundation provided by the experiences of the past. It feels like we’re due to enter one of those cycles. “
History
Feldman, the UNLV fellow, knows The Mirage as well as anyone.
He moved to Las Vegas in 1989 for the opening of the resort as an outside public affairs adviser. He spent 11 years with the-then Mirage Resorts and another 18 with MGM Resorts after MGM merged with Mirage in 2000.
With its focus on luxury and world-class features, The Mirage helped change the face of Las Vegas by ushering Las Vegas into a new era dominated by integrated resorts that went far beyond the casino floor and helping cement the blueprint that every other company would soon follow.
And it caught the attention of Wall Street like never before, Feldman said. Even though the resort was built using so-called junk bonds, the resort paid them off faster than most and replaced them with low-interest, mainstream loans.
“What followed The Mirage was billions and billions of dollars of investments in Las Vegas,” Feldman said. “Had The Mirage not succeeded, that never would have happened.”
While the resort is now more than three decades old, it still has outstanding value to potential buyers, Feldman said.
It sits on 77 acres right in the center stretch of the Strip, with plenty of unused space where new attractions or buildings could be built. The resort has been remodeled and upgraded multiple times, helping hide its age.
“As it is, it’s thriving,” Feldman said. “But with some renewed energy, and a new point-of-view, you could do even more.”