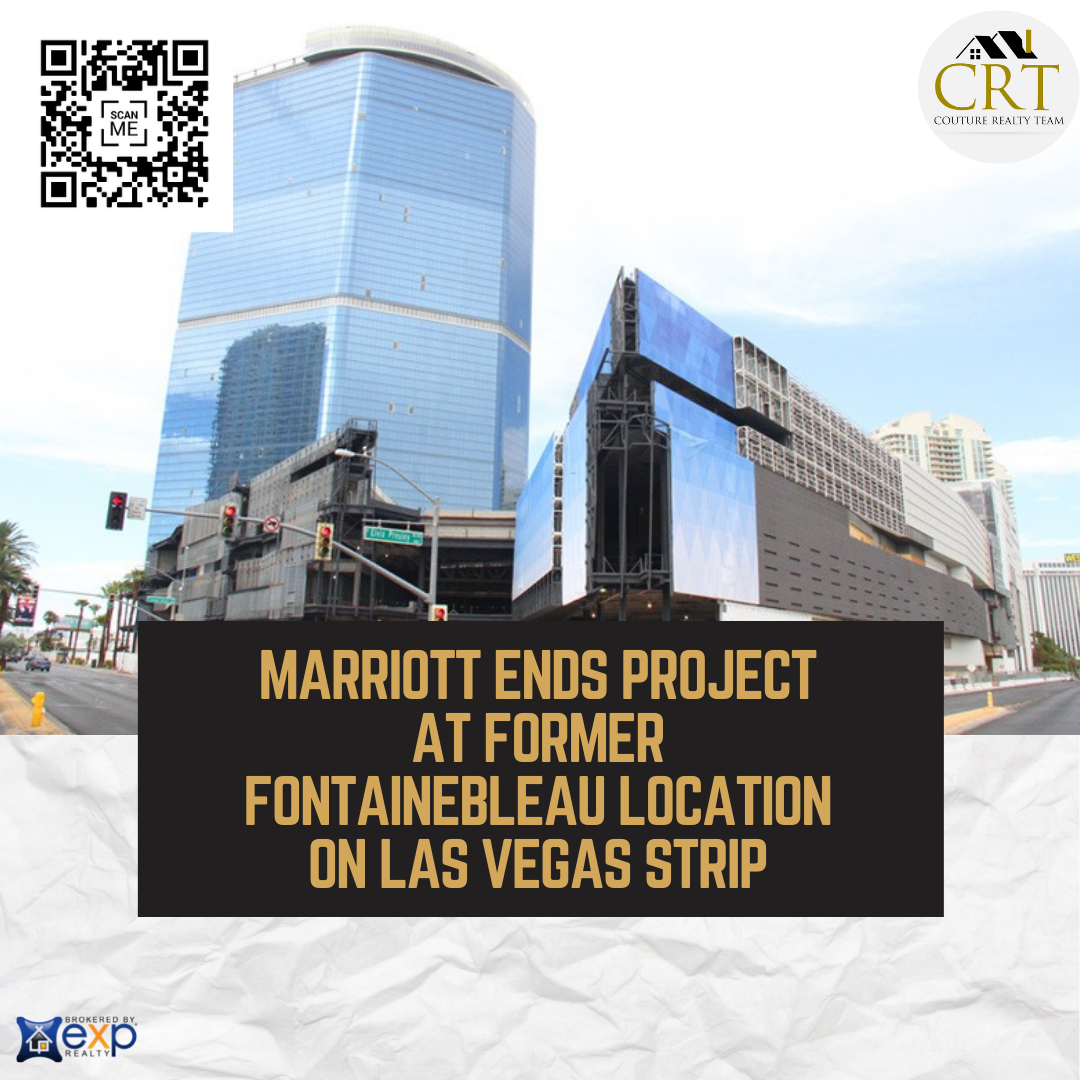 Marriott confirmed on Thursday that it is no longer part of the project for the former Fontainebleau property on the Las Vegas Strip.


The company in July had announced that the former Fontainebleu, which was renamed The Drew, would open in Oct. 2023 as the first JW Marriott property on the Strip.
Marriott had said the property would feature more than 3,700 rooms and suites and more than 500,000 square feet of meeting and convention space.
However, Marriott says it has exited the project.
"Marriott recently reached an amicable settlement with the hotel’s owner that has resulted in Marriott exiting the project," the company said via email Thursday afternoon.
The resort was originally named Fountainebleau Las Vegas before real estate mogul Steven Witkoff bought the property in 2017, and renamed it to the Drew.
In 2019, it was announced that the property would open in 2022 before the COVID-19 pandemic hit. Koch Industries bought the property in Feb. 2021.