Musk’s Finished Underground Transportation Loop Gets a Viewing in Vegas

Musk’s Finished Underground Transportation Loop Gets a Viewing in Vegas 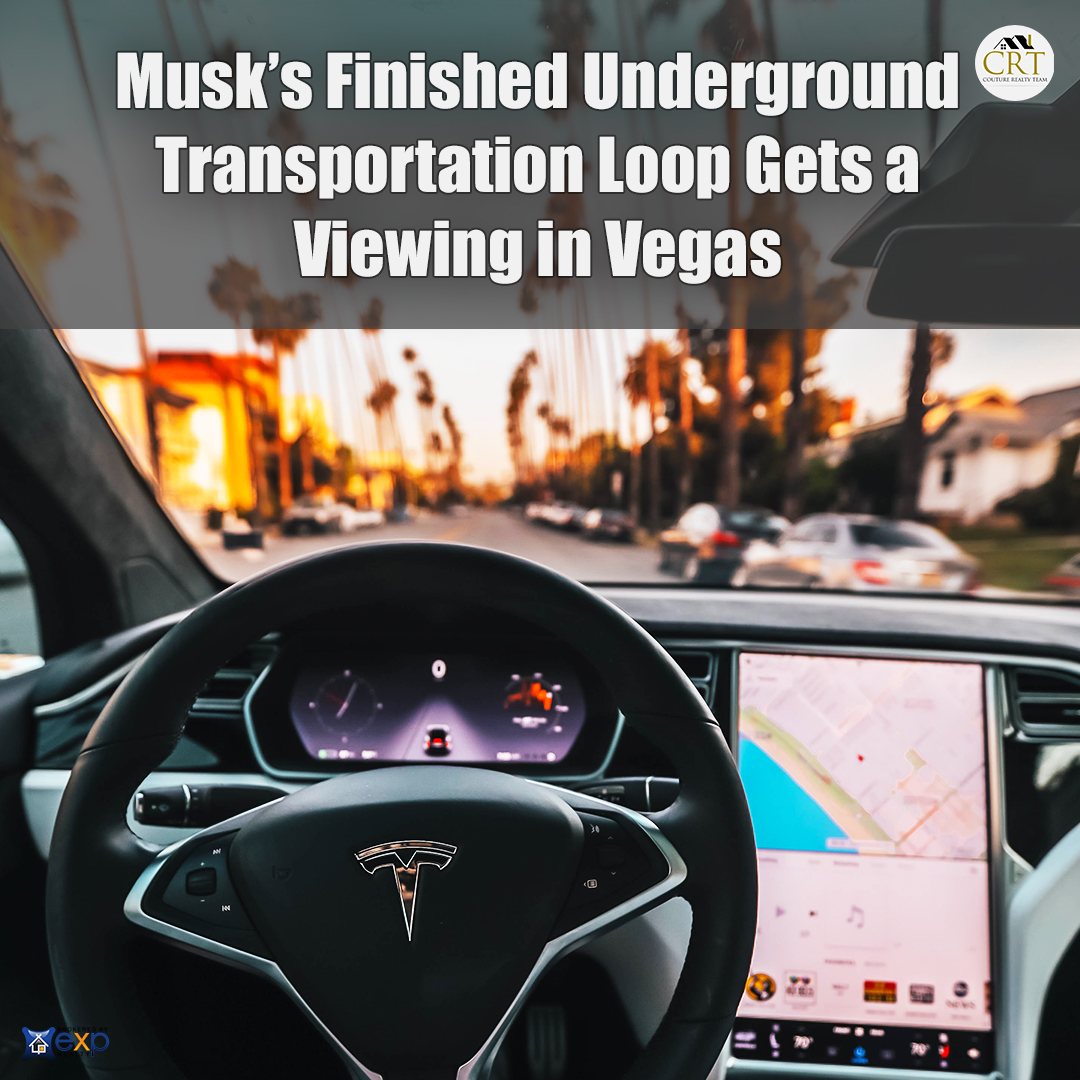 “There’s been a fair amount of undeserved skepticism around this project,” Hill said Friday afternoon as he addressed media members from one of the loop’s three passenger stations. “It’s innovative, but the technology associated with it is not, frankly, game-changing. It’s a tunnel, which we’ve been building for a long time, and it’s a roadway. Those things are not technically difficult.”

On Thursday and Friday, local and national media members got some of the first views of the completed $52.5 million dual tunnel system, which features three passenger stations.

It will be open, and available at no charge, for World of Concrete show attendees at the Convention Center in June.

The construction trade show will be the first major convention in Las Vegas since the onset of the COVID-19 pandemic in early 2020.

System users will be transported through the tunnels — each runs for just under 1 mile — in electric Model 3 and Model X Tesla vehicles, which reach speeds up to 40 mph.

The tunnels were built by the Boring Company, a firm owned by billionaire Elon Musk.

The vehicles will be operated by Boring Company employees, but the company plans to eventually use only autonomous Tesla cars.

“This is a first for the world,” said Lori Nelson-Kraft, an LVCVA spokeswoman. “We thank the Boring Company for letting Vegas be first, and for their tenacity, vision and ability to get things done.”

The system — digging started in late 2019 — represents the first commercial project for Musk’s Boring Company, though multiple proposals to expand the system around the Las Vegas resort corridor are on the table.

“This is a pretty big day for us, and a pretty big day for Las Vegas,” Hill said. “A little less than three years ago, somebody I knew from Tesla called me and said they’re looking for the right places to prep tunnels for the Boring Company. At that time, they were looking at L.A. and D.C. and Chicago. I told them I thought it made a lot of sense in Las Vegas and that Nevada could move faster than those other places.”

Inside the twin tunnels, which are illuminated and change colors, as one might expect in Las Vegas, there’s just enough room for one vehicle. Authority officials said there are no plans to sell advertising space inside the tunnels.

When fully up and running, the system is designed to transport up to 4,400 people per hour in more than 60 cars under the 200-acre campus, authority officials said.

On Friday, 11 cars were operating to show onlookers the system.

The Central Station is the only one of the three passenger stations — which are about 2,400 feet apart — to be underground.

To get to Central Station, riders would take an elevator or an escalator 40 feet beneath the surface.

“We think this is going to be an attraction in Las Vegas for a while, in addition to just being a transportation system,” Hill said.

While Hill said the Boring Company still plans to use only self-driving Tesla vehicles at some point in the future, he said it made more sense to have human drivers to open the system.

“Nobody has experienced this system,” Hill said. “To start it out without drivers would add a layer of concern that we didn’t want to have. We’ll work toward autonomy, and that will certainly happen. People ought to quit saying that what we’re saying is not going to happen because they’re going to be proven wrong.”