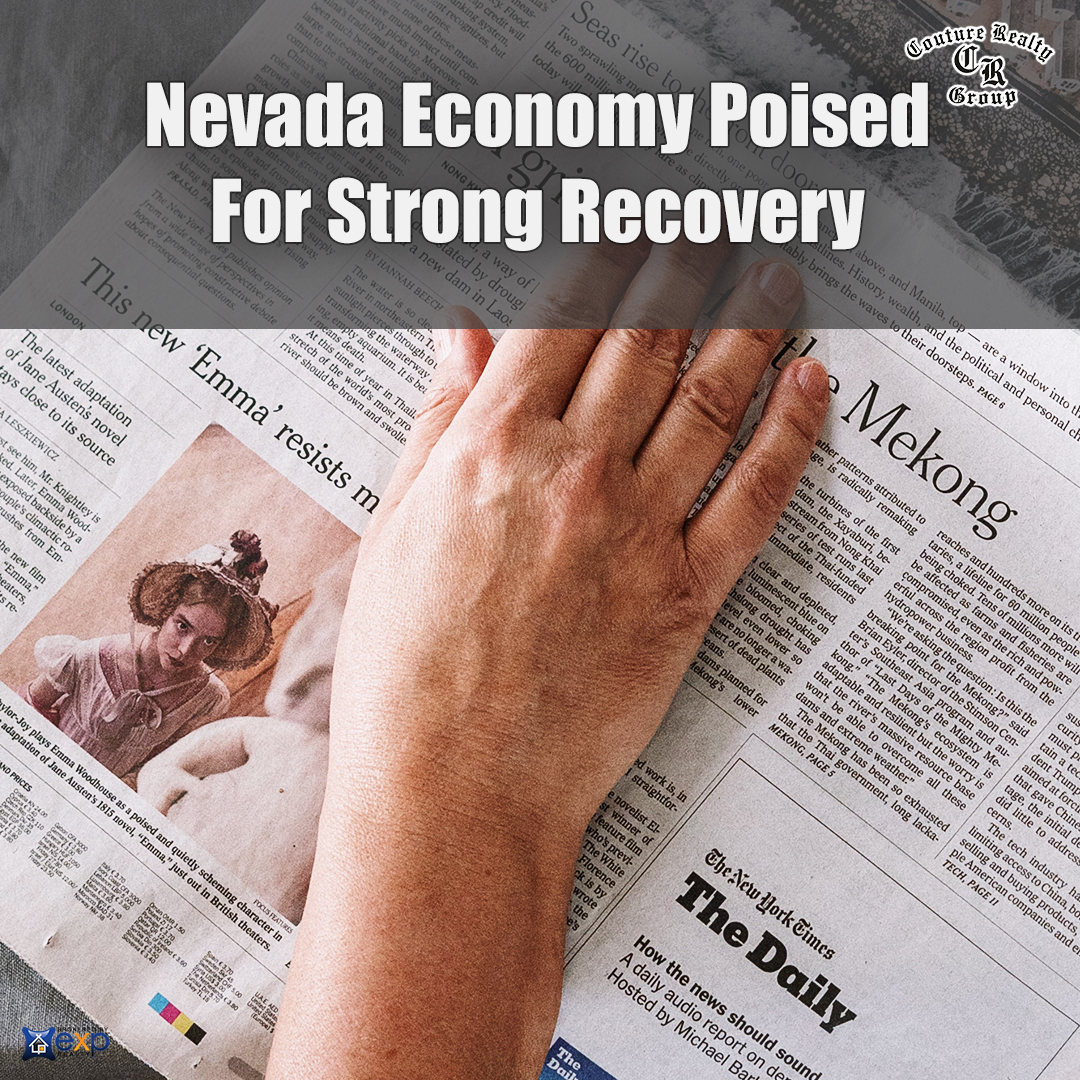 Nevada’s top economic development official said the state’s economy is primed for a strong recovery after the pandemic, saying “we should row towards that Gatbsy-esque green light.”

Michael Brown, director of Gov. Steve Sisolak’s Office of Economic Development, said Tuesday that the state has responded to small businesses’ call for help with relief grants over the past several months.

The Las Vegas Global Economic Alliance held its annual State of Economic Development over Zoom on Tuesday with various state and municipality leaders to discuss accomplishments made in 2020 and the future.

“(We’re) now into the recovery phase,” he said. “I know from my own personal rowing experience that you can row against the current, you can move forward and I believe that we should row towards that Gatsby-esque green light because I think that’s the American spirit and the spirit that we have in Nevada.”

Brown said Nevada’s economy will stop scrambling in 2021 with a focus on moving forward, adding that the state needs to “capture” the billions of dollars in federal and private money that could kick start the Silver State.

With vaccination efforts underway, Brown said that once the majority of the population gets inoculated, Nevada will be primed for success.

“Just as the 1918 pandemic was followed by the Roaring ’20s, a period of great economic expansion and great economic innovation, as we look forward to that next normal, I believe it will look much like what we see in the 1920s economic recovery,” he said.

The state, Brown said, delivered much-needed aid to small businesses in the form of grants.

“We were able to infuse $60 million into small businesses from the period of October to December. If I’d been smarter at the time, I would have called it Operation Dunkirk,” he said, referring to the evacuation of trapped Allied troops on the beaches of Dunkirk where hundreds of private boats traveled from England to northern France in May 1940.

Diversifying the state’s economy and providing the skills needed for in-demand jobs is necessary, said Melody Rose, chancellor of the Nevada System of Higher Education.

“As I’ve learned very clearly since my arrival in August, when the global economy sneezes, Nevada gets pneumonia because we haven’t done enough to diversify to diversify our economy,” Rose said. “Yet, we are reskilling and upskilling our workforce through new and expanded short course certificates to do our part to get Nevadans back to work.”

Rose cited the $6.9 million grant from the U.S. Department of Commerce last week as an area that will train and support communities that have high unemployment and are underserved. The grant will help the College of Southern Nevada build a new workforce training facility for such communities, in partnership with the city of Las Vegas.

Federico Zaragoza, president of CSN, told the Review-Journal last week that the workforce development center is “very unlike what we’ve done in the past.”

“When people get the opportunity to work in a variety of high-impact careers in Nevada, the entire state benefits: We become more entrepreneurial and resilient to economic downturns with more education, our citizens are less likely to require public assistance,” she said.

Business and city government leaders are also seeing signs that the Nevada economy is rebounding.

Jonas Peterson, CEO of LVGEA, said that the state has made gains in economic development opportunities over the past few years, “but we are still not diverse as our peers.”

Peterson said he’s seen several indicators that Vegas is getting back on its feet.

“Our pipeline of companies that are considering relocating to Southern Nevada is growing again,” he said. “It’s very encouraging that our unemployment rate is falling. We’re not there yet, but it’s going down. We’re seeing businesses adapt and innovate to make it through the pandemic.”

“I know that when we have public health stability that we will see a huge pop in tourism and visitation, it will be like the Roaring ’20s; it will be like, ‘The Great Gatsby,’ and we will see Las Vegas rebound,” Brown said. “But this is a moment where we also need to make sure that we’re not ever trapped in this situation again.”