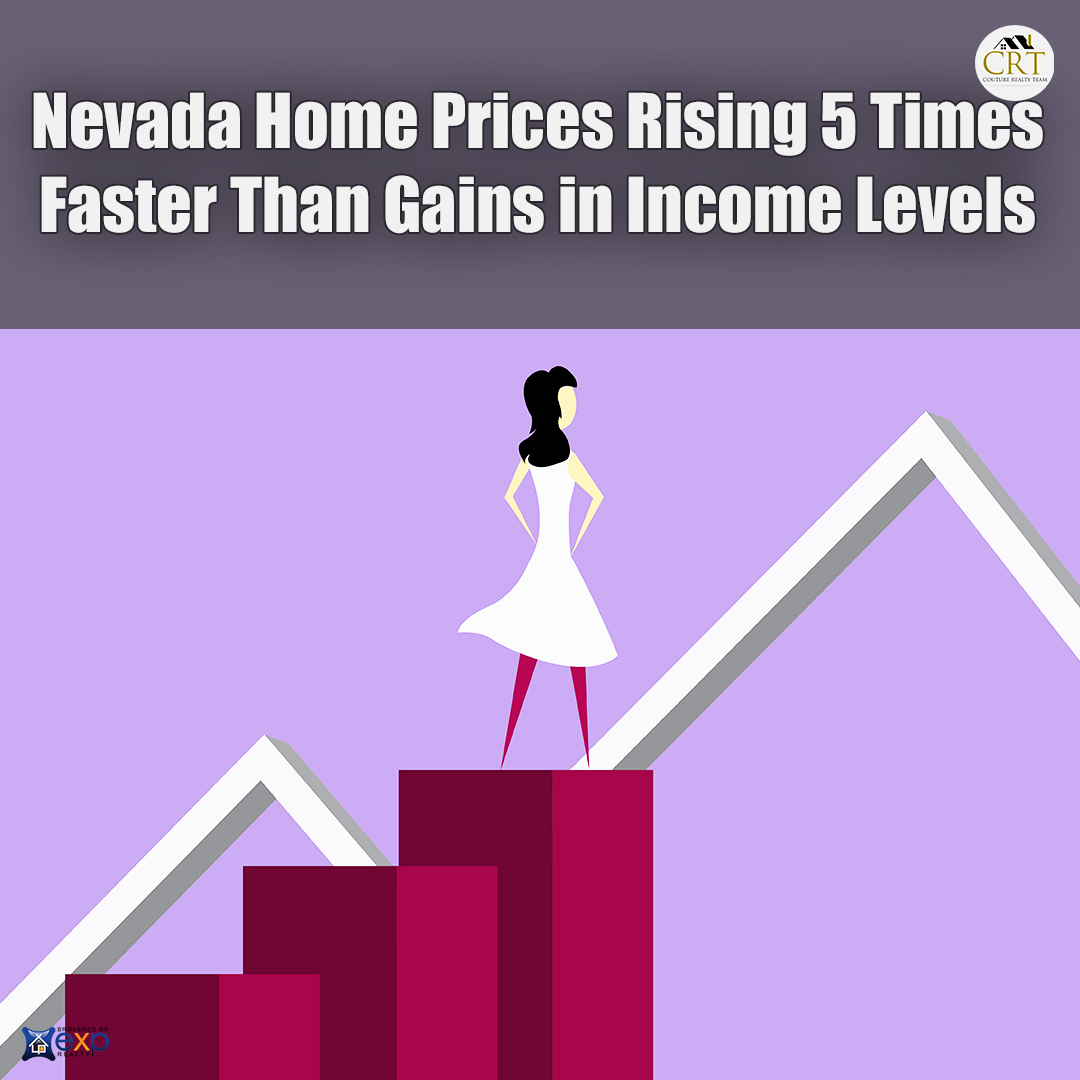 Nevada home prices are rising five times faster than people’s paychecks, according to a recent analysis.

That puts Nevada at the very top of the list for the disparity between income growth and housing price growth. After Nevada, Idaho is a close second and Arizona is third.

Nevada ranks at the top of a study that shows growth in home prices outpacing people's paychecks.

The study ranks states by the difference between median income and home price, by percentage points.

In almost every state, QuoteWizard notes, housing costs grew far faster than income. In Nevada, the median price of a house went up $275,724 more than the jump in income that occurred over the same time period.

Does that mean people can’t afford houses here? Not necessarily.

While Nevadans have watched prices skyrocket, the cost of a home in Las Vegas is still a bargain for people in California, where median prices are above $700,000, about double the most recent report showing a record $363,000 in Southern Nevada.

“While local home prices have never been higher, homes in Southern Nevada are still more affordable than they are in many areas and large cities in neighboring states,” said Aldo Martinez, 2021 president of Las Vegas REALTORS®.

“That’s one of the reasons people from California and other states continue to move here, contributing to our shrinking housing supply and pushing up prices,” Martinez said.

But buyers who live in the Las Vegas valley are finding the options limited. While they might be able to sell for a lot, finding a new home to buy lands them in a very competitive market.

“While it is true that Nevada has seen exponential growth in sales prices, we like to empower homebuyers by providing key facts,” she said. “Our current market is reflective of, one, historically low interest rates and, two, a seller’s market.”

Girma said both factors are temporary and subject to change.

“While this may seem discouraging, it is important to note that navigating a purchase in a seller’s market is difficult, but not impossible,” she said.

“Working with a knowledgeable lender and agent are more important than ever. Most importantly the housing market is cyclical, we strongly recommend that homebuyers use this time to tackle credit issues head on and take full advantage of the many homebuyer resources available throughout the state, such as financial literacy and down payment assistance available as they prepare for homeownership,” Girma said.

The largest increases in housing costs are found almost exclusively in the western half of the United States.