Nevada Reallocates $$$ in Bonds from High-Speed Rail to Affordable Housing

Nevada Reallocates $$$ in Bonds from High-Speed Rail to Affordable Housing 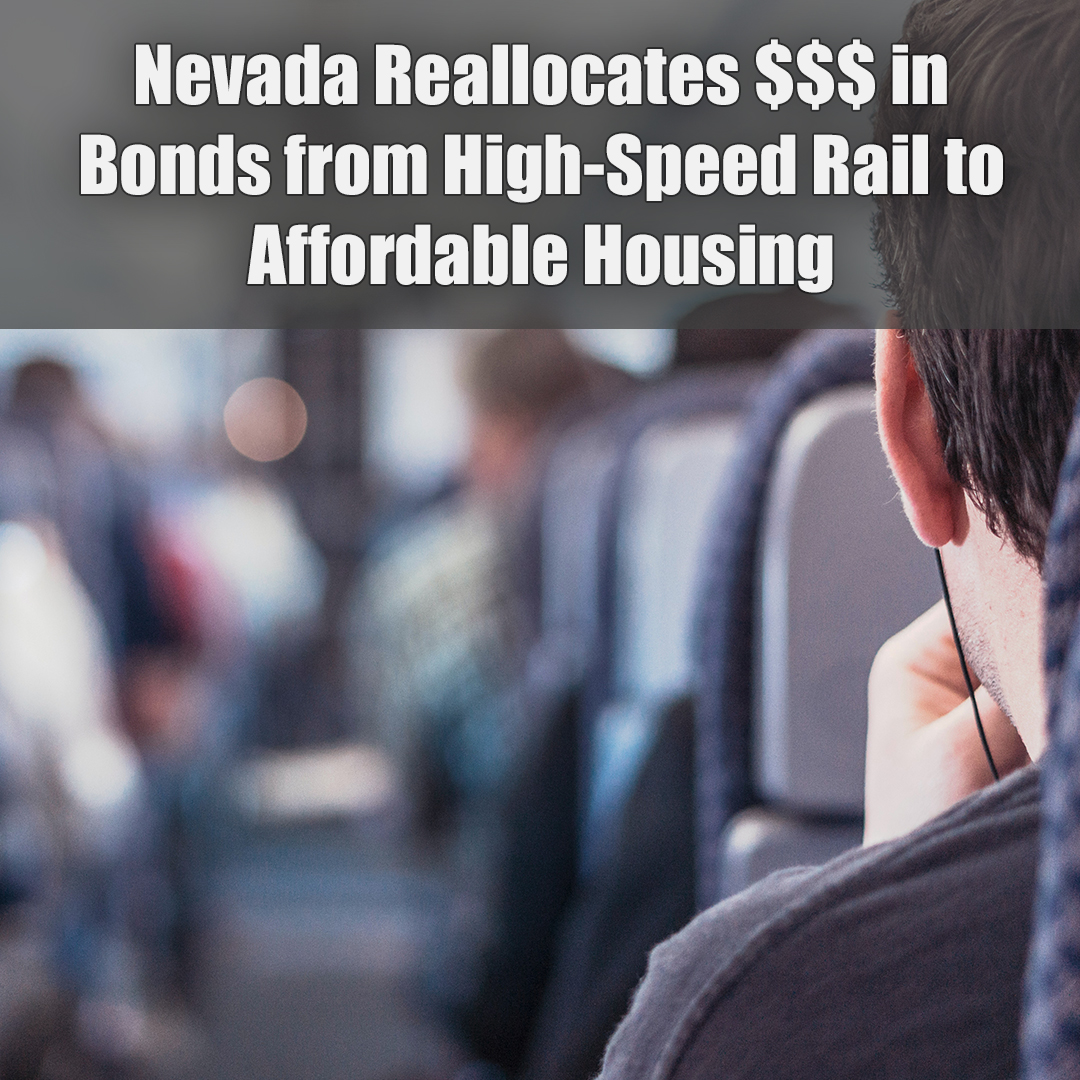 The $200 million in private activity bonds that were slated to go toward the Brightline West high-speed train project have been redirected toward affordable housing projects in Nevada.

The Nevada Department of Business and Industry approved redistributing the bonds from the 2020 bond cap at Tuesday’s Private Activity Bond Council meeting.

The $200 million will be split up with $183 million going toward multifamily affordable housing projects and $17 million to the Nevada Rural Housing Authority, according to Terry Reynolds, director of the state Department of Business and Industry.

“They (Nevada Rural Housing) do a mortgage certificate program where they do down payment assistance in the rural areas,” Reynolds said.

Brightline can reapply for the bonds next year.

“Nevada has been a tremendous partner in this project, and we appreciate their support as we navigate the market and bring Brightline West to fruition,” said Ben Porritt, Brightline spokesman. “We’ll communicate with them over the coming months as we evaluate our options and appreciate their willingness to remain flexible throughout the process.”

Last month, California redistributed $600 million in private activity bonds it had approved for the high speed rail project, again allocating the money to affordable housing projects in the state.

Brightline marketed $2.4 billion in its bond offering this fall. Under Internal Revenue Service guidelines, it was allowed to market the $800 million in private activity bonds from Nevada and California for up to four times that amount.

The funds were planned to go toward constructing the initial rail line between Las Vegas and Victorville, California, as well as a station in each city. Future work would have connected the Victorville station to planned stations in Rancho Cucamonga and Palmdale, which would have connected the line to downtown Los Angeles. The project at full build out was projected to cost $8 billion.

Brightline postponed its bond sale last month amid unstable market conditions and put the project on an indefinite hold.

Nevertheless, Reynolds said it was the right decision based on his experience working with bonds.

“When you have a contentious election like this one, the market can be unstable for these types of bonds,” Reynolds said. “I think it was prudent on their part to not go ahead and to look at next year when I think the market will be a little more stable.”