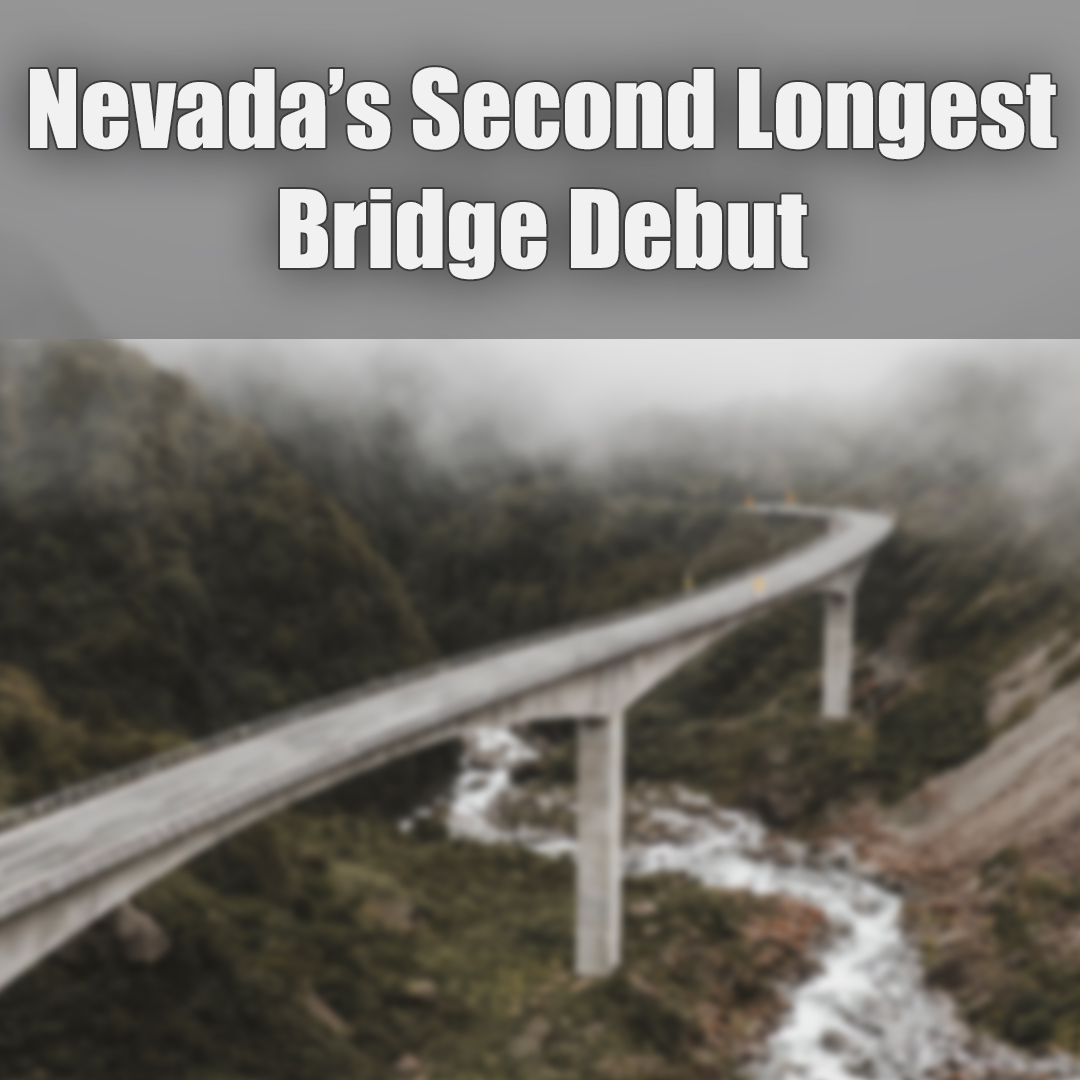 The Nevada Department of Transportation (NDOT) announces the debut of the state’s second longest bridge at noon on Sept. 28.


The 2,635-foot-long flyover will connect northbound U.S. Highway 95 with the westbound 215 Beltway in northwest Las Vegas. (The state’s longest bridge is the 1.6-mile-long Interstate 515 viaduct between Interstate 15 and Eastern Avenue in downtown Las Vegas).


The 13-span structure is connected by four frames and reinforced with 3 million pounds of steel rebar or enough iron to build 45 Sherman tanks. And it took 14,300 cubic yards of concrete delivered by 1,500 cement mixer truck trips to complete.


The half-mile-long northwest connector is part of the $73 million Centennial Bowl interchange project that broke ground in January 2019.


The project additionally entails building a second, smaller interchange bridge that measures 30-foot- tall by 35 feet wide. It links the eastbound 215 Beltway with southbound U.S. Highway 95. The south-to-east flyover will be 1,655 feet long or roughly the same distance as the Sears Tower laid on its side.


The project’s two massive flyovers, which crisscross in midair, sit atop a foundation of 60 drilled piles up to 80 feet deep and 10 feet in diameter. Other improvements entail drainage upgrades and new lighting, landscaping and Intelligent Traffic System (ITS) enhancements.


The massive undertaking, employing up to 150 skilled tradesmen, is being underwritten through a combination of federal ($19 million) and state ($54 million) funds.


The remaining project components and flyovers are scheduled to finish in mid-December 2020.