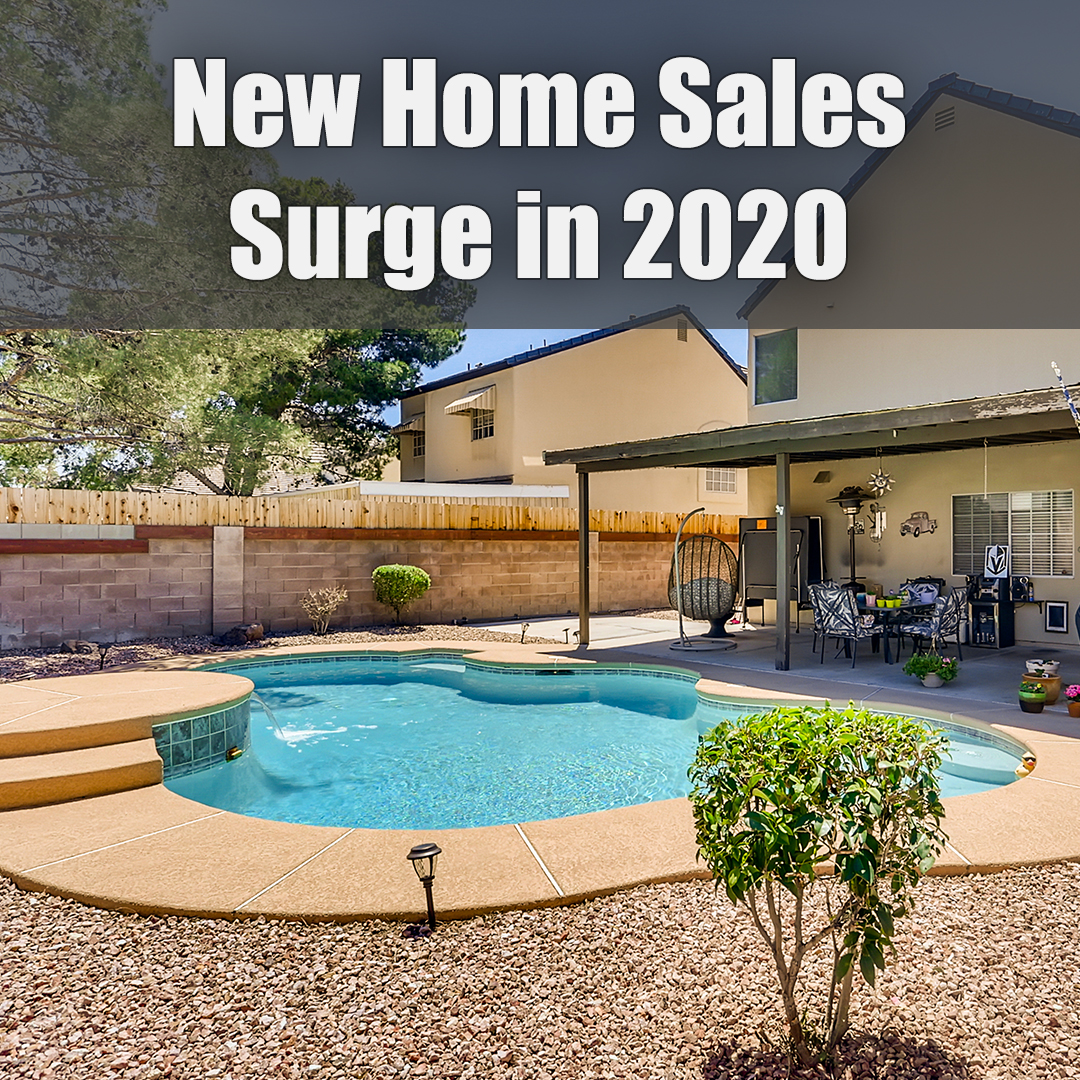 The Southern Nevada new-home market is on pace to approach and possibly surpass 11,000 net sales in 2020 — the most since 2007 — as final numbers are calculated in the next few weeks, and that strong trend shows no signs of slowing as we head into 2021, according to those who monitor the home construction industry.

The surge in the new-home market comes in the most unlikely year given the COVID-19 pandemic, elimination of jobs and crushing blow to the economy. Sales started strong in the first 2½ months of 2020 but dropped substantially after the shutdown of businesses to contain the coronavirus and the ensuing economic uncertainty in late March and April. Cancellations spiked dramatically before the market slowly turned in the late spring and surged in the summer.

Home Builders Research President Andrew Smith said the new-home market continues to impress and defy even normal seasonal trends of a slowdown during late fall and early winter. Low interest rates and a lack of inventory of resale homes has kept new-home sales at a brisk pace.

“At that time, people thought if it did bounce back, they didn’t foresee it extending to the winter time like it has,” Smith said. “Even if we stayed with the normal seasonal trend, September, October and November were way above normal for their time of year. I didn’t expect it.”

Interest rates below 3 percent, people wanting to relocate to Las Vegas because of taxes or quality of life and residents wanting to upgrade their homes or move from their apartments has prompted the surge in sales, Smith said. He said he has heard some builders say that more than 50 percent of sales are to people from California and other states.

“All the reasons people move to Las Vegas seem to be amplified by being stuck at home and introspective about their living situation,” Smith said. “Also, rents are going up and mortgage payments are going down, so it makes sense for those people to buy.”

“The last time we saw that many months reaching that milestone was 2007,” Smith said. “Interest rates are remaining low and a lot going forward hinges on the Strip getting closer to normal. It has been able to withstand the job losses so far, but how long can that last unless people start going back to work. For now though, it’s hard to see it slowing down anytime soon with people moving here because we’re affordable.”

“My guess is 11,200 single-family and town homes (permits to build),” said Nat Hodgson, CEO of the Southern Nevada Home Builders Association. “I forecast 10,500 (ahead of 2020). Going through the pandemic, some people thought we would only do 6,000. Here we are having the best year in terms of volume since 2007.”

Hodgson said it isn’t like the downturn during the Great Recession because people are relocating here and need homes. Hodgson said he expects that demand to continue with only a couple of months of resale inventory, which creates more interest for new homes.

“There’s still a lot of people working, and they need a home,” Hodgson said. “One of my builders said their traffic in the last two months has been 70 percent from California.”

Despite the demand, Hodgson admits there will be some problems meeting it in 2021. COVID-19 shut down manufacturing plants for periods in 2020, and that has meant builders are short of roof trusses, air-conditioning condensers and electrical breakers. Some builders are even going to retail stores to buy appliances because of a shortage nationwide, he said.

“So now the houses being built for next year are already slipping two to three weeks,” Hodgson said. “Once you slip, you can’t make it up. We could probably build 20 some thousand homes if we could build them.”

In November, five builders again pulled more than 100 permits, led by DR Horton with 159. The most active project in permits pulled was a new community from build-to-rent giant American Homes 4 Rent with 39, Smith said.

KB Home was again the top-selling builder in November with 150 net sales across 40 communities, Smith said. Nine of its projects reported 10 or more net sales for the month led by Tarim, an infill project near Flamingo Road and Durango Drive, and their Greencourts line at Inspirada with 13 each. DR Horton (106) and Pulte Group (101) were the only other builders reporting over 100 net sales for the month, he said.

The top-selling community in November was Mosaic from Touchstone Living with 20. The town home project on Las Vegas Boulevard South “has been an exceptional performer since opening in late March, just as the pandemic was coming into full swing, Smith said.

Smith said he expected attached products to become even more prevalent in 2021 because of the need for affordability to create more density on the land that is available. Builders, however, will seek opportunities for higher-price premiums, he said. Town homes that might have been 1,000 square feet to 1,400 square feet likely will be built a little larger at 1,700 square feet to 1,800 square feet to meet demand, he said.

In November, there were 13 new-home projects opening for sale. They included offerings from Century Communities (1), DR Horton (1), KB Home (2), Lennar (5), Pinnacle Homes (1) and Taylor Morrison (2), Smith said. Of the 17 builders opening 112 new communities in 2020, Lennar has been the most active with 19 followed by Richmond American Homes with 16, he said.

Five of the projects are in the southwest submarket area, which has been losing market share for more than three years because of land constraints, Smith said.

The opening of developable land in the far west, south of Blue Diamond Road, the area west of Interstate 15 north of Cactus Avenue and several smaller infill projects seem to be inaugurating a new phase of increased offerings in “this desirable part of the valley,” Smith said. As was the case last month, only one of the new communities opening in November was an attached product type (Roxbury by Lennar), he said.

The median new-home closing price for all product types was $373,730 in November, a 1.5 percent decrease from November 2019, Smith said.