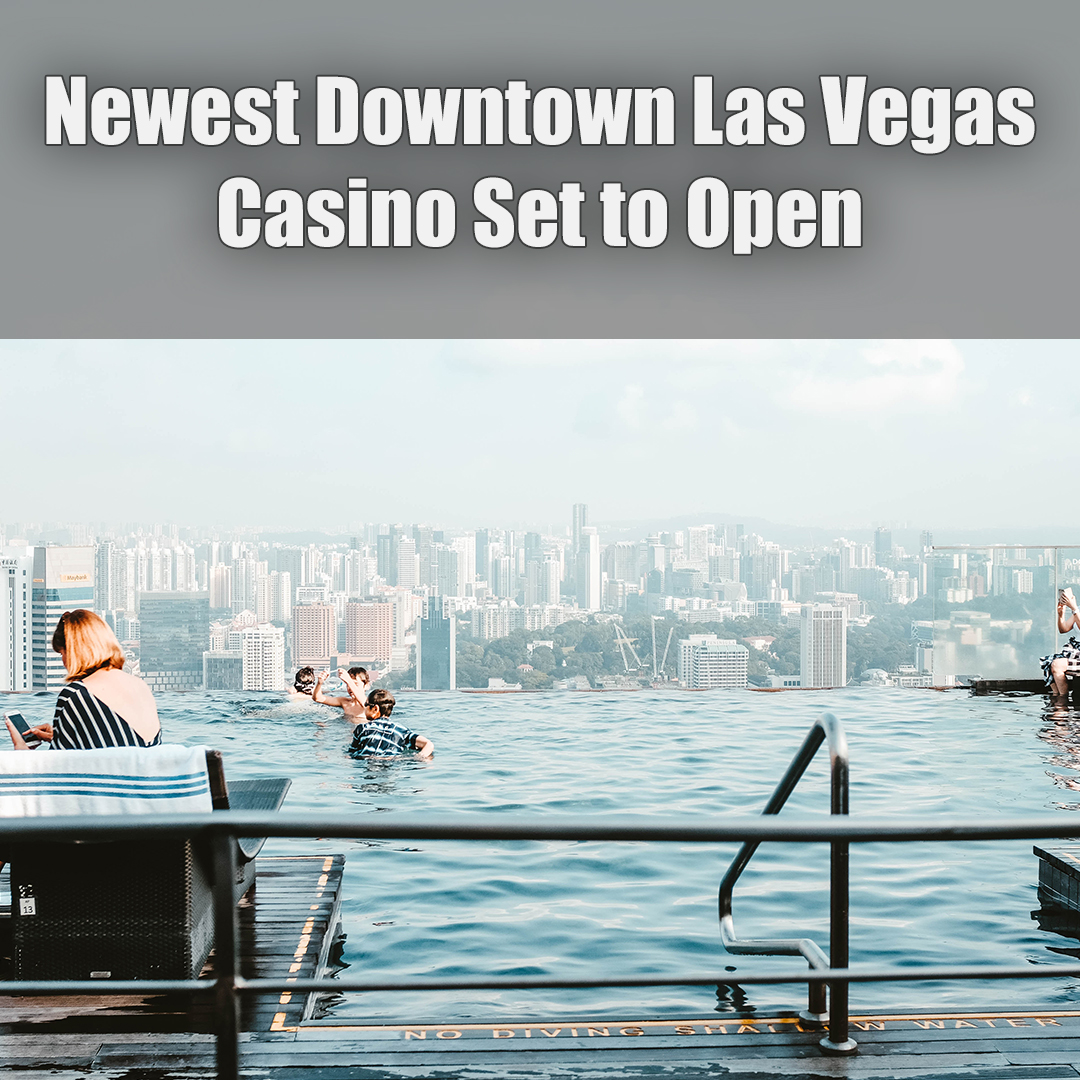 If the 1,000-seat sports betting auditorium at the Circa Resort & Casino doesn’t get you, maybe the six rooftop swimming pools will.


“We expect more than 4,000 people a day at Stadium Swim,” hotel co-owner Derek Stevens said during a recent preview of his sun-and-sports property set to open early next Wednesday in downtown Las Vegas.


It will be the only casino-hotel in town only serving people 21 and older. Identification will be checked at the door. Facial coverings and temperature scans also will be required.


Even during the coronavirus pandemic, Stevens predicted eye-popping sights for ticket-buyers making the trip downtown and the minute-plus ride up an escalator he calls the longest in Las Vegas.


“This is different. This is an attraction,” Stevens said of the poolside sights and sounds in a reception area about 100 feet (30.5 meters) above street level. He compared the concept to Top Golf venues mixing sports, drinks and entertainment.


“This is the big reveal: The screen with all the games on, the six levels of the pool," he said. “You come off the escalator and, Boom! You see everything."


He pointed to swim-up bars, cabanas, lounges, day beds, air-conditioned luxury boxes and eateries below an immense outdoor video able to show concerts or multiple sports games at a time.


The southward view promises endless sky and poolside sun above the canopy of the Fremont Street Experience casino mall. It’s framed by the upper stories of the Plaza, Four Queens and Golden Nugget hotels. Stevens touted an advanced pool filtration system and heaters capable of more than 100-degree (38 Celsius) water temperatures even in winter months.


“A lot of pools in the history of Las Vegas were really designed as an amenity to the hotel,” Stevens said. “This hotel is almost an amenity to Stadium Swim.”


Stevens won't say how much it all cost to build, calling it privately financed. He said he expects to employ about 1,500 people, including union workers.


For patrons, there is an eight-story structure across Main Street with almost 1,000 parking spaces, dubbed Garage Mahal.


Circa plans to open some hotel rooms and suites Dec. 28. Its eventual 777 rooms is modestly small in a tourist destination where resorts number rooms in the thousands and the Las Vegas Convention and Visitors Authority keeps tabs on nearly 150,000 rooms.


Not all casinos have reopened following closures that Nevada Gov. Steve Sisolak ordered in mid-March to prevent crowds from gathering and spreading COVID-19.


Boyd Gaming's downtown Main Street Station across from Circa remains shuttered. The number of visitors to the region this year has been less than half the number in 2019, the tourism authority reports.


The rate of coronavirus infections is rising in Nevada. But the governor, a Democrat, said Tuesday the spike is similar to what other states are experiencing, and he has no plans to call for closures and other restrictions.


At 458 feet (140 meters) and 35 stories tall, Circa bookends Fremont Street with the D Las Vegas — now the second-tallest downtown hotel — also co-owned by Stevens and his brother, Greg Stevens. They also own the Golden Gate, which opened in 1906.


“This is the original core of the city,” said Robert Lang, executive director of the Brookings Mountain West think tank at the University of Nevada, Las Vegas. He noted the Las Vegas Strip grew with big resorts, live entertainment and conventions.


“Downtown was the original large-scale area for casinos," Lang said. “It was surpassed by the Strip in the ‘50s and ‘60s and has re-emerged in recent years as a niche market for younger tourists who seek a traditional city and vibrant street life.”


A studio for veteran sportscaster Brent Musburger's Vegas Stats and Information Network overlooks the wall of betting odds and point spreads and a half-circle of stadium-style seats each with electric outlets for laptops and beverage holders for drinks.


An immense video wall will show multiple races and games at a time. Stevens compares a second-deck overlooking the indoor scene with the right field stands at old Tiger Stadium in his old hometown, Detroit.


“This is targeted toward the sports fan,” he said. “But if you’re not a sports fan, you can come hang out with a group of friends.”


Leading the way past gambling tables and video slot machines toward the hotel lobby, Stevens noted the restored original neon “Vegas Vickie” sign that he and his brother acquired along with the old “Topless Girls of Glitter Gulch” property in downtown Las Vegas. Her cowgirl knee will once again kick, he promised.


A downstairs steakhouse offers the only exception to the 21-and-older rule. Children can accompany reservation-holding adults.