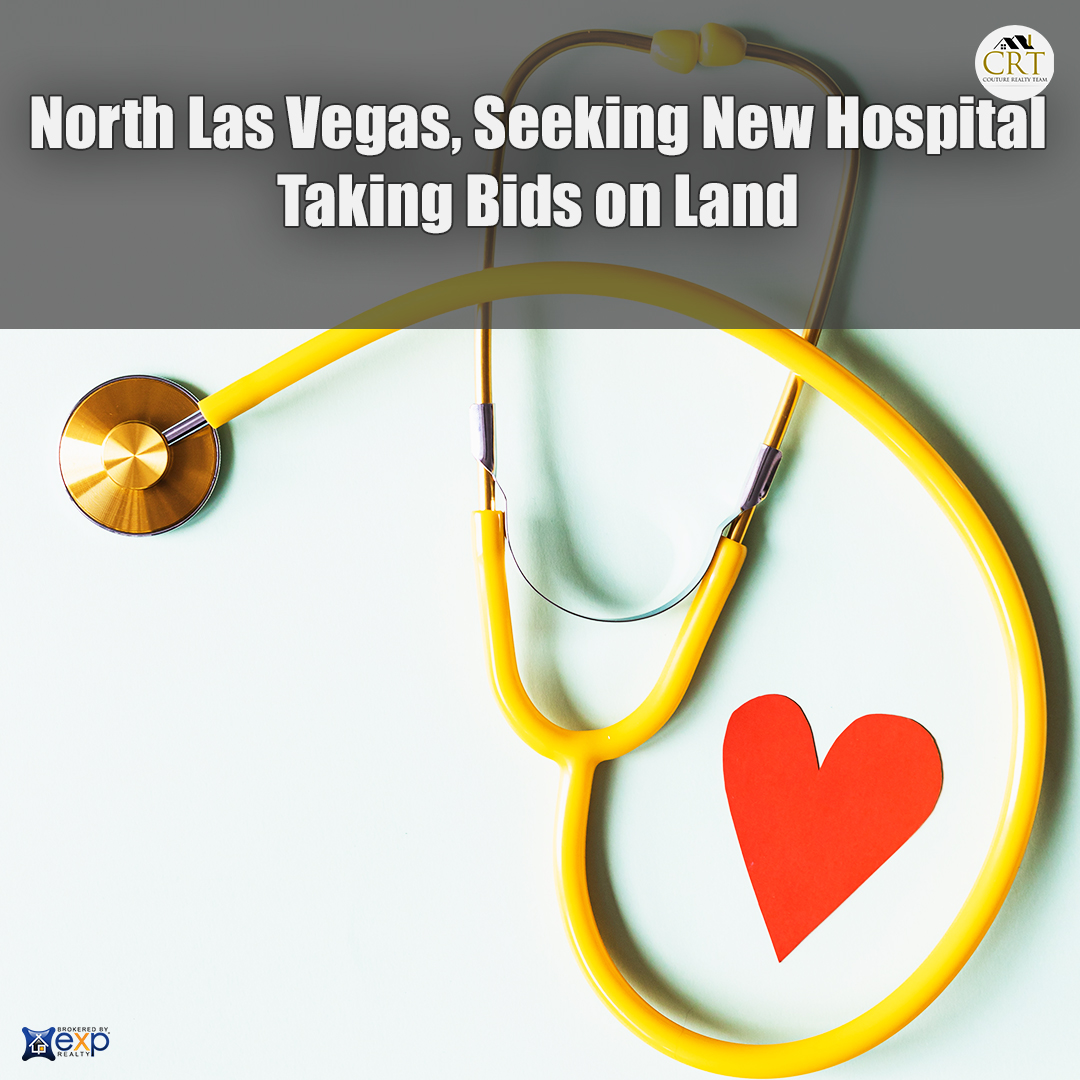 North Las Vegas wants a new hospital, and it recently put land that could support one out to bid.

On May 19, the City Council passed a resolution outlining its intent to sell about 135 acres in the northern part of the city. The land, directly west of Pecos Road and south of the 215 Beltway, is valued at nearly $37 million.

The city wants to attract a for-profit hospital and bring in medical offices, retail and a hotel, said Bill Legere, an economic development specialist for the city. Doing so would give North Las Vegas residents access to a level of medical services found in other cities.

The public has access to 209 hospital beds in the city, Legere said. North Vista Hospital, opened in 1959, is home to most of them.

“And we’re grateful for them because they’ve been here and been treating our citizens for a long, long time,” he said.

But the hospital lacks some services that are needed, Legere said.

North Las Vegas’ number does not account for beds in the VA hospital, which is across Pecos from the land the city is trying to sell for a new hospital.

Now, the city’s mission is marketing. Officials have targeted developers and hospitals across the country, as well as commercial brokers who specialize in real estate for the medical sector.

Legere said some have shown interest in the land, but he did not disclose specifics.

North Las Vegas received the land through an act of Congress in 2014. Once the land is sold, the money does not go to North Las Vegas, but instead is routed back to the federal government. The city would benefit from the tax base created by the development.

Bids need to be in no later than June 16, Legere said, and will then be reviewed by a committee. The council is slated to choose a bidder on July 7, Legere said.

The city is not required to award the land to the highest bidder. Instead, North Las Vegas has discretion to sell the land to a developer that will best serve its needs. If none of the bids satisfies the city’s needs, Legere said, officials can start the process over.