Northern Nevada within 700 Jobs of Normal

Northern Nevada within 700 Jobs of Normal 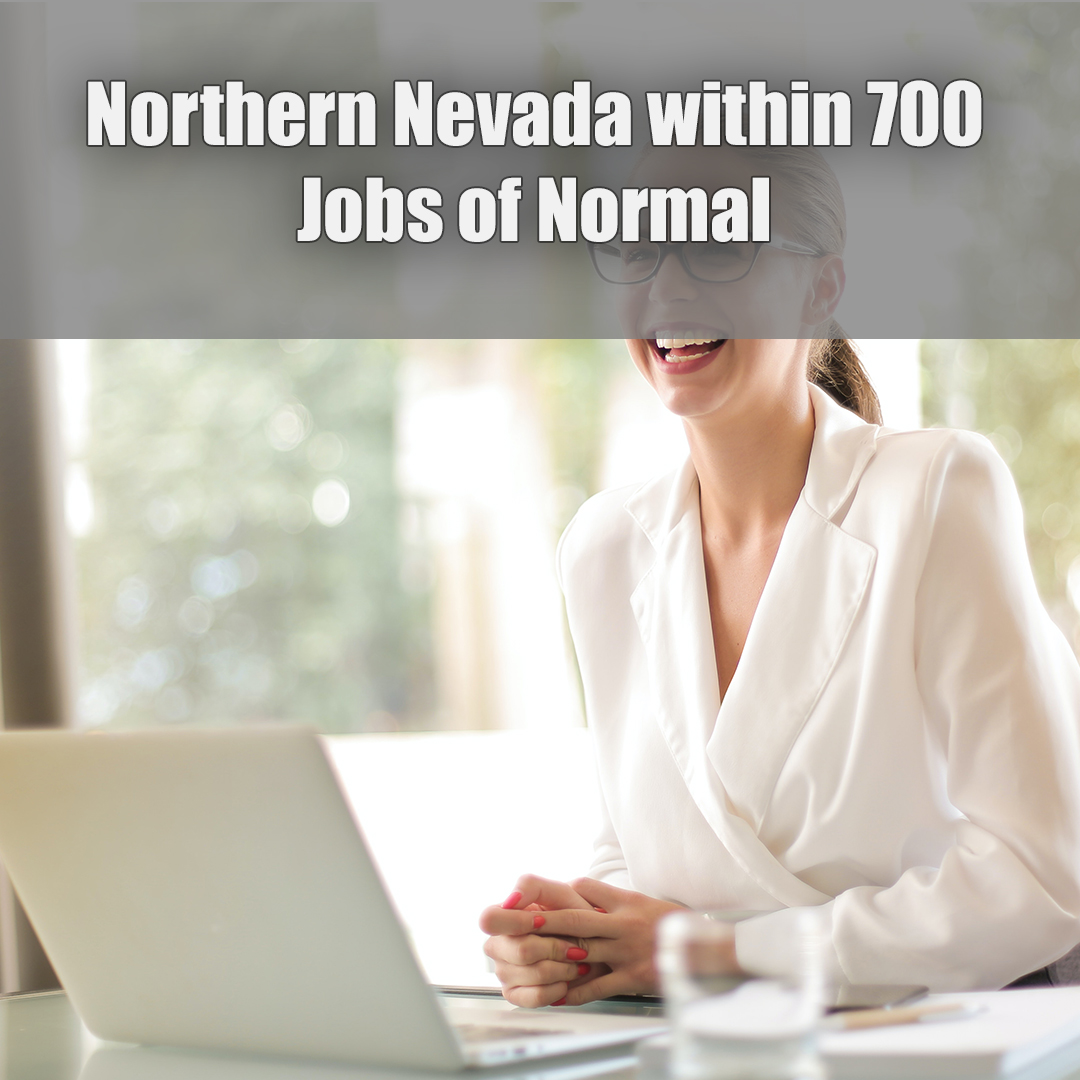 The Carson City area has added back enough workers to be within 700 jobs of pre-COVID-19 employment levels.


Though the state added 3,400 workers in September, the Las Vegas area has shed 129,700 jobs since September 2019, according to seasonally adjusted figures from the Department of Employment, Training and Rehabilitation.


“September saw Nevada adding back jobs for the fifth month in a row,” said David Schmidt, chief economist for the agency. “Despite this good news, the Las Vegas area remains at unemployment levels above what has ever previously been seen.”


An estimated 14.8 percent of the Las Vegas area’s workforce was unemployed in September. The bulk of the jobs lost were in the leisure and hospitality sector.


In the midst of the pandemic-induced recession, Nevada businesses have laid off or furloughed staff as sales and revenues dip. In September, several casino operators gave early warning layoff notices to state employment officials, citing unprecedented challenges caused by the coronavirus pandemic.


Tourism-dependent Nevada was hit hard by the pandemic with a 33 percent unemployment rate in April as businesses across the valley closed the previous month to help contain the virus’ spread. Casinos, the state’s main economic engine, were allowed to reopen in early June.


Nevada employers brought on 3,400 workers in September, compared with a gain of 6,500 the month before, DETR said.


The September hiring gains in Nevada were driven by service-providing industries, with an increase of 3,100 jobs. Mining added 300 jobs. Meanwhile, sectors in government, leisure and hospitality, and finance lost jobs last month.


Nevada’s seasonally adjusted unemployment rate dropped to 12.6 percent in September, down from 13.3 percent in August, but still up from 3.7 percent from a year ago.