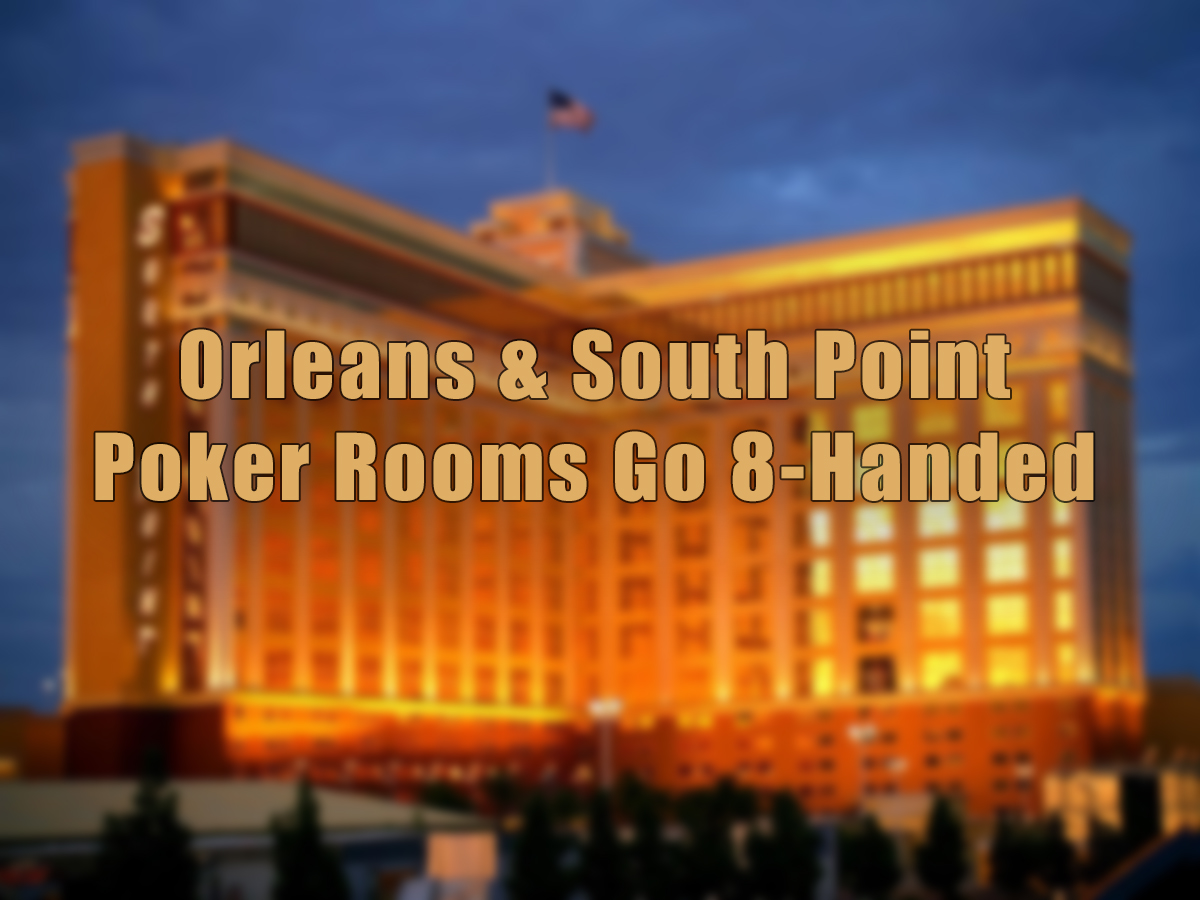 The Orleans and South Point have become the latest poker rooms in the Las Vegas area to expand to eight-handed play.


The rooms recently announced that they installed plexiglass dividers that allow for eight-handed play. The Orleans was previously six-handed with plexiglass, and the South Point hosted five-handed games without plexiglass.