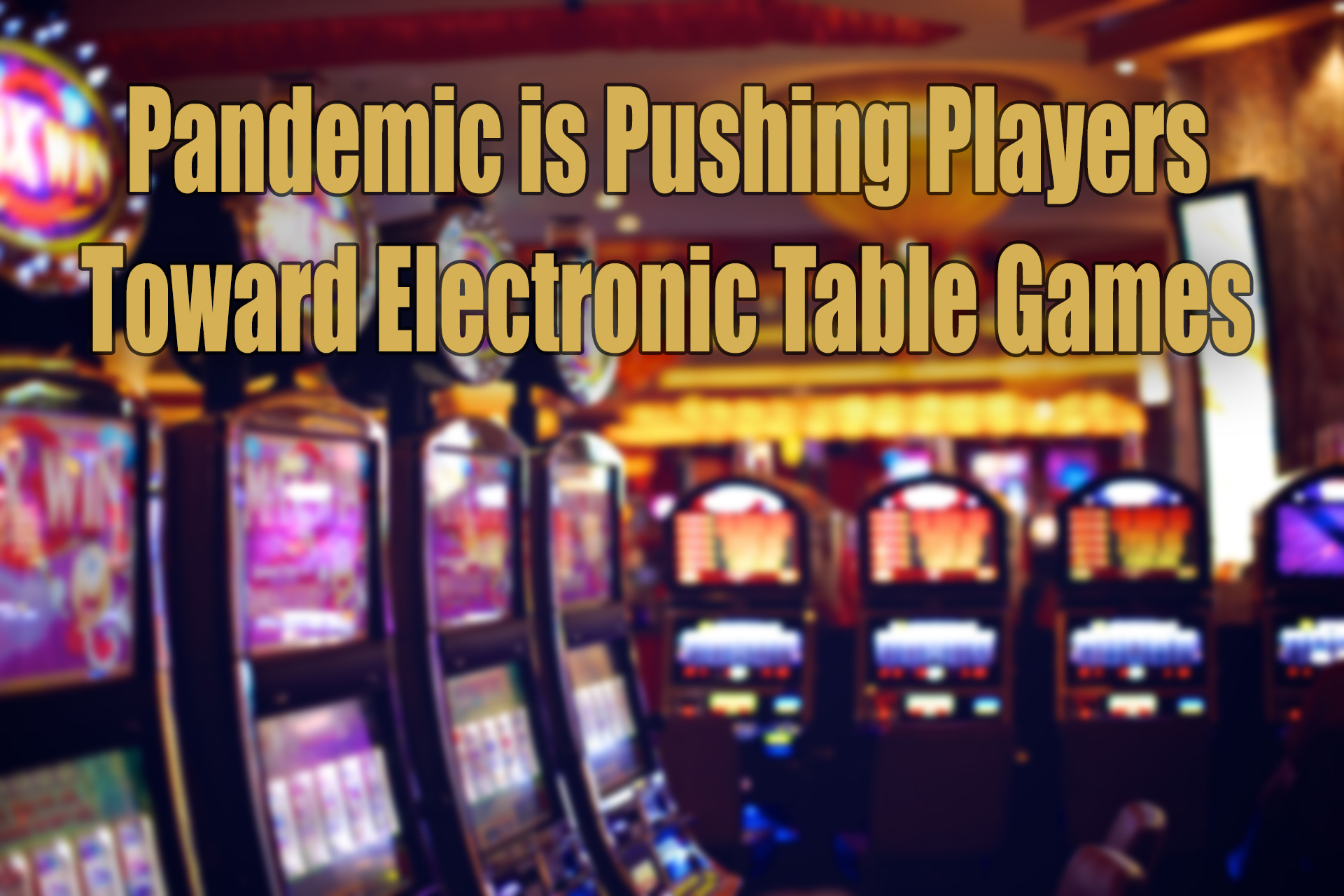 Demand for electronic table games has spiked during the coronavirus pandemic, as some players want to sit by themselves and casinos seek a cheaper way to offer games like blackjack and roulette, an industry executive said.


With the number of players at live tables limited by social distancing guidelines, “You can’t run an efficient, profitable table game with the labor that’s needed to do that, especially with the extra labor related to cleaning and wiping areas down,” Bone said.


Electronic tables games, or ETGs, have become “a huge solution to this problem,” he said.


When COVID-19 hit the U.S., leading to a temporary shutdown of Nevada casinos, it became apparent to Station Casinos officials that they would need to try some new things to bring back casino patrons, many of whom were concerned about the highly contagious virus.


“We had to think of everything we could mitigate in a totally pandemic-inspired world,” said David Horn, vice president of table games for Station and the general manager of Palace Station. “The increased ETG footprint was one of the first things we discussed.”


With casinos closed in mid-March, Station, a locals-heavy chain of casinos, moved to place new electronic tables in six of its properties that reopened in early June.


“Of the six, only Palace had an existing ETG product,” Horn said. “We had tried it before at Red Rock [Resort], but it was not very successful. Local blackjack and roulette players are very fickle. People are worried now [about COVID-19] and wearing masks and gloves, that’s part of the process. We thought that might push some people to ETGs.”


Most of the backlog of orders Scientific Games is working to fill consist of what the company calls “dealer assist” electronic tables, where a live dealer serves multiple players at their own gaming stations.


“One dealer can deal up to 250 individual terminals, all of them socially distanced,” Bone said. “Players can bet at their own pace and at their own price point. It’s about giving an authentic experience while also allowing them to not have to worry about the player to their left or their right.”


Bone said ETG makers are in a bit of an arms race—International Game Technology and Interblock, which are both Las Vegas-based, are two main competitors—as they try to put products out and secure business with gaming operators.


While more popular in Asia and elsewhere overseas, electronic tables will eventually gain traction in the United States, Bone predicted.


“I think domestic operators like Station and Boyd Gaming are quickly seeing the benefits that these products have to offer,” he said. “Right now, I think there’s kind of a taste test going on.”


When casino operators break down the habits of players, they group them into three categories—majority slot players, majority table game players and people new to the casino.


“All three are playing ETGs,” Bone said. “When we design these games, we have to contemplate each of those categories. Slot players largely have never played table games. Either they’re intimidated by them, or they don’t want to make a mistake. We need to make games that are simple and exciting for that player, but we also need to make them authentic, so people coming from a live table know they’re playing a game that functions the same way as what they find at a table.”


The elephant in the room is that casino officials are also hoping these electronic games attract younger gamblers, a demographic they’re constantly chasing.


“The millennial demographic seems to always be present on people’s minds,” Horn said. “We kind of thought that younger demographic would gravitate to these games quickly. Millennials are more adept at them, because they’ve lived their entire lives on an electronic device. That said, what we’ve seen is that the demographic is across the board, from seniors to whoever.”


One aspect that’s difficult for ETGs to overcome is the “social element” of the live game, “the high-fiving around a blackjack table that is hard to re-create,” Bone said.


Horn said a lot of table games players still want that “interaction, and they want that live card in their hand. They want to feel the dice.”