Popular Shows Announcing Their Return To The Strip

Popular Shows Announcing Their Return To The Strip 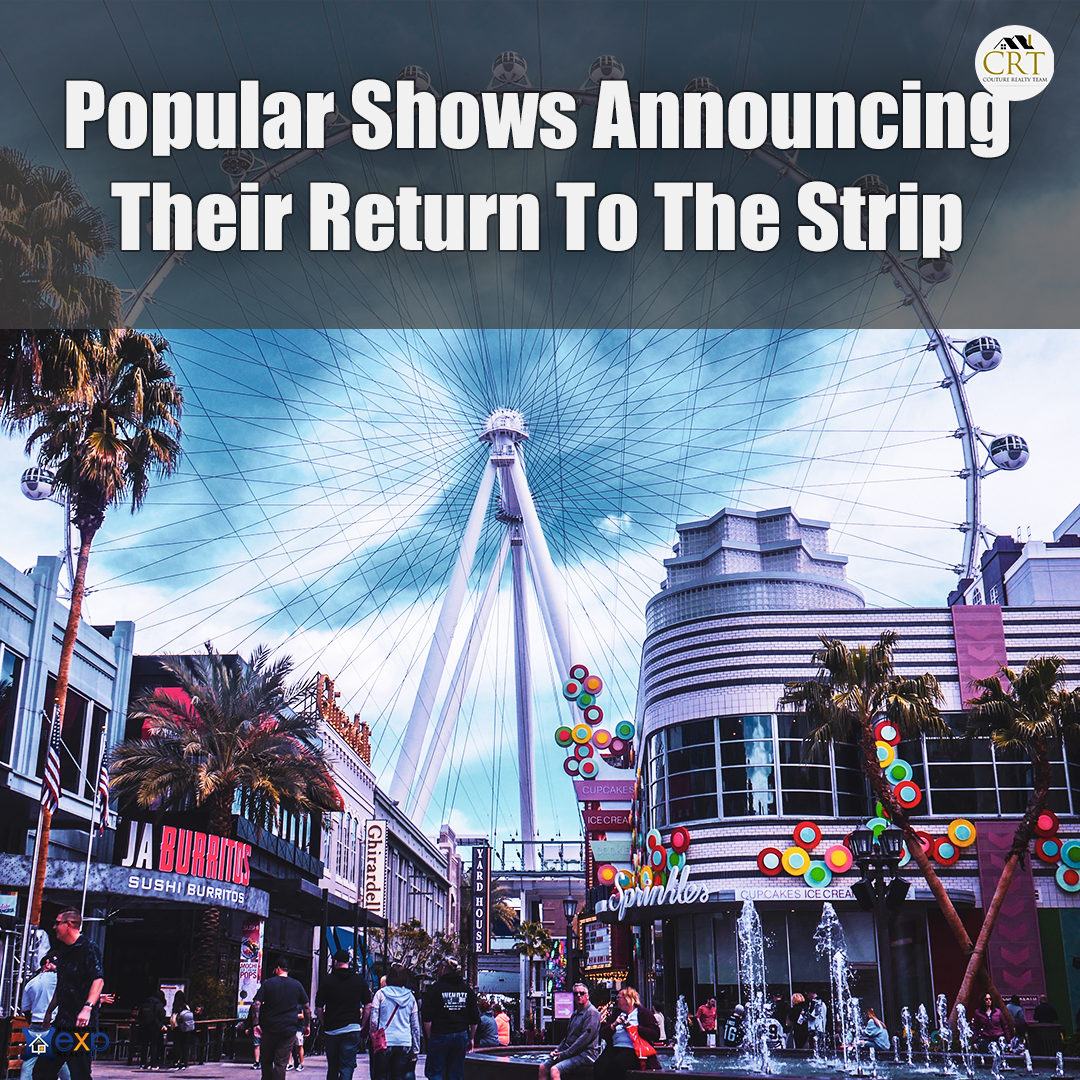 Intermission is over. One of the last links to Las Vegas returning to normal is on the verge of happening with the return of headliners to the main showrooms on the Strip.

While a number of second-level shows have been operating at lesser capacity the past few weeks, two major announcements in recent days have upped the anticipation surrounding live shows.

Cirque du Soleil is bringing back two of its five headline shows on the Strip, and Bruno Mars became the first A-lister whose residency is coming back.

“This is the moment we have all been waiting for,” Daniel Lamarre, President and CEO of Cirque du Soleil Entertainment Group, said in a statement. “Almost 400 days have passed since we had to take a temporary hiatus, and we have been anxiously awaiting our return to the stage.”

Cirque du Soleil is bringing back its two longest-running shows on the Strip, Mystére at Treasure Island on June 28, and O at the Bellagio on July 1. The company also owns the Blue Man Group, and its shows will return to the Luxor on June 24.

Cirque’s other three shows — The Beatles Love, Ka, and Michael Jackson One — will open later in the summer based on how ticket sales perform for Mystére and O.

Mars is the first major headliner to announce dates, and he’ll play nine shows starting July 3 at the 5,200-seat Park Theater at Park MGM. Tickets for all of those shows sold out within minutes of becoming available last week.

“The opportunity to relaunch our Las Vegas entertainment offerings with Bruno Mars, one of the music industry’s iconic superstars, is a moment we’ve all been anticipating for more than a year,” George Kliavkoff, MGM Resorts’ President of Entertainment & Sports, said in a release. “Our guests will be thrilled to hear he is returning to Park MGM to do what he does best – entertain with that high energy and passion that is unmatched on the stage.”

Caesar’s Palace will return live shows to The Colosseum with Usher starting July 16. He will play 18 shows over four months. Carlos Santana will play two dozen shows from August through December at Mandalay Bay.

Resorts World, the newest hotel on the Strip, set to open in late June, has upped the anticipation level for entertainment in its still-being-completed 5,000-seat arena. While no announcements have been made about residencies at the venue, Resorts World unveiled a commercial during the Academy Awards featuring Katy Perry, Carrie Underwood, Luke Bryan, and Celine Dion.

Planet Hollywood has not made any announcements about its Zappos Theater shows, home to residencies from, among others, Jennifer Lopez, Gwen Stefani, and Kelly Clarkson. The latter was set to begin her run just as the pandemic shut down the Strip last March.

“Without question, it’s really a big part of the puzzle. People equate certain things with Las Vegas and they want to see those things back,” longtime Las Vegas advisor Anthony Curtis told KTNV. “This is another big signal that Las Vegas really is returning.”

The return of Cirque du Soleil shows is a huge sign that Las Vegas is on the verge of a comeback.

“For us it is very symbolic, not to mention how emotional it is, to open those two shows first,” Lamarre told the Las Vegas Sun. “When I made the announcement to our employees, there were a lot of tears. People see the openings of Mystére and O as a clear signal to the world that Cirque du Soleil is back.”

While the company would love to begin doing the shows immediately, Lamarre said it was important to take about two months for rehearsals to get the shows just right.

“It’s very important when we open a show to the public that the quality is the same as it was a year ago,” Lamarre said. “The good news about our Vegas shows is that in general, with the cast and crews, 95 to 98 percent of everyone lives in Las Vegas and that makes it less complicated than other shows around the world.”

Hotels are not the only Las Vegas entertainment venues about to launch shows.

Allegiant Stadium opened in September without crowds for the inaugural season of the Las Vegas Raiders. But the $2 billion stadium is also planned for major concerts, and the first one is coming. Garth Brooks will christen the concert stage July 10 with 65,000 people in the stands.

And Broadway is returning to Las Vegas at the Smith Center, the performing arts venue located near the Downtown hotels. It’s launching its 2021-2022 series of shows including Cats, My Fair Lady, Tootsie, An Officer and a Gentleman, and A Christmas Carol.