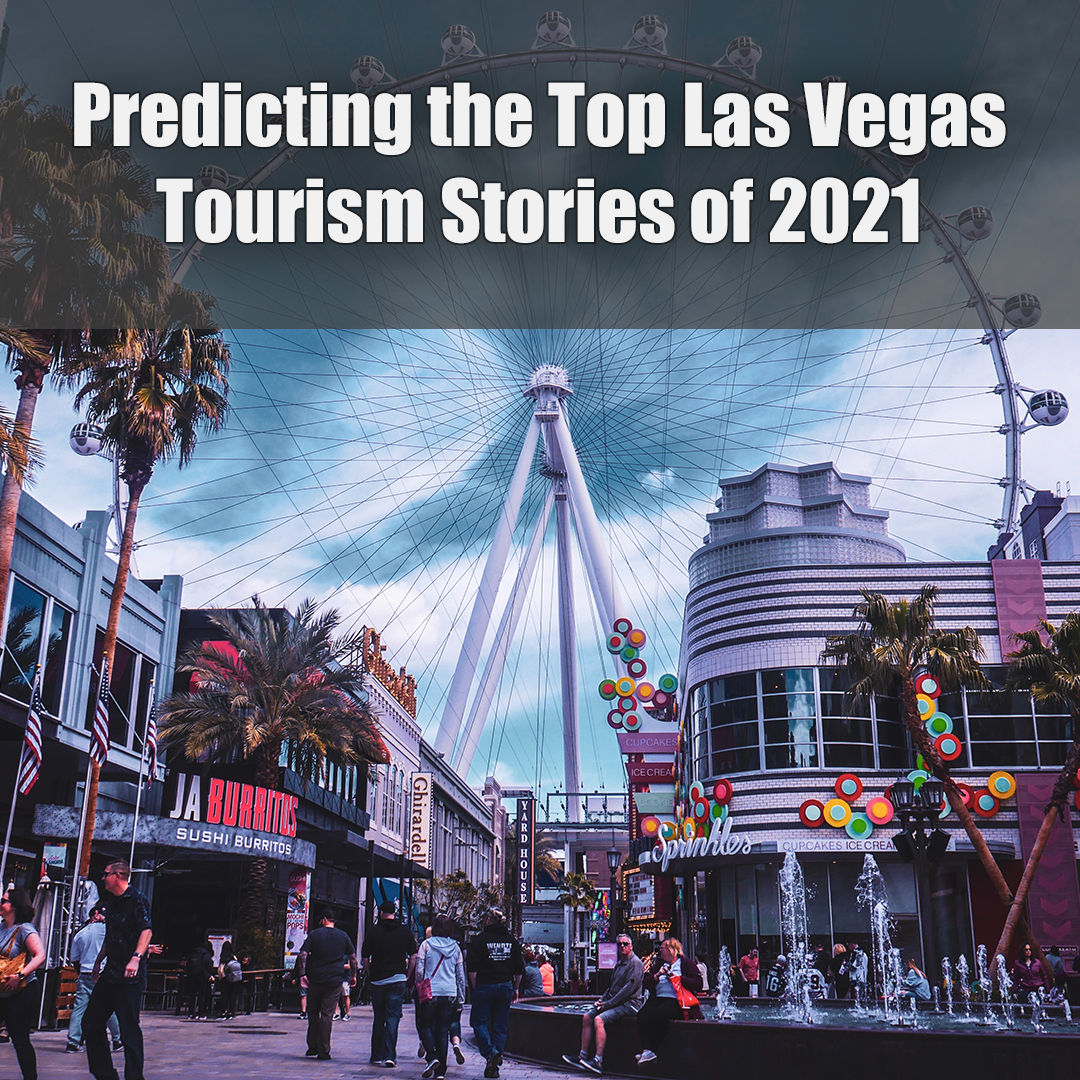 It’s time once again to share what will make headlines in the coming year by peering into the crystal ball and making educated guesses about what’s in store for 2021.


I’ve done this for several years now and will start out with how well I did for 2020.


It wasn’t perfect, but I did hit on several predictions. And who could have foreseen a pandemic of epic proportions and the huge outcry against social injustices that we saw last year?


— “Allegiant Stadium will open on time, and the first season of the Raiders will be played there without having to move games elsewhere.” On the nose, thanks to the diligent efforts of the Raiders, Mortenson Construction and McCarthy Builders, who delivered as promised. It looked a little iffy with roof engineering issues in the spring, but it all worked out.


— “The Boring Co. will complete its tunneling on schedule, and the opening of the people-mover system at the Las Vegas Convention Center will come down to the wire.” Another score. The system was scheduled to offer its first rides later this month, just as planned. We’re taking the Las Vegas Convention and Visitors Authority at its word that the system is complete, because Boring hasn’t invited us in the media to see it for ourselves.


— “The number of conventioneers coming to Las Vegas will break 2017’s meetings attendance record, but overall visitation will still fall short of 2016’s record. The number of passengers flying through McCarran will be higher than the 2019 record.” Definitely did not happen. A COVID-19 fail. And another one: I predicted that Las Vegas’ hosting of the NFL Draft in April would be a massive success. The pandemic prevented that from even happening.


— “The Caesars Entertainment Corp. buyout by Eldorado Resorts Inc. will be completed as expected, and the new Reno-based Caesars will sell Planet Hollywood to a gaming company that doesn’t currently have a presence on the Strip.” I was half right. The transaction occurred as planned, but Caesars still owns Planet Hollywood.


— “When Nevada Gaming Commission Chairman Tony Alamo ends his third four-year commission term in April, he’ll be replaced by a woman, meaning that both of the state’s gaming regulatory bodies will be headed by women.” A complete whiff on this one. When Alamo ended his term, Vice Chairman John Moran was appointed to replace him, and on top of that, Gaming Control Board Chairwoman Sandra Morgan resigned and was replaced by Brin Gibson. So two men head the state’s gaming regulatory system.


Here’s what’s in my crystal ball:


— Twin River Worldwide Holdings Inc., the Rhode Island-based company that acquired the Bally’s brand from Caesars Entertainment last year, will buy the Strip property with the Bally’s name on it. Caesars will continue to evaluate the sale of Planet Hollywood, as predicted in 2019.


— Nevada regulators will be successful in their Nevada Supreme Court appeal of Steve Wynn’s lawsuit suggesting that the Nevada Gaming Control Board and the Nevada Gaming Commission no longer have jurisdiction over him because he is no longer affiliated with or invested in Wynn Resorts Ltd.


The attorney general’s office will then move to discipline Wynn through Regulation 5 for his failure to exercise discretion to prevent incidents that might reflect on the repute of Nevada and act as a detriment to the development of the gaming industry.


— The pent-up demand for visits to Las Vegas will manifest itself in the summer months, but resort visitation and gaming revenue still won’t reach 2019 levels. The number of flights into McCarran International Airport will increase, but not to the level they reached in 2019, with international flights still lagging behind.


— Resorts World Las Vegas and Virgin Hotels Las Vegas will open by the third quarter, and both will be big hits with tourists.


— A resort company will try to replicate Circa’s Stadium Swim concept of providing a big screen to watch sports and movies but will fail.


— The Boring Co. will begin work on its Vegas Loop underground transit project but will hit snags that will slow the project’s momentum.


— The NBA will announce that it is awarding an expansion franchise to Las Vegas to begin play in the 2023-24 season. Tourism leaders are enthused that it will draw visitors the same way the Vegas Golden Knights did in 2018-19.


— The Las Vegas Convention and Visitors Authority will sell the 10 acres of Strip-front property that was a part of the Riviera transaction, and a hotel developer will design a casino resort there.


No doubt, everyone is ready to kick 2020 in the pants and looks forward to what lies ahead in 2021.