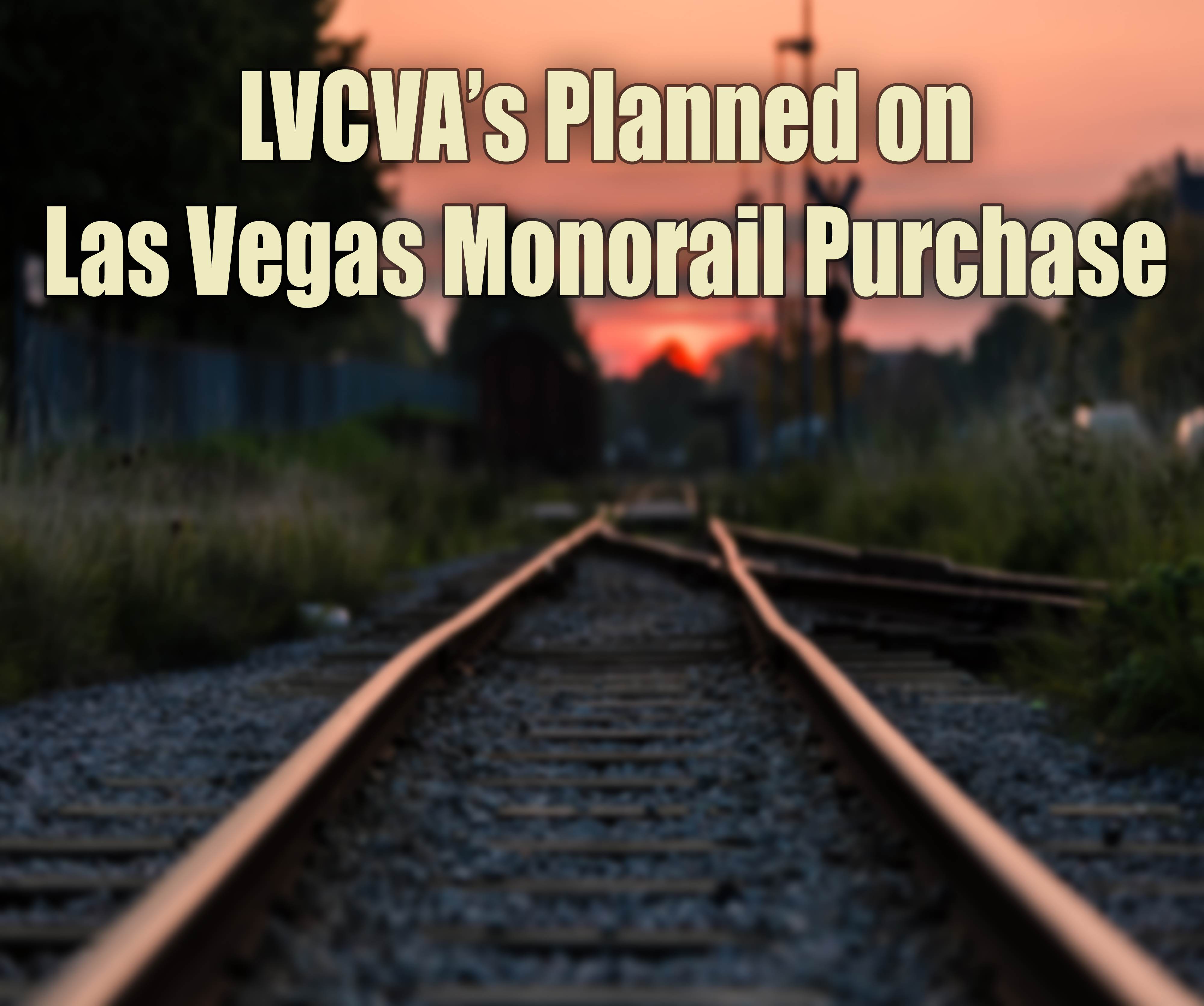 The Las Vegas Convention and Visitors Authority would buy the Las Vegas Monorail Co. for $24.26 million if the organization’s board of directors approves the deal.


The LVCVA offered details of the transaction, to be considered Tuesday, in the posting of the meeting’s agenda packet. A separate meeting earlier that day will give the Clark County Commission an opportunity to weigh in on the county’s transfer of franchise rights to the LVCVA.


While it’s possible the county could reject the transfer, it’s not likely because LVCVA President and CEO Steve Hill has briefed county officials about the LVCVA’s plans.


Hill alerted the board on July 14 that he was in early talks for the LVCVA to buy and operate the 3.9-mile transit system, which began operating in 1995.

With the price, the LVCVA disclosed:


The $24.4 million for the Convention Center District fund would be reimbursed with $21.5 million in new debt. The bond deal would be sold via competitive, direct placement. Requests for bids are due Sept. 24, and approval of the final bond resolution would occur at the Oct. 13 LVCVA Board meeting. Closing on the bonds would occur Oct. 15. A public hearing on the debt proposal is scheduled Tuesday.


The difference between the amount taken from the Convention Center District fund and the new debt will be covered by a $6.76 million decommissioning fund, established should the system fail and need to be torn down. The LVCVA would take on the responsibility of removing infrastructure if that ever occurred.


After the purchase agreement has been approved, the Las Vegas Monorail Co. would file for Chapter 11 bankruptcy protection and file a motion with the U.S. Bankruptcy Court to approve the deal. The payment under the purchase agreement would pay all secured creditors and allowed claims from trade creditors. The sale proceeding would include an auction, and it’s possible another party could outbid the LVCVA.


The LVCVA would contract for the management and operation of the Monorail after the closing of the purchase and that agreement would come to the board at a future meeting.


LVCVA officials declined further comment on the transaction, saying more details would come at Tuesday’s meeting. There was no indication whether Las Vegas Monorail Co. President Curtis Myles or any other staff members would continue to work.

Hill previously noted the LVCVA’s acquisition of the monorail franchise would be beneficial to transportation along the Strip corridor because the monorail company holds a noncompete designation that would prevent future transit systems from operating.


The LVCVA may be anxious to ax that designation if The Boring Company’s proposal to develop a citywide underground transit system comes to fruition.


The Boring Company, a business established by entrepreneur Elon Musk, is building a mile-long people-mover system beneath the Las Vegas Convention Center to transport conventioneers from one end of the Convention Center campus to the other.


The system, a twin-tunnel passageway to be used by Tesla vehicles in self-driving mode, is weeks away from testing. Tesla is another Musk company, and the proposal at the Convention Center would use vehicles on Tesla chassis, with some carrying up to 16 passengers at a time.


Boring Company officials hope to use the people-mover as a demonstration of the technology, and they hope to build a similar operation to serve the resort corridor, Allegiant Stadium and McCarran International Airport.


Wynn Resorts Ltd. and Genting Group’s Resorts World Las Vegas already have signed on to have their own Boring Company tunnels transporting hotel guests from their respective resorts to the Convention Center.


Clark County’s role in the deal involves the transfer of franchise rights to the LVCVA.


Among the conditions for the approval of the transfer is that the LVCVA may not pledge or spend revenue for the payment of any operating subsidy or any capital improvement that exceeds 3 percent of the LVCVA’s budgeted operating revenue for that fiscal year, not to exceed $10 million a year, without first getting commission approval.


If the LVCVA takes over the franchise agreement, it would take on the obligation of tearing the system down should it fail. If the LVCVA closes escrow on the deal, the county would transfer the money remaining in a county-held remediation fund to the LVCVA.


A Clark County spokesman said there is $6.76 million in the remediation fund.

Not everybody associated with the LVCVA is excited about the prospect of owning the monorail.


Las Vegas Mayor Carolyn Goodman, a member of the LVCVA board of directors, on July 14 suggested that MGM Resorts International acquire the system so that it could extend it from the monorail’s southern end point at MGM Grand to Mandalay Bay, where a new station has been proposed. The new Mandalay Bay endpoint would be within walking distance of Allegiant Stadium.


“This isn’t the time to be spending money,” said Goodman, noting that the LVCVA has needed to lay off or furlough employees during the pandemic and that state government health and safety guidelines have prohibited Las Vegas from hosting any conventions or trade shows.


She also said she has been disappointed that despite earlier plans, the monorail has never been financially successful enough to be extended to McCarran or downtown Las Vegas.


“To take any type of public dollars for that at this time to me is wrong,” she said, adding that she wants to hear out the proposal next week “out of respect for Steve Hill.”