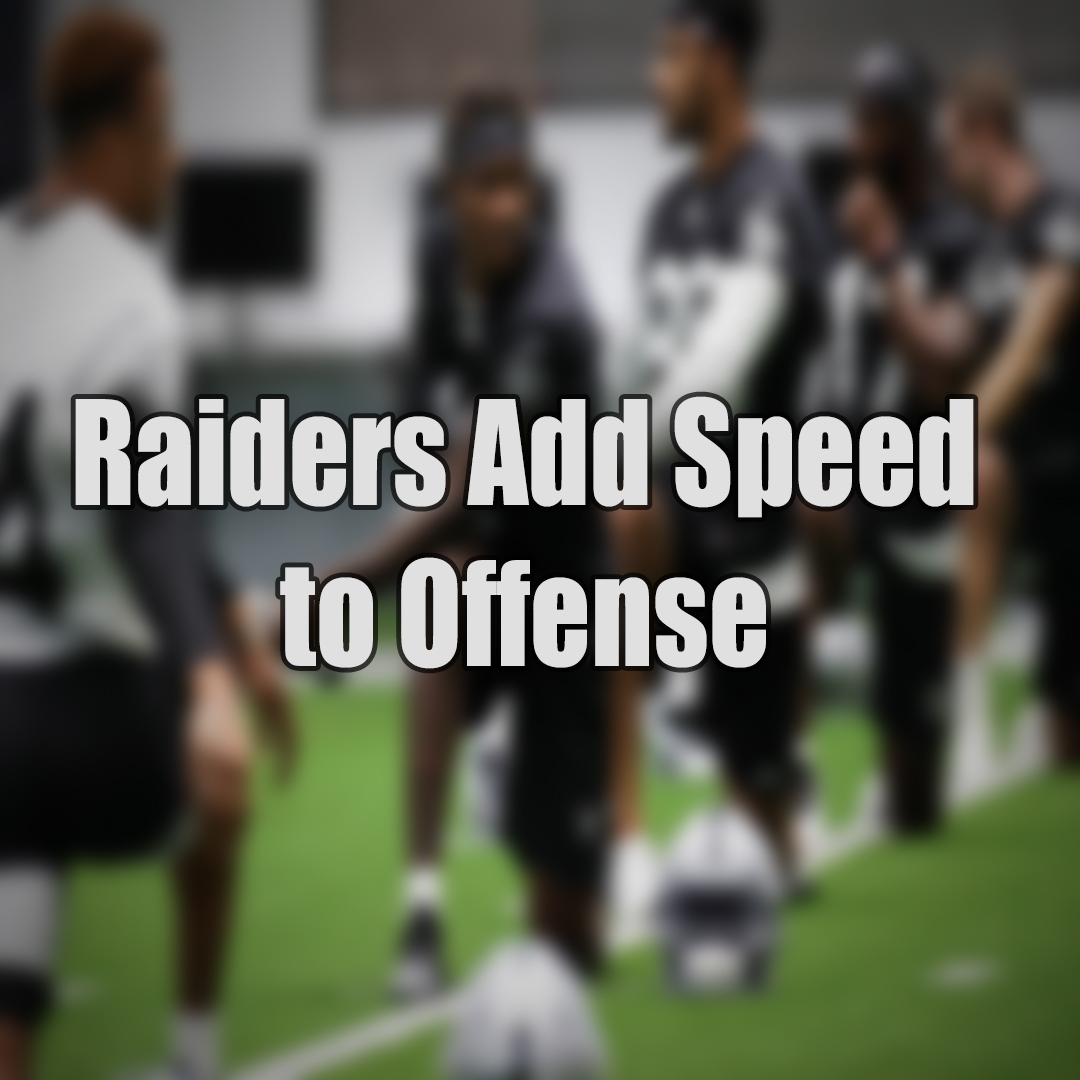 This is the 10th in a series of 32 NFL team betting previews in 32 days leading up to the league’s Sept. 10 season opener. We’ll count down the teams from the lowest season win total to the highest.


Late Raiders owner Al Davis always had a need for speed, and his beloved Silver and Black are brimming with it entering their first season in Las Vegas.


“You look at their weapons on offense, you see a track team. There’s so much speed on that team,” Westgate vice president of risk Ed Salmons said. “There’s no reason to think they’re not going to make it work. You could be looking at one of the most dynamic offenses in the NFL. There’s that much speed and talent on the offensive side.”


The Raiders added the fastest receiver in the draft in Alabama’s Henry Ruggs to an offense that returns running back Josh Jacobs, who finished eighth in the league in rushing yards (1,150) his rookie season, and Darren Waller, who was second to Kansas City’s Travis Kelce among tight ends in receptions (90) and receiving yards (1,145).


Las Vegas also returns receivers Tyrell Williams and Hunter Renfrow and added promising rookies Bryan Edwards and Lynn Bowden to help jump-start an attack that placed in the bottom 10 of the league in scoring (19.6 points per game).


All the pieces are in place for quarterback Derek Carr to have a career year. Or hand the reins to backup QB Marcus Mariota.


“There’s more pressure on Carr than on any other quarterback in the league,” Sunset Station sportsbook director Chuck Esposito said. “He could use the excuse before that he had no supporting cast. But he doesn’t have that excuse now. This is a big year for Carr. He needs to be the guy.”


Esposito likens Carr’s situation to the same one Mariota was in last season, when the Titans signed Ryan Tannehill and he ended up replacing Mariota and leading Tennessee to the AFC title game.


“It’s up to Carr to hold off Mariota,” Esposito said. “(Mariota) struggled in Tennessee, but sometimes guys need a second life and (coach Jon) Gruden might be the guy to give him it.”


Based on player props at the Westgate, the book expects Mariota to cut into Carr’s playing time. Carr threw for 4,054 yards and 21 touchdowns last season, but his 2020 props are 3,199½ gross passing yards and 17½ TDs.


“If they could shore up their defensive line and cornerbacks a little bit, and Carr can get the ball downfield, they could surprise,” Salmons said. “The only concern is they have a really tough schedule. Their division is really good. You have Kansas City, Denver is a team on the come, and everything that could go wrong went wrong for the Chargers last season.


“I don’t know if the Raiders’ record will say they’re a better team. But my eyes say they’re a team on the come. They’re definitely headed in the right direction. They’ve come miles from two years ago.”