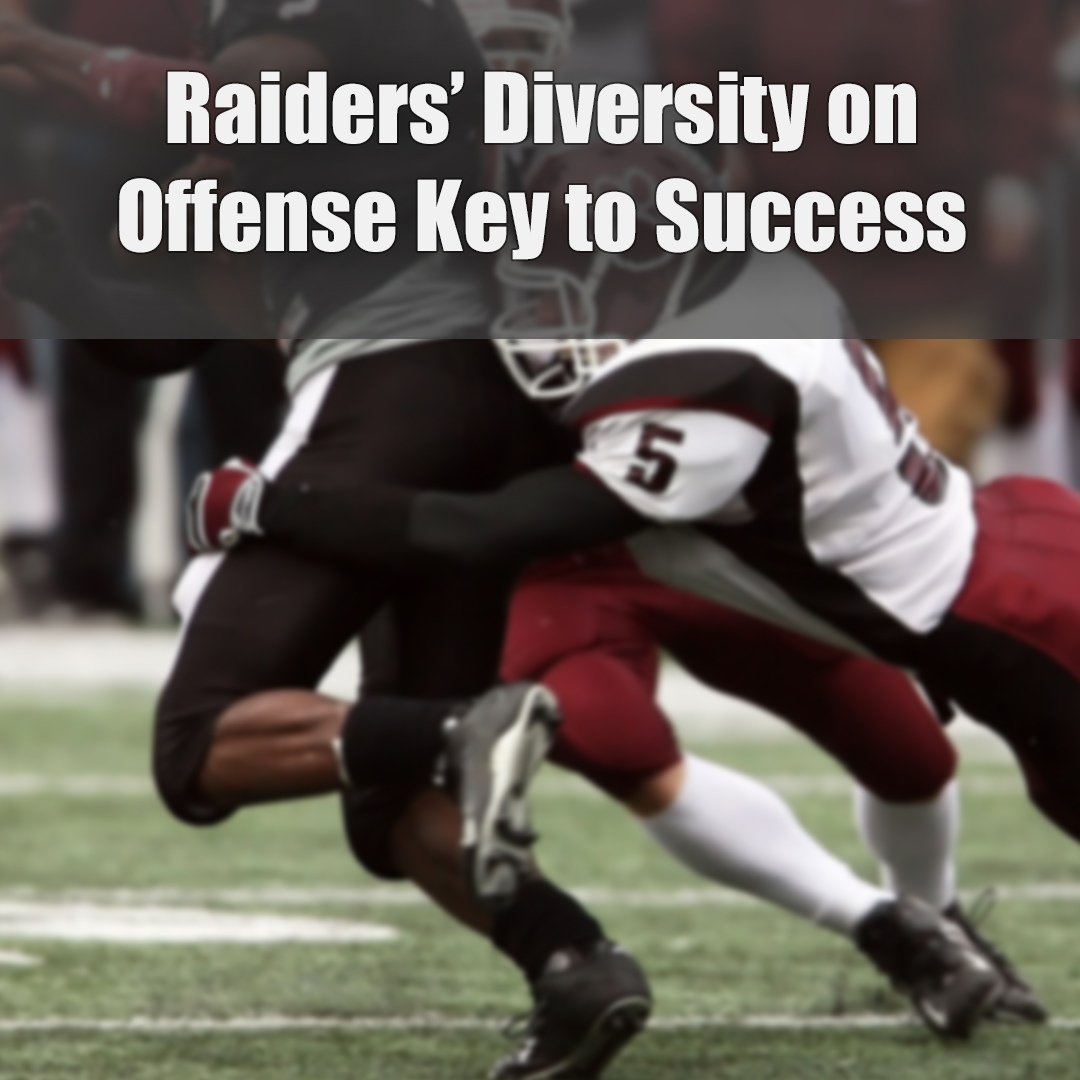 The Raiders have found themselves in many situations this season, from two shootouts against the best quarterback on the planet to a grimy snowball fight in nasty weather at Cleveland.

And no matter the circumstances, the offense has figured out a way to adapt.

It’s one of the main reasons the Raiders (6-4) are primed to make a playoff push with six games left.

“This is the best offense I’ve ever been a part of,” quarterback Derek Carr said. “This group is awesome. We can win in different ways. We can smash them with the run game, or if we get in a shootout, we can do it that way. We’re proving that over time.”

While Carr is having a tremendous season, he hasn’t had to carry the team. The Raiders have rushed for more than 200 yards in two games, something they never achieved last season.

One of those games was a 209-yard effort in Cleveland, where stifling wind and a precipitation effect known as graupel made passing and field-goal kicking an adventure.

Carr was effective in limited chances, throwing for 100 yards and a touchdown, but the running game was the difference in a 16-6 win.

When the New Orleans Saints limited Las Vegas to 3.3 yards per carry in the second game of the season, Carr threw for three touchdowns in a 34-24 upset victory in the first game at Allegiant Stadium.

The seventh-year quarterback has been the driving force of the success.

According to Pro Football Focus, he has been the third-highest graded quarterback in the NFL since Week 5, behind the Houston Texans’ Deshaun Watson and Kansas City Chiefs’ Patrick Mahomes.

“He’s played good since I’ve been here,” third-year coach Jon Gruden said. “We’ve improved the supporting cast. I don’t care who you are, what quarterback or what team you play for, the better you block, the better you run the ball, the better your receivers are, the better you’re going to perform. It’s just a combination of him being able to put up with me and some of my craziness. He’s more tolerant now probably, but he’s also a great quarterback.”

That could help explain one of the offense’s biggest improvements.

The Raiders were capable of moving the ball last season, but drives often stalled in the red zone.

That has happened far less often this season. The Raiders are scoring touchdowns on 61.54 percent of their trips inside the opponents’ 20-yard line after doing so 52.83 percent of the time last season.

The improvement has made them one of the NFL’s best offenses. Last season, the Raiders were 24th in the league in points per game at 19.6. This season, they’re eighth at 28.6 — even though they have dropped from 11th in total offense last season to 14th.

The offense’s diversity is one of the major factors in the increase in scoring, as is Carr’s willingness to run when pass plays break down.

Carr has rushed 30 times for 124 yards in 10 games and is averaging one rushing first down per game. He had 27 carries for 82 yards last season with seven first downs.

He’s most excited that the offense is improving with a lot of young players who should continue to develop.

“I’m the old guy in the group now,” he said. “It’s exciting because you see where we’re headed, it’s showing you a little glimpse here.”