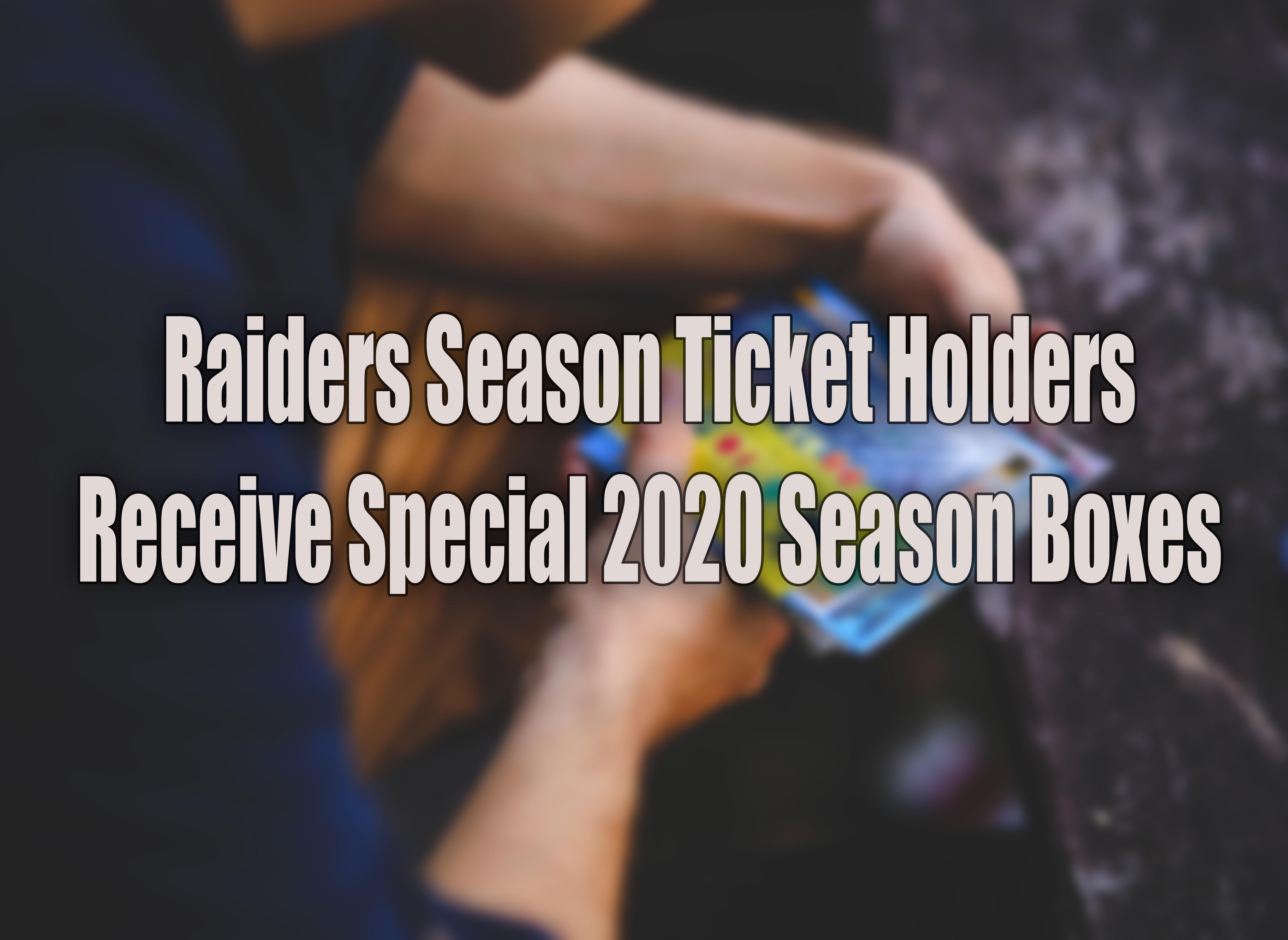 Though Raiders games will be played without fans at Allegiant Stadium this year, the organization is still providing season ticket holders with the perks that go along with being part of Raider Nation.


Season ticket holders began receiving their tickets for the 2020 season, packaged in a specialized box. Every ticket holder to the sold out 65,000-seat stadium will receive the commemorative box, according to Raiders President Marc Badain.


The sleek black box’s exterior features the state of Nevada with the Raiders shield logo and “Inaugural Season Las Vegas 2020,” embossed on top.


When the box is opened, a replica of Allegiant Stadium appears with the Raiders’ theme song, “The Autumn Wind,” playing upon opening.


In the middle of the stadium replica are the season tickets; removing them reveals a replica of the field.


Raiders owner Mark Davis is particularly proud of the ticket designs as they have a Las Vegas twist.


“We recruited Michael Godard as our artist curator and what we did was all the art on the tickets, we recruited local artists to submit designs,” Davis said. “Every one of the tickets has a drawing by somebody local or a Raiders alumnus, one by the name of Todd Marinovich who is a very accomplished painter.”


Season ticket holder Michaelann Byerly received her box on Thursday and was blown away by the presentation.


“The box is so beautiful,” Byerly said. “We love it, music and all. Such a classy organization.”


Although the season is closed to fans, Davis said ticket holders would receive special items they normally would.


“We still want the fans to get all the perks they were supposed to get,” Davis said. “There are many more that will be coming during the season.


Although the arrival of the box with her tickets was an exciting moment, Byerly still wishes she could attend games this season.


“Bittersweet for sure,” she said.

Search the full MLS and Exclusive Property Listings.
(Prices and inventory current as of April 21, 2021)