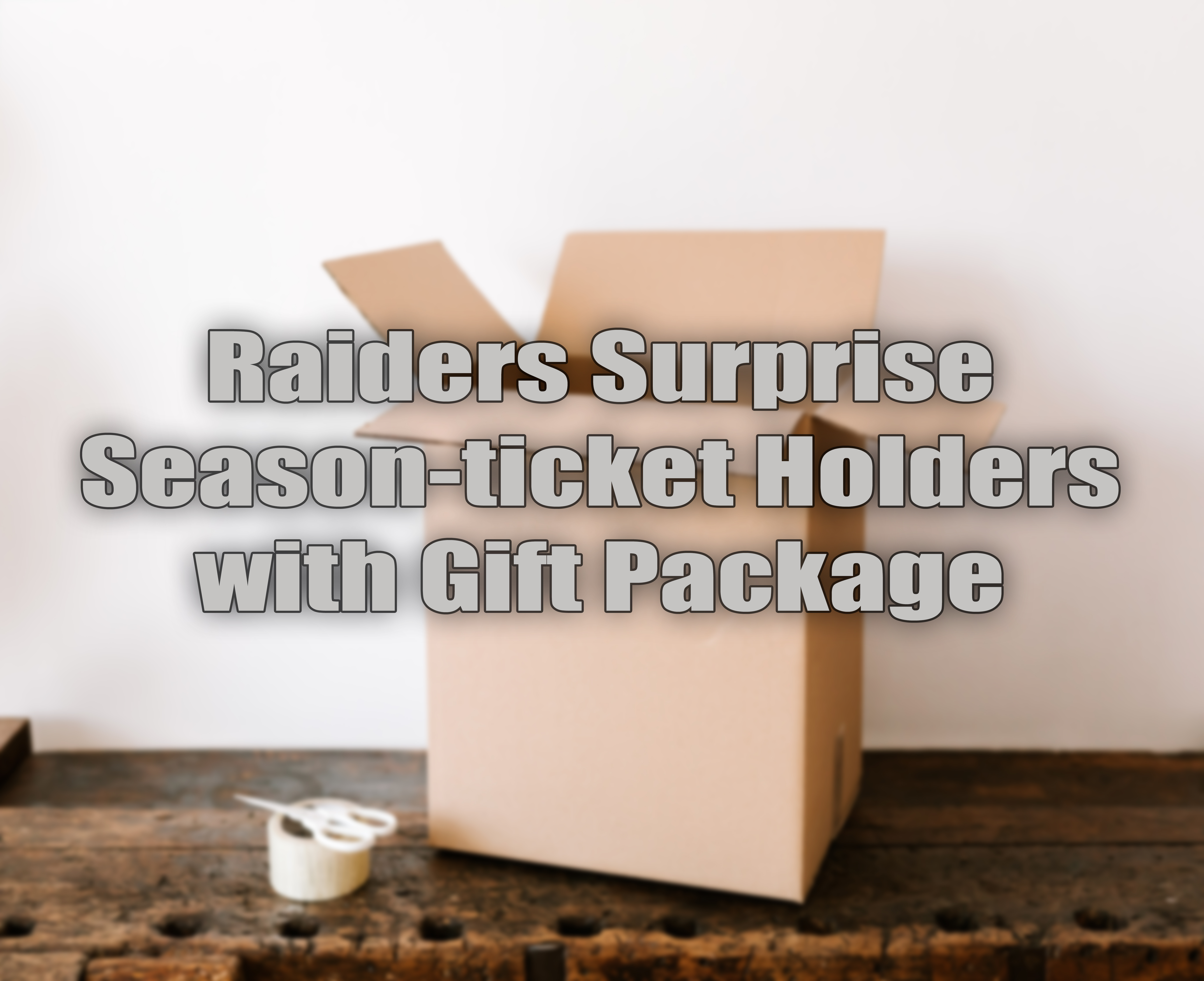 When Mike Seifer arrived home recently, he was met with an unexpected delivery from FedEx. He opened the package, saw the shiny black gift box from the Las Vegas Raiders and was blown away.


Seifer and other season-ticket holders received a similar package, which included a replica stadium and an inaugural season patch that is stitched on game jerseys. He opened the box to see a message in bold letters: “Welcome to Raider Nation.”


“That was a pretty cool surprise,” Seifer said. “It was a nice touch, a nice little gesture.”


The box also included Seifer’s commemorative tickets — personalized with his name — for the debut Raiders season at Allegiant Stadium, the franchise's $2 billion home off the Strip. The initial home game is Sept. 21 against the Saints on Monday Night Football, but fans won’t be allowed in the stadium all year because of the pandemic.


Not being there in person isn’t how anyone envisioned the Raiders’ maiden season in Las Vegas, where the franchise anticipated playing in front of raucous capacity crowds in their new building, a 65,000-seat domed stadium that’s one of the jewels of the NFL.


Seifer shares in the disappointment of not being there on opening night, knowing the pregame festivities celebrating the Raiders’ move to Las Vegas would be something to forever remember. The 40-year Las Vegas resident, who is also a Golden Knights and UNLV basketball season-ticket holder, cherishes supporting the home teams. He proudly keeps a picture on his phone of the layout at Allegiant with an arrow pointing to his pair of seats at the top of the first deck.


But, despite the circumstances, he feels a kinship with Raider Nation. The gift package helped cement the excitement shared by others across town: The Raiders are our team.


“I didn’t think we would live to see an NFL franchise here,” said Seifer, a native of Philadelphia and lifelong Eagles fan. “I love football and this is where I live. I started gathering a collection of Raider apparel to support my new team. We're excited to see some Raider football.”


Justin Woo, a Los Angeles transplant, purchased seats 17 rows up from the end zone in the stadium’s party zone. Every Sunday will be a gigantic celebration — in 2021, of course. When the Raiders announced games would be played without fans, Woo took the option to have the money he already paid credited to next season.


He’s part of a group with eight tickets in the same section.


“It’s all about being part of the community,” he said. “The Raiders are going to be part of Vegas culture.”


Woo makes a great point — the team is now part of Las Vegas. In two weeks, it will be what we do on Sundays in the fall, even if cheering from home.