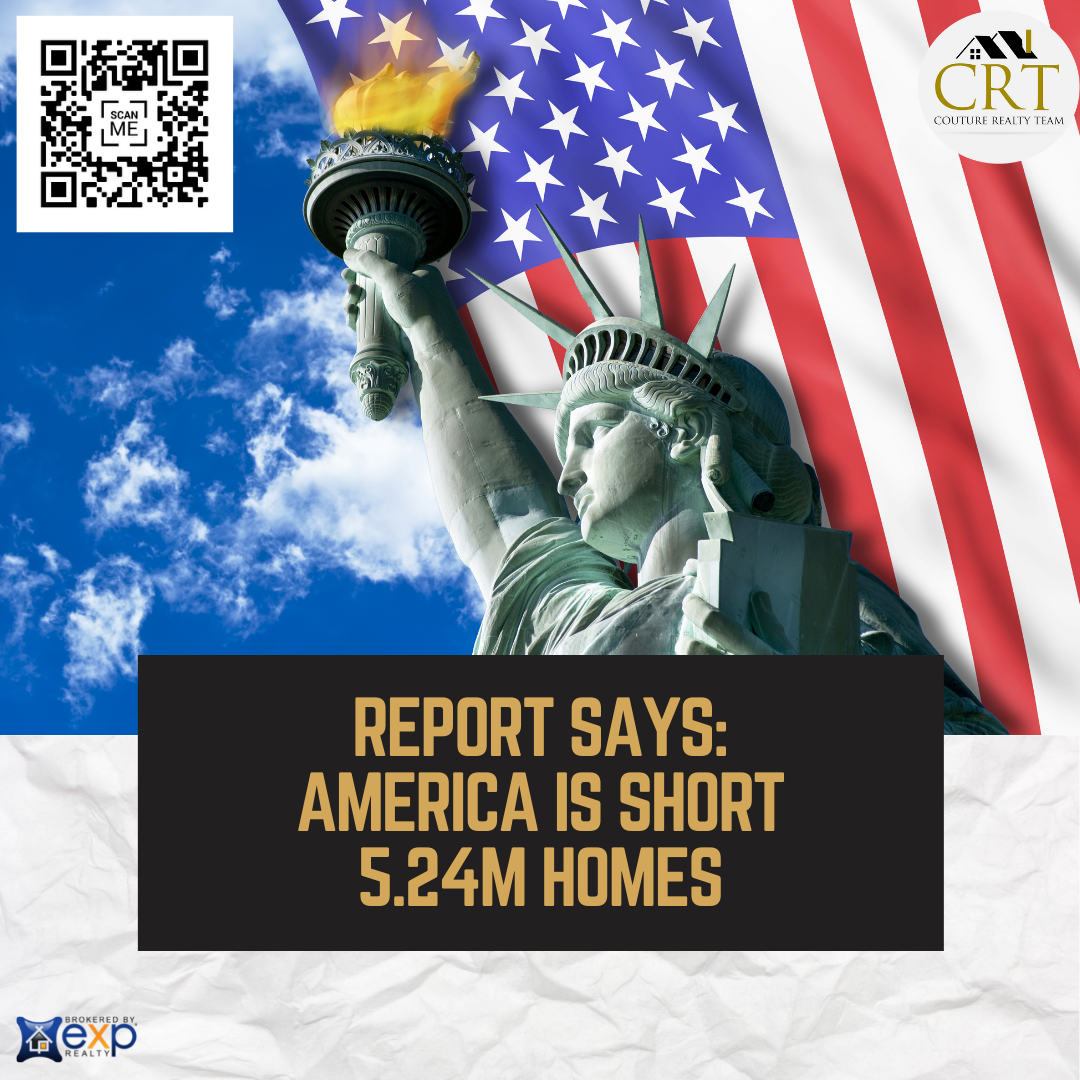 More real estate listings are coming to the market, but that won’t be able to make up for the fact that America is short millions of homes based on population needs. That likely means home buyers will continue to face inventory shortages and a dearth of homes for sale in the future.
The U.S. is short 5.24 million homes. That is an increase of 1.4 million homes from 2019, according to research from realtor.com®.
“The pandemic has certainly exacerbated the U.S. housing shortage,” said Danielle Hale, realtor.com®’s chief economist.
New-home construction—at its slowest pace since 1995—is not making up the difference either. About 12.3 million American households were formed from January 2012 to June 2021. However, only 7 million new single-family homes were built during that period, CNBC reports. Builders would need to double the new-home production pace to make up the gap in five to six years.
“No matter how you frame the scenario, it will take a more meaningful shift in the pipeline to meet demand in the foreseeable future,” Hale told CNBC.
Builders like PulteGroup say that they are actually slowing sales lately to try to keep pace with the backlog from the high demand over the last few months. Builders are facing labor and lot shortages as well as rising costs for building materials.
Home prices are quickly rising as demand outstrips supply. Homes with a median value of $300,000, which is considered more affordable by today’s standards, comprised just 32% of builders sales in the first half of this year, down from 43% during the same period in 2018, CNBC reports.
Home prices have been rising on existing homes as well as pressure continues from the increasing demand. The median existing-home price in July was $359,000, up nearly 18% compared to a year ago, according to the National Association of REALTORS®.
NAR released a report earlier this summer—Housing Is Critical Infrastructure: Social and Economic Benefits of Building More Housing—that called the state of America’s housing stock “dire.”