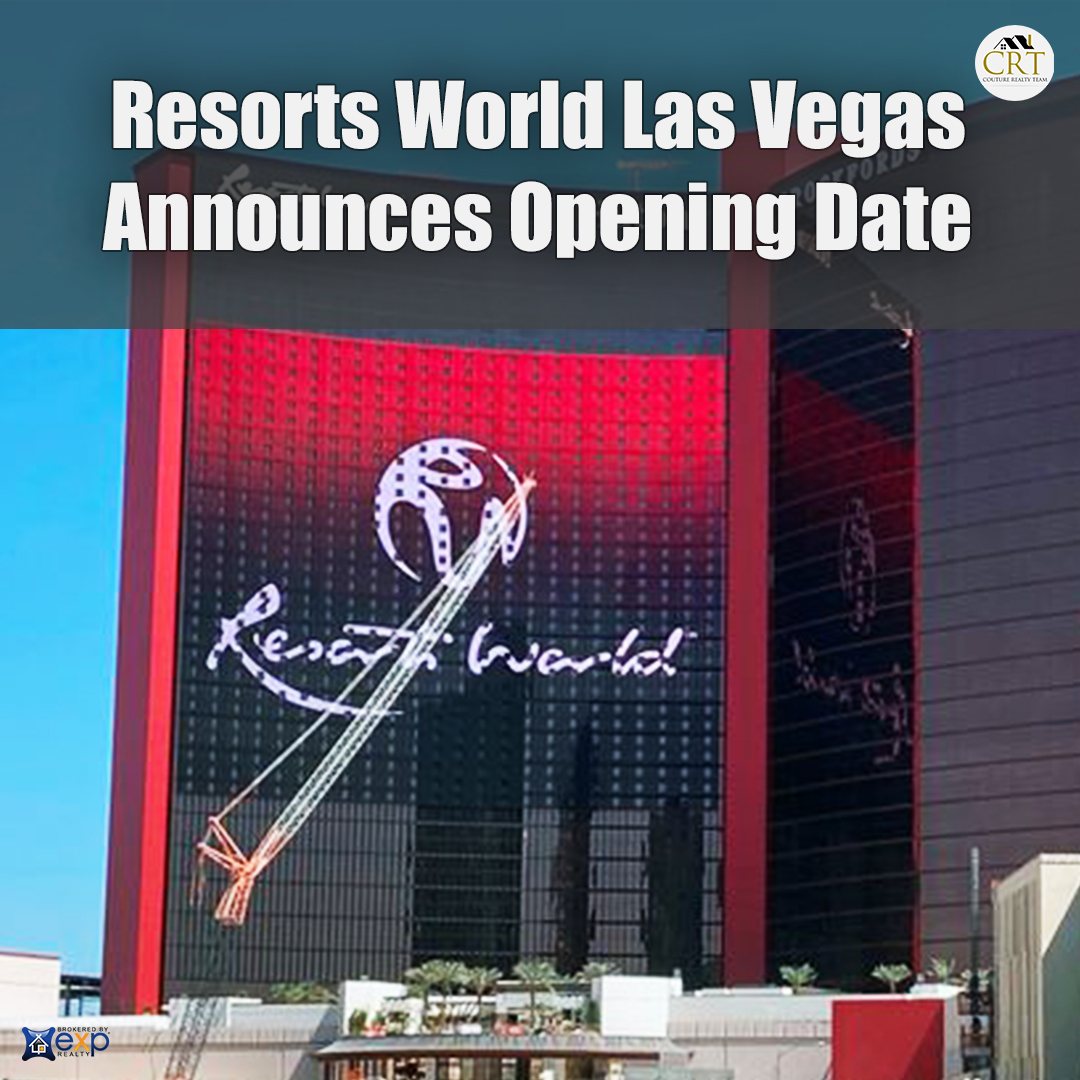 The $4.3 billion, 3,500-room integrated resort — the first Strip property to open in more than a decade — began taking reservations Monday morning through its call center and its affiliations with three premium Hilton Hotels brands.

“We always said we’re going to open this summer and on budget and I’m happy to say that will happen,” said Scott Sibella, president of Resorts World Las Vegas.

“We’ve been optimistic that things would get better (in Las Vegas) and the news we’re hearing is really great for us and we hope by the time we open on June 24, everything may not be back to normal but at least close to getting past this pandemic,” he said.

Sibella said the company is still planning details of the resort’s opening, including what time the doors will open, but he expects an invitation-only VIP event would precede the public opening.

He said 95 percent of the resort would be open on June 24, including hotel rooms and suites, more than 40 food and beverage outlets, 70,000 square feet of retail space and a 117,000-square-foot casino.

An estimated 100,000 applications were filled out for jobs at Resort World and by opening day, roughly 5,000 employees, including 500 managers, will be working.

“We wanted to get open as quickly as we could,” Sibella said. “We never stopped building through this pandemic. We were always committed to getting this property open this summer, but we felt really that it was so important to us to get open by the Fourth of July because we really think this is going to to be the biggest Fourth of July the city has seen in a long time, especially with all the positive news we all are hearing.”

“So we selected this date knowing that it would give us a little time to prepare for the Fourth of July.”

Work on Resorts World technically began March 13, 2007, when the Stardust, a 32-story, 1,500-room resort owned by Boyd Gaming Corp., was imploded to make way for that company’s Echelon resort.

Boyd started the Echelon project, but with the financial effects of the Great Recession hitting the company hard, it opted to sell the 87 acres of Strip property and the beginnings of the Echelon infrastructure to the Malaysia-based Genting Group for $350 million in March 2013.

In May 2015, Genting conducted a celebratory groundbreaking event and construction crews began working in earnest a year later after several design changes. Representatives of Genting, including Chairman K.T. Lim, made monthly visits to Las Vegas and stood before Nevada gaming regulators for licensing.

Worked through the pandemic

Crews worked through the coronavirus pandemic while Genting executives changed their monthly visits to online meetings. Sibella said the executives haven’t traveled to Las Vegas in 14 months but have been receiving regular progress updates. He said he’s hopeful that Genting’s executive team will be able to attend the opening.

What they and some of the public will see at the June 24 opening will include some of the things crews have worked on for months:

Dining: Guests will be able to choose from more than 40 food and beverage options at Resorts World Las Vegas, with offerings ranging from fine-dining and quick-service venues to original and exclusive concepts.

Retail: With about 70,000 square feet of dedicated retail space, Resorts World will present two levels of boutique shops and experiential offerings from luxury and lifestyle brands.

Nightlife: In partnership with Zouk Group, a leading Singapore lifestyle and entertainment company, the resort will feature multiple experiences in one entertainment complex, with concepts including Zouk Nightclub and AYU Dayclub. Additional information on show dates and tickets to see top-tier DJs Zedd and Tiësto are available on the Zouk Group website.

Casino: The next-generation casino floor at Resorts World will feature 117,000 square feet of gaming with slot machines, table games, a dedicated poker room, high-limit areas and a sportsbook. Guests will be able to earn points toward curated benefits when they dine, shop and play with Genting Rewards, the resort’s loyalty program. Pre-enrollment for Genting Rewards is available on the resort’s website.

Pool and spa: The resort will offer additional amenities including a 5.5-acre pool complex — the largest pool deck in Las Vegas — featuring seven pool experiences including the only infinity-edge pool on the Strip, as well as a 27,000-square-foot, world-class spa.

Technology: In an effort to be the most progressive resort on the Strip, Resorts World will offer a variety of new-age advancements across the property, including mobile check-in and digital key and an AI-powered digital concierge named Red. The resort will have more than 200,000 square feet of LED displays including a 100,000-square-foot West Tower LED screen, one of the largest LED building displays in the United States.

Accommodations: Hilton is the overarching brand for Resorts World’s three distinct hotel options. Resorts World will offer three different hotel options, each with its own entrance, lobby and selection of guest rooms and suites. The resort will be a part of Hilton Honors, the guest loyalty program for Hilton’s 18 distinct brands.

Sibella said the nongaming amenities are expected to drive most of the revenue for the property.

A 5,000-seat concert and entertainment venue will be outfitted to host concerts, conventions, corporate and sporting events and will have innovative staging, the latest in technology and audio-visual capabilities and unrivaled amenities for the performing talent and guests. The new-generation theater — a joint development between Resorts World and AEG Presents, programmed and operated by Concerts West — will feature superstar entertainers and residencies.

The Review-Journal has reported that Katy Perry, Celine Dion, Carrie Underwood and Luke Bryan would be possible headliners at Resorts World.

Sibella said the concert hall wouldn’t be completed until fall. It’ll also be next year before a Boring Co. tunnel linking Resorts World with the new West Hall of the Las Vegas Convention Center is completed.

In addition to 250,000 square feet of flexible meeting and banquet space, the resort also will feature the first passenger station and tunnel to connect to the Convention Center via Elon Musk’s underground transit system. Convention attendees will be transported between the resort and the West Hall in all-electric Teslas in minutes.

“It’s been almost three years since we’ve been building this and we’re really so proud of what we’re bringing to Las Vegas,” he said. “At the same time, we’re so excited because I’ve said many times that this city’s like no other city. We’ll bounce back faster than other cities. We’ve proven that in the past. We’re resilient. We’re the best at what we do.

“We’re really confident that people are going to love our place, but we’re excited that we’re going to help the city rebound,” Sibella said. “It’s perfect timing for us to open with everything that’s going on and hopefully it’s a plus for everybody. That’s what we’re really proud of, that we never stopped working and we’re bringing this great property to our city.”