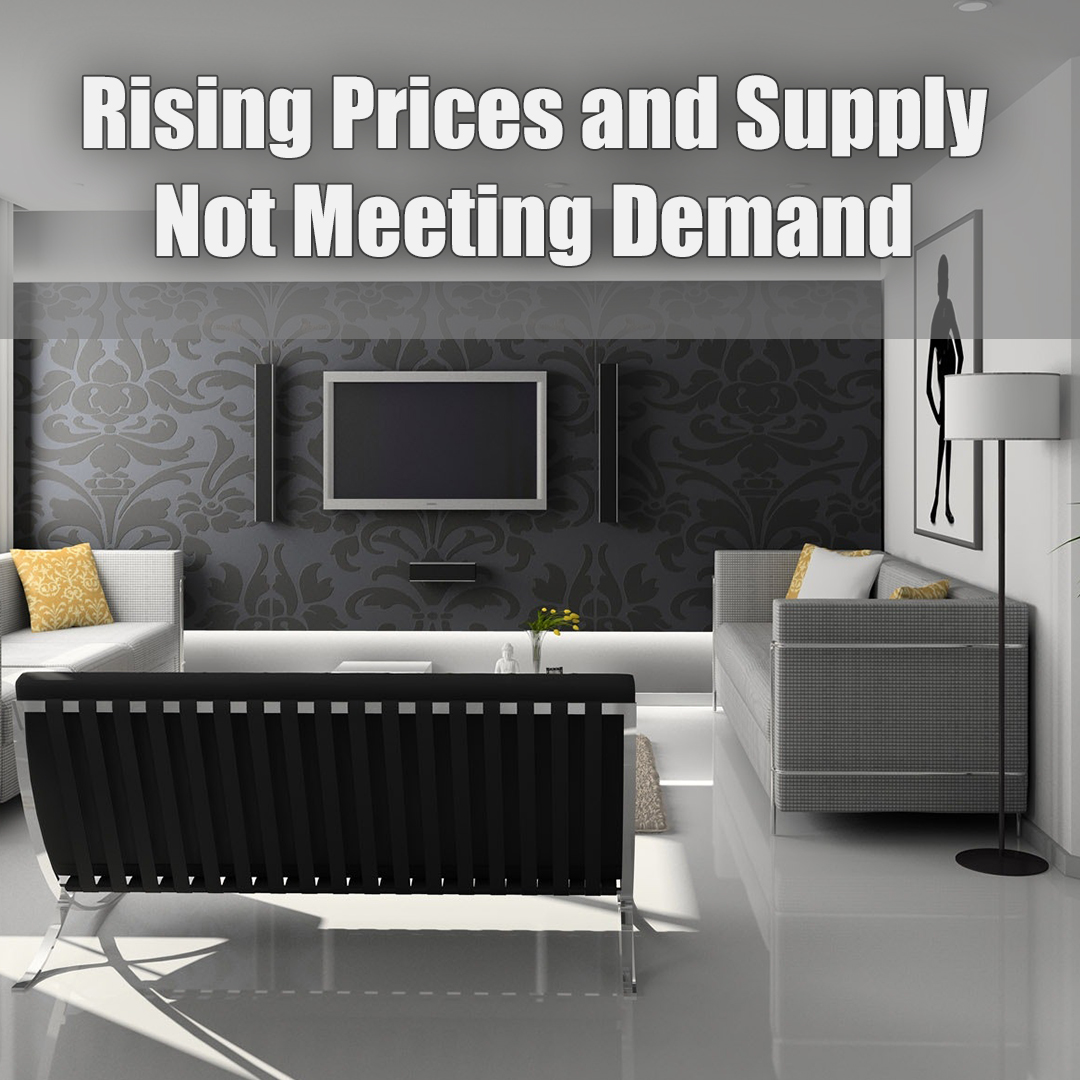 A report released Friday by Las Vegas REALTORS® (LVR) shows local home prices rising while the housing supply keeps shrinking, putting the local housing market in the unusual position of looking a lot like the rest of the country.

LVR (formerly known as the Greater Las Vegas Association of REALTORS®) reported that the median price of existing single-family homes sold in Southern Nevada through its Multiple Listing Service (MLS) during October was $340,200. That’s up 10.8% from $307,000 during the same month last year and marks another all-time price record. Local condos and townhomes sold for a median price of $186,500 in October. That’s up 8.9% from $171,250 in October of 2019.

“COVID-19 appears to have extended the typical summer buying period by several months,” said 2020 LVR President Tom Blanchard, a longtime local REALTOR®. “The continued demand in our housing market is still not being met and is putting upward pressure on home values. Although we see increased permits by local homebuilders, they are still not meeting the demand that is out there.”

Blanchard added that Nevada Gov. Steve Sisolak’s order allowing open houses to resume throughout the state starting Oct. 1 is also helping the local housing market and may prompt more homeowners to put their properties on the market.

For years, Southern Nevada made national news for riding a real estate roller-coaster, with pre-recession home prices soaring to record highs and then falling faster than almost anywhere else in the U.S. during the recession. But Blanchard said the local housing market is now “more in line with the rest of the country,” with strong demand and a dwindling supply driving home price peaks.

He said the number of local homes available for sale remains well below the six-month supply considered to be a balanced market. In fact, he said the sales pace in October equates to roughly a 1.5-month supply of homes available for sale, creating a local housing shortage. The shortage is similar but slightly less severe nationwide, with the National Association of REALTORS® (NAR) reporting a 2.7-month housing supply through September.

By the end of October, LVR reported 4,501 single-family homes listed for sale without any sort of offer. That’s down 37.6% from one year ago. For condos and townhomes, the 1,428 properties listed without offers in October represent a 21.0% drop from one year ago.

Meanwhile, LVR reported that 19.2% of all local properties sold in October were purchased with cash. That compares to 21.7% one year ago. That’s well below the February 2013 peak of 59.5%, suggesting that cash buyers and investors have been less active in the local housing market. That’s also similar to the most recent national numbers from NAR, which reported that cash sales accounted for 18% of all transactions nationwide.

Despite the coronavirus crisis, the number of so-called distressed sales remains near historically low levels. LVR reported that short sales and foreclosures combined accounted for just 0.9% of all existing local property sales in October. That compares to 2.4% of all sales one year ago, 3.0% two years ago and 5.2% three years ago.

Again, that’s in line with the most recent national numbers from NAR, which found that short sales and foreclosures represented fewer than 1% of all sales nationwide in its most recent report.

Blanchard expects distressed sales to remain low as long as federal moratoriums remain in place to prevent most evictions and certain foreclosures.

These LVR statistics include activity through the end of October 2020. LVR distributes statistics each month based on data collected through its MLS, which does not necessarily account for newly constructed homes sold by local builders or homes for sale by owners. Other highlights include: