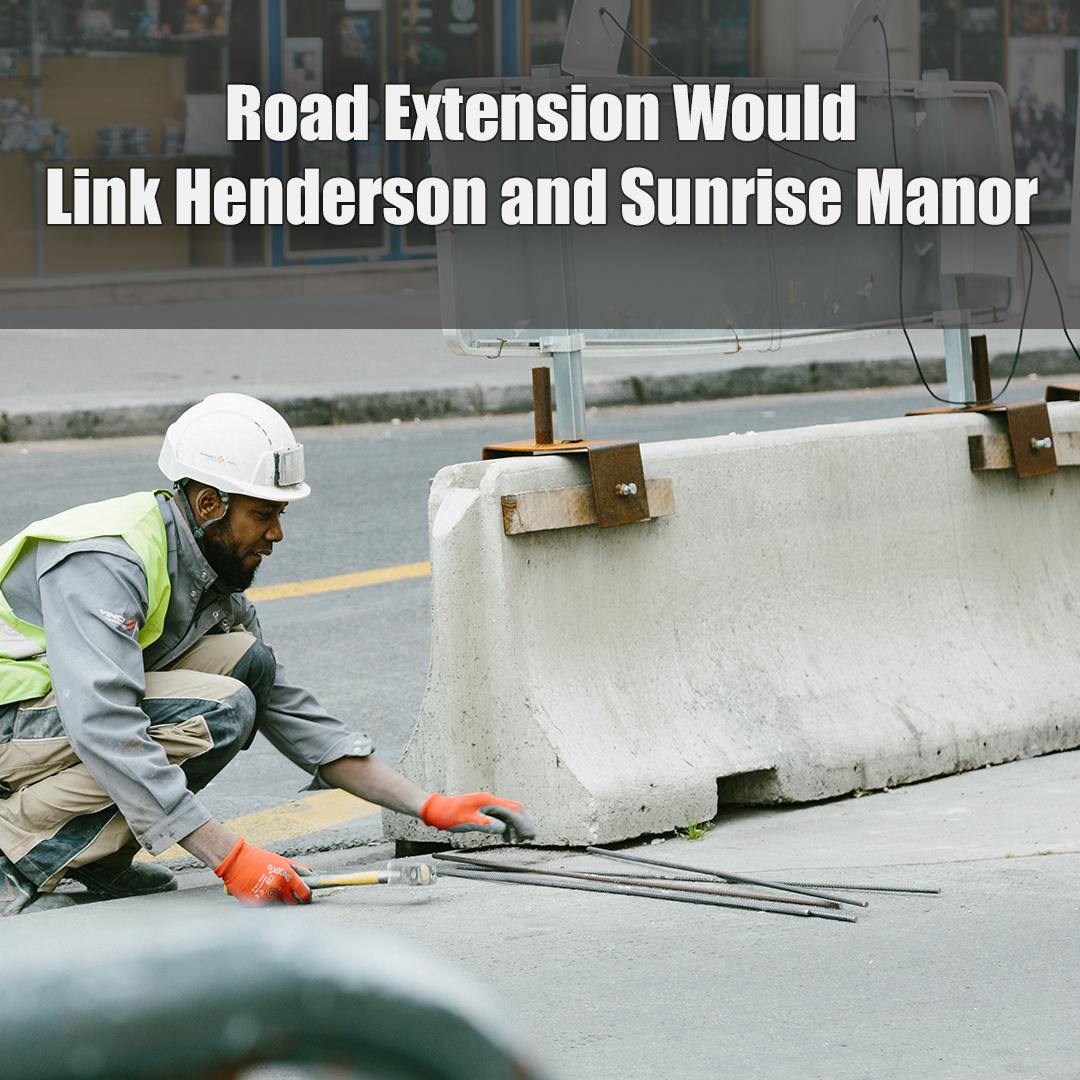 A planned road extension could provide a much-needed route between the east portion of Sunrise Manor and Henderson.

The proposed $36 million, 10-mile extension of Hollywood Boulevard from Vegas Valley Drive to Galleria Drive was given the OK to move forward by the Clark County Commission last week.

Planning is still in the initial stages with no project timeline yet, according to the county.

“We won’t have the pre-design completed until February or March,” Clark County Director of Public Works Denis Cederburg said.

The project will be a four-lane road throughout, with bike lanes, sidewalks and a median on the Henderson portion to adhere to master-planned community Cadence’s development standards, Cederburg said.

With few options for residents to travel between the two areas, County Commissioner Jim Gibson said, the planned extension will help alleviate some headaches for motorists.

“We know the (U.S. Highway) 95 is in real serious condition much of the day in the area just south of the Spaghetti Bowl,” said Gibson, whose district includes portions of the project area. “There is a lot of commotion out there. So many people are working to get over to Charleston (Boulevard) so that they can turn around almost in the context of a U-turn generally so they can head down Charleston to gain access to the other part of the valley.”

The route was chosen from five possible routes provided to various entities throughout the route’s proposed path.

The majority of the project would be on public land, with a portion of the southern stretch in Henderson set up to pass through property owned by home developer D.R. Horton.

“We need a portion of that right of way for alignment,” Cederburg said.

After the county announced the planned extension was moving forward, some residents questioned on social media what impact the road would have on the Clark County Wetlands Park, which a portion of the planned road would travel through.

“Wouldn’t it be better to go just north of the wetlands,” Twitter user Roy Bishop commented last week on the county’s tweet about the project.

Cederburg said the project will actually benefit the wetlands as a multi-use trail is to be added in the wetlands area, including a portion that passes under a bridge that would be constructed over the Las Vegas Wash.

Mitigation also would be included for birds and other animals in the wetlands areas.

Commissioner Tick Segerblom is all for the project and the possible enhancements it could bring to the wetlands area.

“Once this is completed it’s going to deprive the county of a place where people go to drink beer bottles and then throw them out there, break them,” Segerblom said. “We go out there twice a year and try to pick up all this glass … once this is done the people won’t be able to do that.”