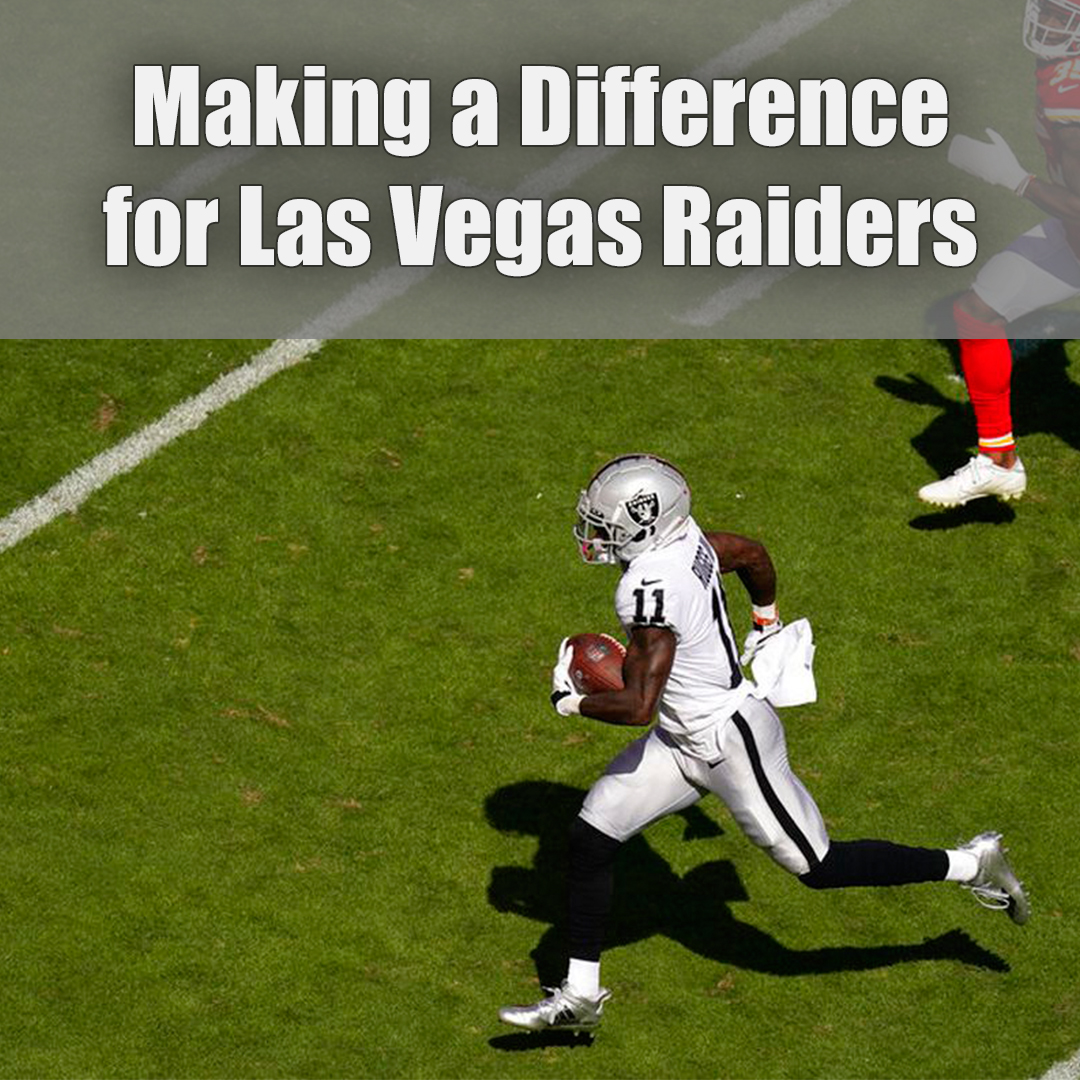 Rookie wide receiver Henry Ruggs III has played in three games for the Las Vegas Raiders. The Raiders won all those games and scored an average of 36 points.


Ruggs missed two games with what was described as hamstring/knee injuries. Las Vegas lost both as it averaged scoring 21.5 points per game.


Is Ruggs the difference between winning and losing for the Raiders?


“I’m not going to speak too much on that,” Ruggs said on Sunday after Las Vegas' 40-32 victory over the Kansas City Chiefs. “Like I said, I know I have a role in the offense. I came in because the organization saw something in me and they saw something that I can use my talents to help the offense to help the team out, so that’s what I’m doing.”


One thing the Raiders saw in Ruggs was the fastest time in the 40-yard dash at the 2020 NFL Scouting Combine. The Alabama wide receiver put down a 4.27-second showing and became the first wide receiver picked in the NFL Draft on April 23, joining Las Vegas as the 12th selection.


Ruggs has caught six passes in three games, but they gained 177 yards – an average of 29.5 yards per reception.


During his Monday press conference, Raiders coach Jon Gruden was asked about the difference a healthy Ruggs makes to the Las Vegas offense.


“I don’t know,” Gruden said. “We’re just starting to find out. We haven’t had a healthy Henry Ruggs really for a full game until yesterday, so hopefully that’s sign of good things to come. … We’re just learning about Ruggs, or just getting him into the offense. We got to do a better job of that in the coming weeks.”


“Me being a speed guy, that’s one thing that people are looking for, and defenses have to account for it,” Ruggs said. “… I think that’s a big factor in the game plan and one thing that you have to be always aware of.”


Against the Chiefs, Ruggs scored his first NFL touchdown on a 72-yard reception that put the Raiders in the lead for good.


“When we came out into the formation, I saw the look,” Ruggs said. “Knew it was the perfect play call and pretty much just used my God-given ability and just ran. I trusted Derrick. He was telling me whenever we have something like that just run, just trust him and he’s going to throw it up. And that’s what we did.”


A prep star at Lee-Montgomery, Ruggs had only one other reception in the game, but still recorded his first 100-yard performance in the NFL because it produced a 46-yard gain.


“We didn’t bring him in here to run hitch routes,” Gruden said. “He can really run, and we got to be, I think, better in getting him the ball in other areas because he’s a great route runner.”


Ruggs returned to the field on Sunday after missing the previous two games.


“It felt good,” Ruggs said after Sunday’s game. “I’ve been telling the guys it’s been too long. I’m not a guy that usually sits out, and I don’t like to sit out, so me just being on the sidelines not able to do much, I was working my tail off to get back because I told them I had to be back so we can do what we did today.”


Las Vegas' victory ended the Chiefs' 13-game winning streak, which included a victory in Super Bowl LIV, and broke a seven-game losing streak for the Raiders at Arrowhead Stadium against their long-standing rival.


“It just shows that we’re not here to lay down,” Ruggs said. “We’re here to compete, and we’re going to do that for four quarters.”

Mark Inabinett is a sports reporter for Alabama Media Group.