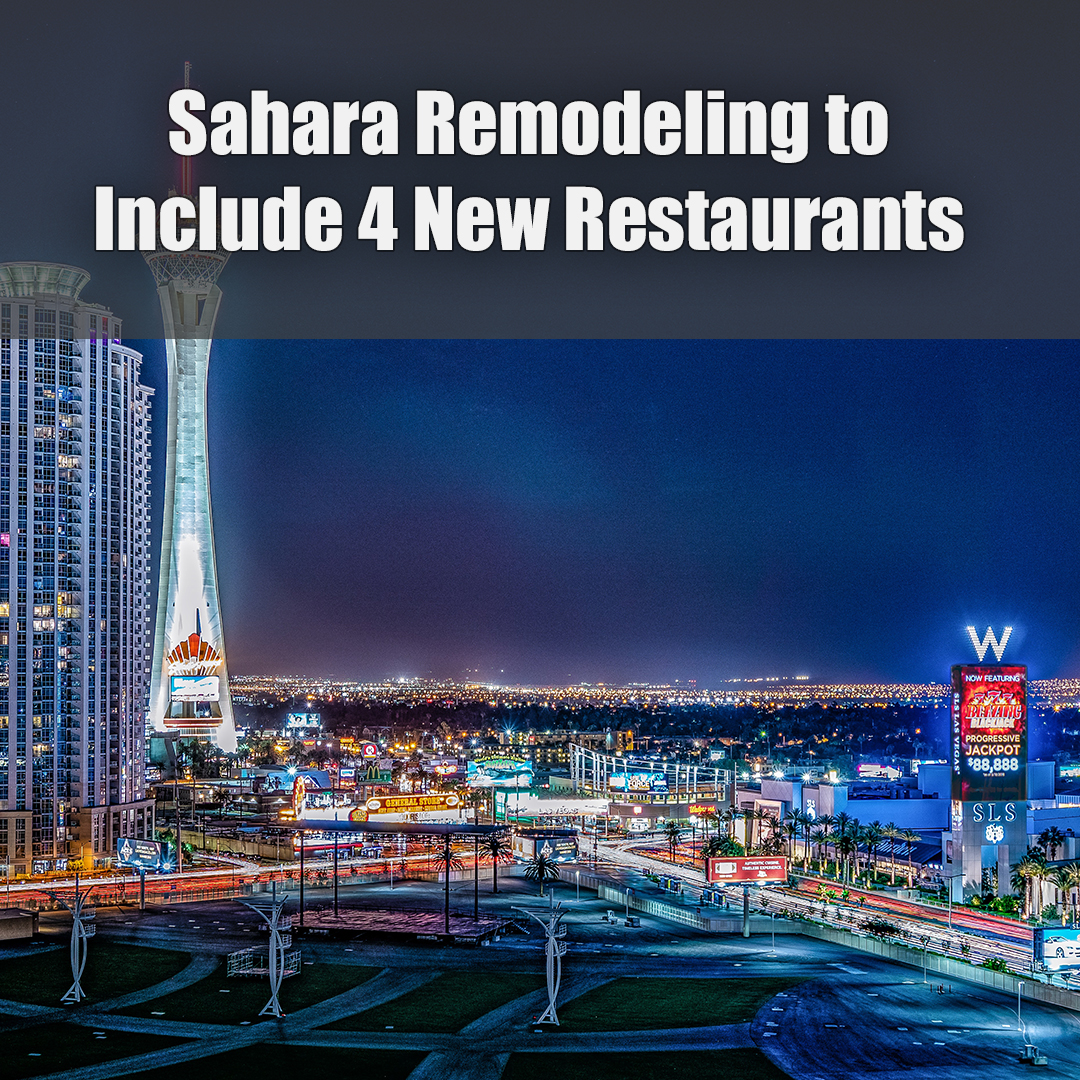 Work is beginning on four new restaurants as the Sahara Las Vegas continues its $150 million expansion and remodeling effort.

The four eateries — Chickie’s and Pete’s sports bar and crab house, Noodle Den and two more concepts to be announced later — are planned for the west side of the building facing Las Vegas Boulevard South just south of Sahara Avenue.

Plans call for expanding the existing footprint, which includes the Beers & Bets and Club 101 venues, out toward the Strip, offering larger indoor/outdoor patio spaces for diners to enjoy.

“We are continuing to expand our roster of culinary concepts and talent at Sahara and are looking forward to offering our guests even more dining options next year,” Anthony Olheiser, vice president of food and beverage, said. “By bringing in popular, yet new-to-market brands as well as developing concepts that are unique to Sahara, we are creating a culinary experience unlike any other in Las Vegas that will hold wide appeal for culinary connoisseurs and casual foodies alike.”

The resort transformation will include significant updates to its Strip-facing exterior, according to a news release.

Since purchasing the property in 2018, Sahara owner Alex Meruelo “has been keen to further enhance and evolve the resort’s award-winning culinary program,” the release stated.

Chickie’s and Pete’s is a Philadelphia-based concept that is a favorite among both athletes and fans and is as popular for its unique sports bar experience as it is for its Crabfries and elevated bar cuisine. Named the best sports bar in North America by ESPN, signature menu items include Chickie’s and Pete’s Crabfeast and Lisa’s Blonde Lobster Pie pizza. Chickie’s and Pete’s will serve as the home base of the William Hill sportsbook, which will temporarily move to the main casino during construction.

Two additional venues, an Italian restaurant and a new culinary concept, will be revealed later next year to round out the resort’s restaurant row.