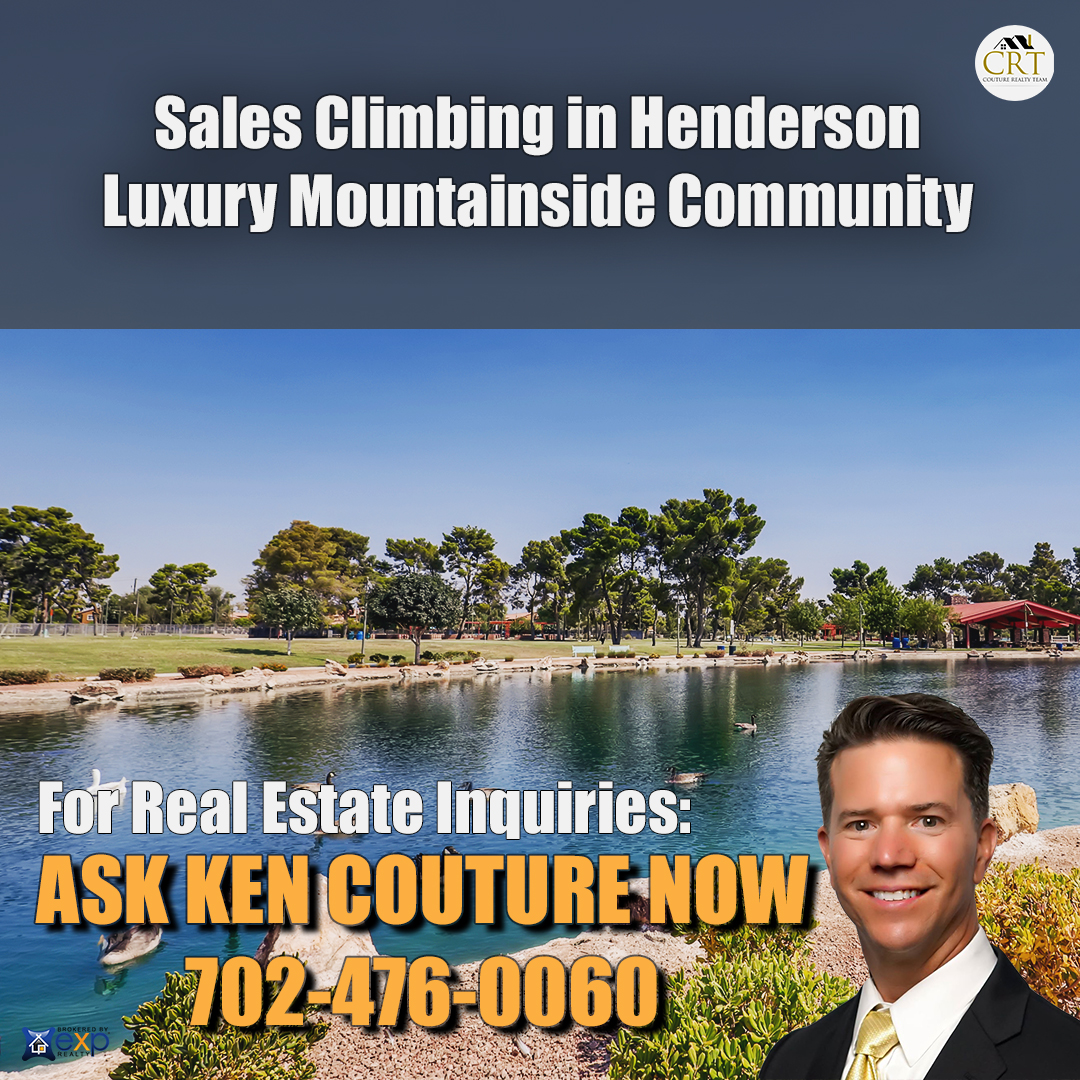 When Raiders owner Mark Davis bought a 6-acre plot in Henderson last year to build a custom house, he landed views of Allegiant Stadium from his future residence.

He also was part of a wave of buyers in Ascaya, a once-stalled luxury community blasted out of the mountains that sat houseless after the economy crashed more than a decade ago.

Sales revenue this year for Ascaya’s developer is on pace to double from 2020, when revenue was triple the average from the three years before that, according to Kelly Foster, managing director of Ascaya.

The developers have closed more than $38 million in deals this year and have another $8 million in sales under contract, according to a project representative.

Lot sales were initially slow going in Ascaya after the community, which is being developed by a Hong Kong billionaire, reopened in 2014. But the tally of buyers gained momentum and has accelerated alongside Southern Nevada’s broader housing market, which, fueled by cheap money and people moving here from more-expensive areas, has had a surge of sales and prices over the past year or so.

Ascaya doesn’t have a golf course like other upscale communities, but it has a $25 million clubhouse, is slated to get a roughly 2-acre park, and offers sweeping views of the valley from its perch in the McCullough Range.

“Those are the top three reasons people buy here: the views, views, and the views,” Foster said. “It’s obviously not golf.”

Gun range in the basement

Mike Leipart, managing partner of The Agency Development Group, which was hired late last year to handle sales for Ascaya, noted the inventory of multimillion-dollar homes in Southern Nevada is tight.

“If you want something really nice in Vegas, you probably are going to need to build it,” he said.

Ascaya — which boasts more than 300 homesites and street names such as Cloud Chaser Boulevard and Epic View Court — requires homes to span at least 4,500 square feet, according to project director John Simmons.

He said recently that 26 homes have been completed, 18 are under construction or in permitting, and 21 under architectural review.

One home, according to Foster, has a gun range in the basement.

In the Henderson mountains, his residential project was taking shape during the frenzied mid-2000s bubble, as work crews reportedly drilled, blasted and moved about 15 million cubic yards of material.

Foster said that only three lots were under contract to sell when the economy crashed and Ascaya’s developers closed shop. The community sat idle for years, with its empty, cake-layered mountainside lots a visible symbol of Southern Nevada’s real estate implosion.

Stalled projects are often loaded with debt and sell for pennies on the dollar, Leipart noted. The Cheng family, however, had the ability to just wait, he said.

After the project reopened, the developers closed only two sales in 2014 and three in 2015 before sales climbed, county records indicate.

Last summer, Las Vegas’ new football boss purchased the homesite that Cheng had reserved for himself before allowing it to be sold, Foster said.

“That will be a stunning home,” Foster said.