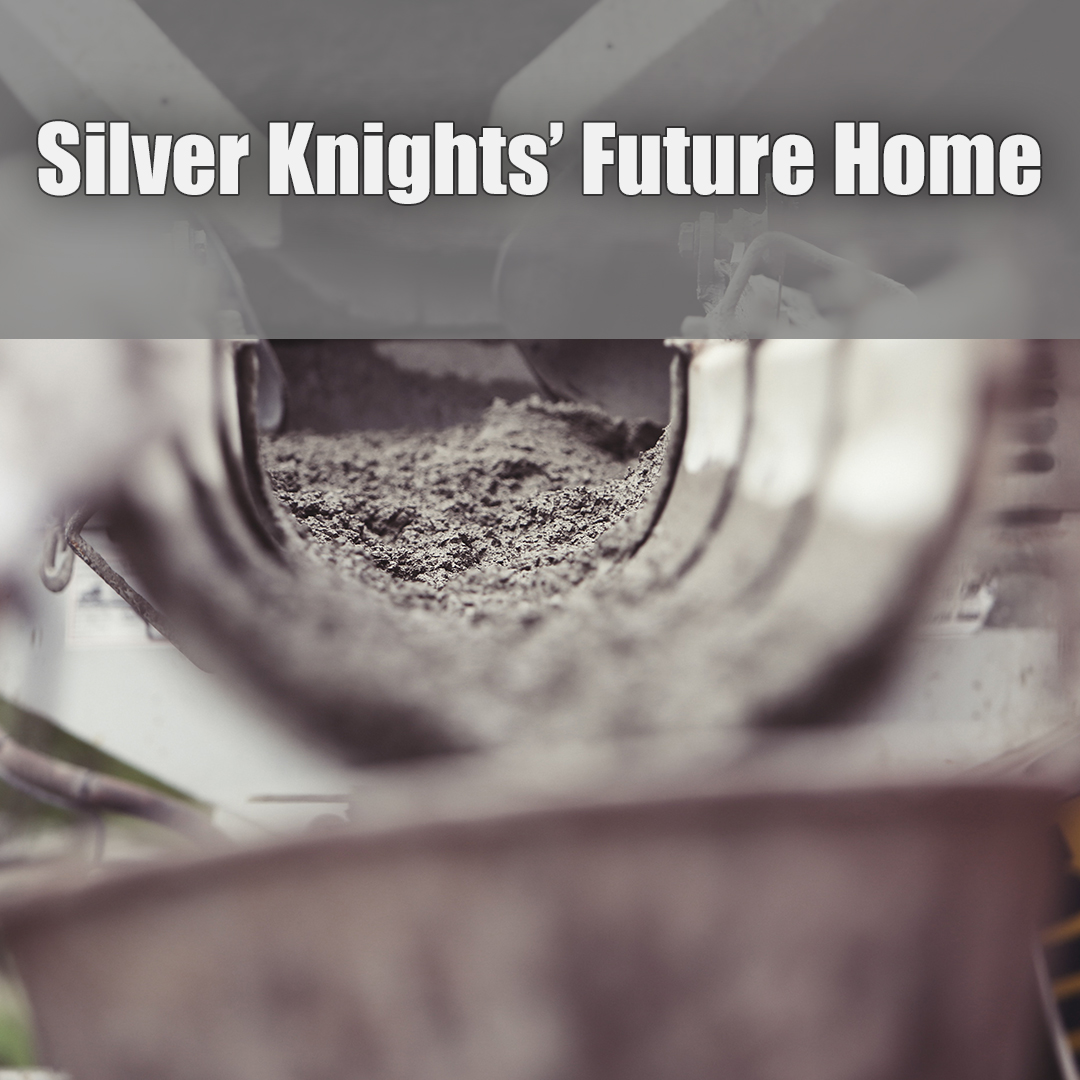 
But Quinney, Duke and several other Knights and city officials were already dreaming about all the faceoffs to come. Construction is underway at the Henderson Silver Knights arena, located on the former site of the Henderson Pavilion. Quinney and Duke took a ceremonial faceoff where center ice will be, with nets set up to mark the occasion.


Concrete is being poured and indoor finishes are being selected so the 6,000-seat facility will start to take shape as the Silver Knights spend their first two seasons playing at Orleans Arena. Zach Crane, vice president of design and construction team The Whiting-Turner Contracting Co., said the project is 5 months old and should be done in 18 months.


It’s an exciting time for the Silver Knights, who will open their practice facility, Lifeguard Arena, and unveil their home and away jerseys in the coming weeks, according to Golden Knights president Kerry Bubolz.


“The pictures (of the arena) look incredible,” Duke said. “Even the practice facility and just this area here in Henderson, they always seem to blow you away. I don’t think we’re expecting anything less than that.”


Once it’s open, the Henderson Event Center will host 34 regular-season Silver Knights games plus numerous other events. It will be used for graduation ceremonies, weddings, concerts, performing arts productions and more community and civic events.


“We envision the events center as the epicenter of cultural activity, entertainment and local performing arts in our community,” Henderson mayor Debra March said.


The total project budget is $84 million, shared equally by the city and the Knights. It’s a community outreach and player development investment for the team.


The Silver Knights will provide a cheaper alternative for families to see professional hockey and allow the franchise to expand its youth programs in Henderson. There are also plenty of logistical advantages to having the NHL club and American Hockey League affiliate in the same area.


“There aren’t very many organizations that have both teams in the same city,” Duke said. “They’re so close. The fans here, they’re so great. It’s such a huge hockey city already. It’s a pretty great setup.”


The arrangement will be even better when the Henderson Event Center is complete and players can take a faceoff on real ice. There’s still much work to do, but the early reviews of the design are positive.


Quinney said the rink will be “jaw-dropping,” and Silver Knights coach Manny Viveiros said it essentially will be a smaller version of an NHL facility. Both are excited about adding a second pro hockey team to the Las Vegas Valley.


“I didn’t think there’d be one, and now there’s two,” said Quinney, who became the first Nevada-born player to appear in an NHL game last season. “You’re just lost for words.”