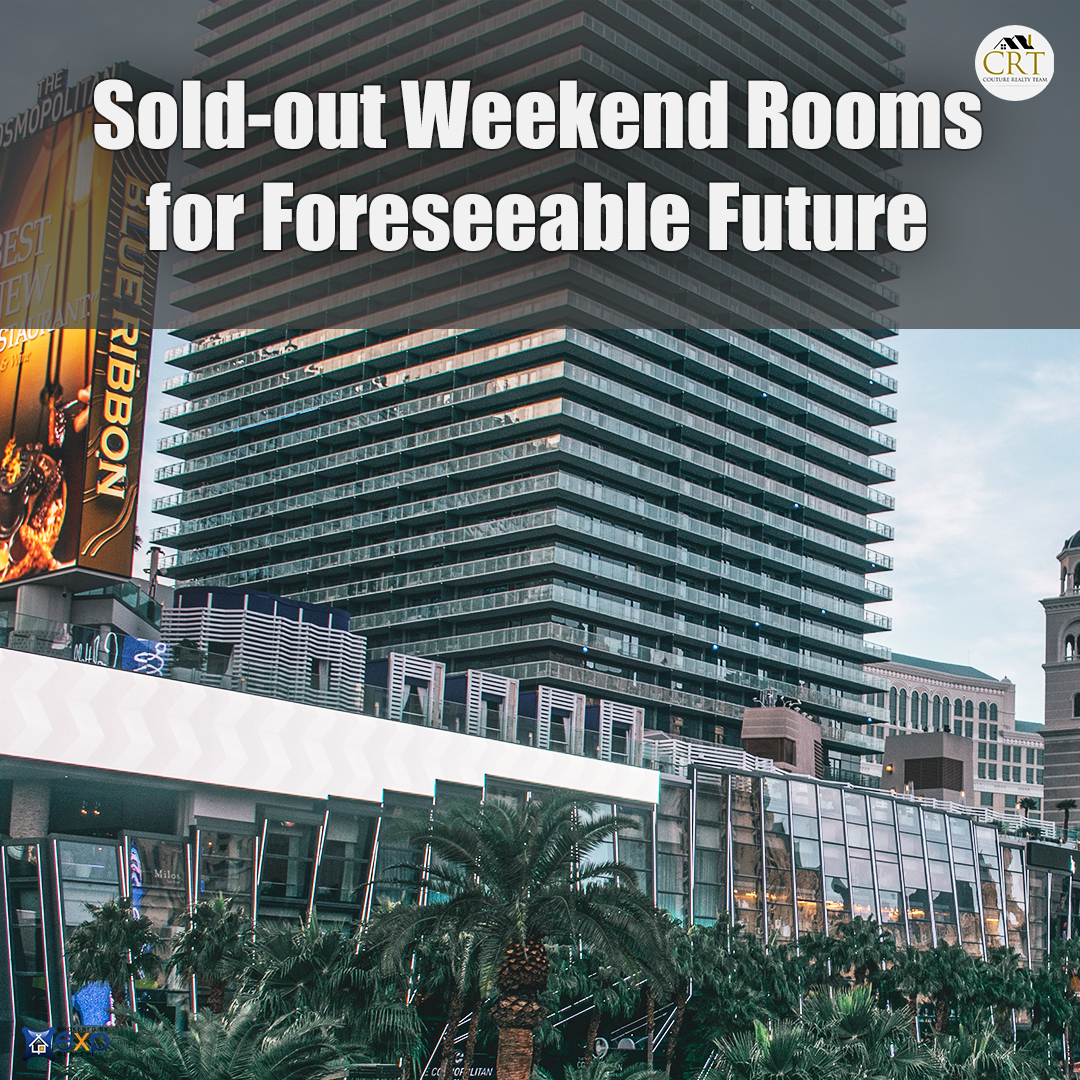 Occupancy rates among the company’s Strip resorts hit 84 percent in April, and weekends are forecasted to be sold out for the foreseeable future, the company said.

Business is expected to continue to pick up as vaccination rates grow and group business returns in full.

“We are very optimistic regarding the remaining three quarters of the year in Las Vegas, and the return of the group and convention business and entertainment offerings that will drive incremental demand in the market,” President and Chief Operating Officer Anthony Carano said during a Tuesday call with investors.

Occupancy rates on the rise

Caesars raked in $1.7 billion in net revenues during the first quarter, more than three times what it had made in the same period the year prior.

Net loss was $423 million in the quarter, compared with a net loss of $173 million the same period the year prior. In the Las Vegas market, same store revenues fell 39.5 percent year-over-year.

Total occupancy rates for the quarter were at 63 percent, with rooms 85 percent full on weekends and 52 percent full midweek.

Room demand in Las Vegas is expected to continue to climb, according to Caesars CEO Tom Reeg.

“This is a company that ran 97, 98 percent (occupancies) in a pre-pandemic world. We expect that to come back,” Reeg said.

Despite the uptick in demand, Reeg said room rates are still about $20 below 2019 levels on a typical weekend.

“That’s where the return of group business can really help us in terms of compression,” he said. “It will both fill in that midweek gap and those group customers that extend their trip on either end help us yield on weekends as well.”

The Caesars Forum space has booked more than 165 events, 1.6 million room nights and $633 million in revenues, with 80 percent of the bookings coming from new business.

Reeg said the “robust demand” stems from the lack of group business over the last few months.

“Vegas second half of the year is jammed,” he said. “You basically sat out a year and a half, by the time business gets here. So we think the group story’s going to be a very good story when the doors open starting in June.”

World of Concrete is set to be the first major convention to return to Las Vegas this June, and Gov. Steve Sisolak is aiming to have the state reopen to 100 percent capacity by June 1.

Caesars closed various deals in the first three months of 2021, including the $4 billion acquisition of William Hill PLC and an expanded relationship with the NFL that named Caesars one of three official sports betting partners.

Reeg said the company plans to rebrand its sportsbooks as Caesars, its app as Caesars Sports and tie the recently acquired business into its Caesars Rewards database.

“I would expect we will have a competitive business and brand by this coming football season,” Reeg said.

Caesars plans to divest all of William Hill’s non-U.S. assets, including its U.K. and international online divisions and retail betting shops.

The company is also planning to sell off at least one Strip property, but Reeg said there are no deals on the immediate horizon.

“There are no active discussions on any Las Vegas assets as I sit here today,” Reeg said. “We remain convinced that it does not make sense to market an asset until we can market it off the cash flow that we’re doing with it, not a bridge to what we think we can do with it. So that suggests it’s a 2022 event.”

Reeg also touched on hiring efforts Tuesday, saying it has “certainly” been a challenge, but one he expects could dissipate by the time federal supplemental unemployment benefits end. The Biden administration’s American Rescue Plan provides a weekly $300 boost to unemployment insurance benefits through Sept. 6.

“You should expect that our labor costs will increase some to make sure that we have adequate staff to meet demand, but that increase will be swamped by the demand that we’re seeing,” he said. “I think the demand for entertainment and just fun after the last 12 to 14 months is going to be like nothing we’ve ever seen in our lifetime.”

Caesars shares closed down 1.4 percent Tuesday to $95.53 on the Nasdaq.