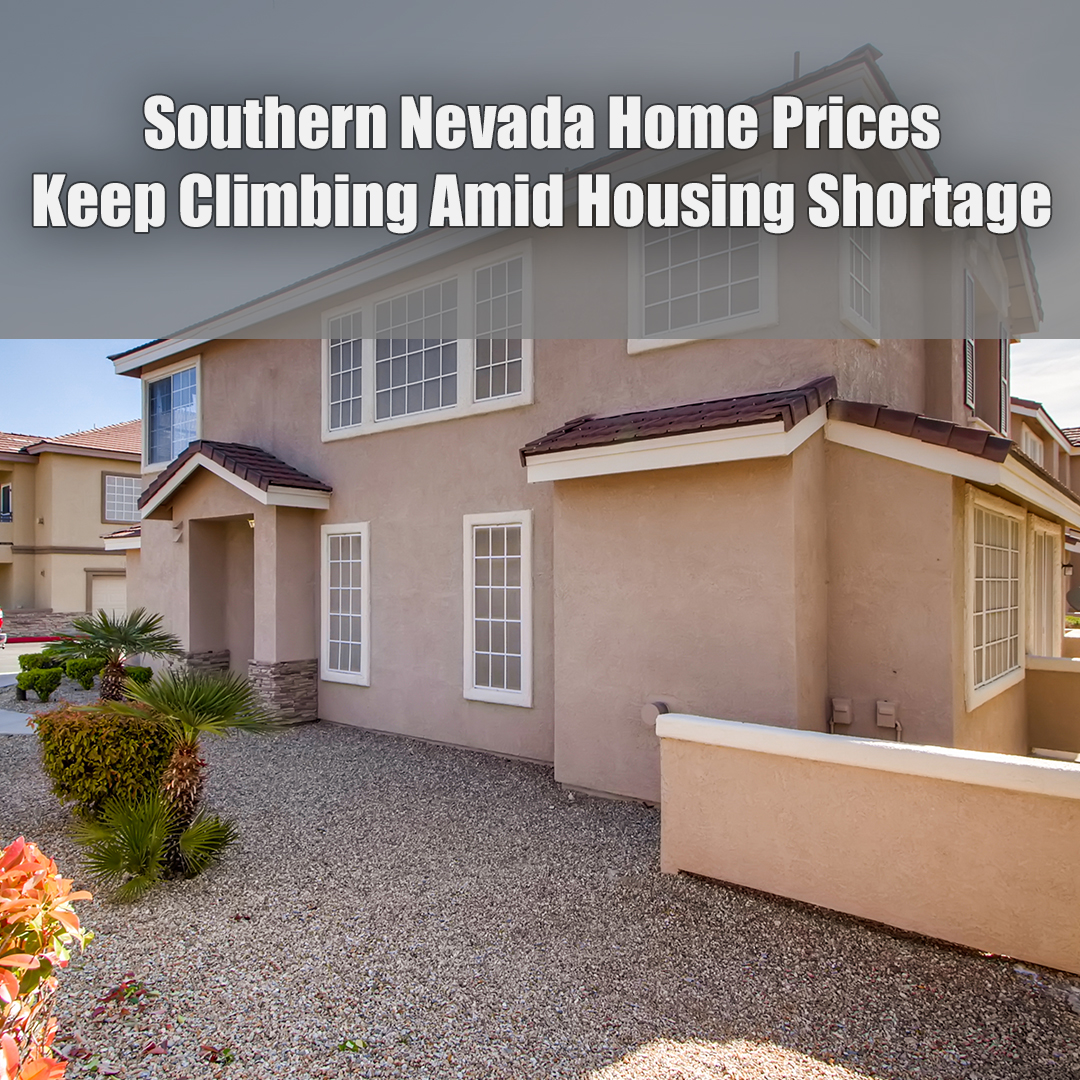 
LVR (formerly known as the Greater Las Vegas Association of REALTORS®) reported that the median price of existing single-family homes sold in Southern Nevada through its Multiple Listing Service (MLS) during September was $337,250. That’s up 8.8% from $310,000 during the same month last year and marks a new all-time record.


“Local home prices keep setting records, which is really remarkable when you think about all the challenges we’re facing,” said 2020 LVR President Tom Blanchard, a longtime local REALTOR®. “The pause during the beginning of the pandemic seems to have pushed the traditional summer sales season into the fall. We’ll see if we can sustain this momentum heading into next year. We’re also dealing with a housing shortage, with no signs of that changing anytime soon.”


With Nevada Gov. Steve Sisolak’s order allowing open houses to resume starting Oct. 1, Blanchard sees the potential for even more activity and “more properties coming onto the market as investors start bringing their tenant-occupied properties back on line – since we can now show those.”


Blanchard said the local housing market continues to benefit from strong demand and mortgage interest rates that are hovering around all-time lows. It also helps that the local housing market was on solid footing when Nevada declared a state of emergency in March. At the time, local home sales were running ahead of last year’s pace and existing local home prices had just surpassed their longstanding record of $315,000 set back in June of 2006.


According to LVR, the median price of existing single-family homes sold in Southern Nevada hit a post-recession bottom of $118,000 in January of 2012 before rebounding steadily since then.


By the end of September, LVR reported 4,798 single-family homes listed for sale without any sort of offer. That’s down 34.6% from one year ago. For condos and townhomes, the 1,525 properties listed without offers in September represent a 16.7% drop from one year ago.


LVR reported that 17.9% of all local properties sold in September were purchased with cash. That compares to 23.0% one year ago. That’s well below the February 2013 peak of 59.5%, suggesting that cash buyers and investors have been less active in the local housing market.


Despite the coronavirus crisis, the number of so-called distressed sales remains near historically low levels. The association reported that short sales and foreclosures combined accounted for just 1.0% of all existing local property sales in September. That compares to 2.0% of all sales one year ago, 2.5% two years ago and 5.2% three years ago.


Blanchard expects distressed sales to remain low as long as state and federal moratoriums remain in place to prevent most evictions and certain foreclosures.


These LVR statistics include activity through the end of September 2020. LVR distributes statistics each month based on data collected through its MLS, which does not necessarily account for newly constructed homes sold by local builders or homes for sale by owners. Other highlights include: