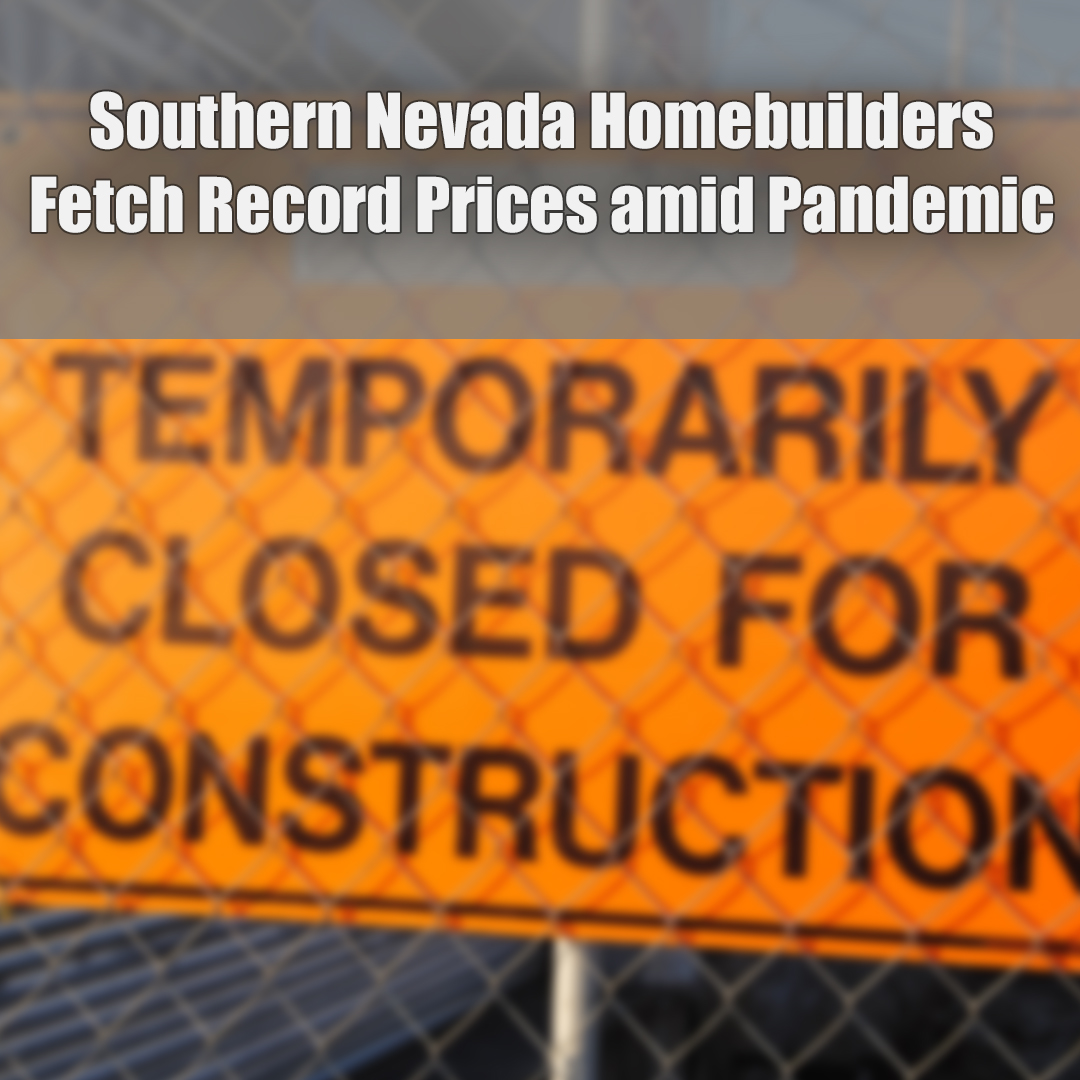 With the economy shattered by the coronavirus pandemic, Las Vegas’ housing market has defied logic: It not only hasn’t crashed, it’s heated up.


On the resale side, prices have hit record highs amid all of the chaos sparked by the outbreak, and buyers have snapped up homes.


Now homebuilders have set their own record during the turmoil.


Locally, buyers closed on newly built single-family homes — builders’ bestselling product in Southern Nevada — for a median price of $411,425 in August. That was up more than 4 percent year-over-year and surpassed the previous record of $410,414 set in October 2019, Home Builders Research President Andrew Smith recently reported.


The record shouldn’t be much of a shock, given the market’s surprising performance in an otherwise dreadful economy.


Smith told me Friday that homebuilders’ base asking prices “have been steadily increasing,” especially since June, and that buyer demand remains high.


He expects builders’ sales totals “to continue at a strong pace for at least the next six months, if not longer.”


By all accounts, the surge has been fueled in large part by record-low mortgage rates, which have let people — or at least those who can still afford to buy a home — lock in lower monthly payments.


Overall, builders closed nearly 5,500 sales of single-family homes in Southern Nevada this year through August, down 6 percent from the same stretch in 2019, and more than 1,100 sales of condos and townhomes, up almost 16 percent, Smith reported.


Throughout the year, builders’ closing prices for single-family homes have mostly been slightly below 2019 levels, as measured by monthly medians. But prices have ticked higher in 2020, with August’s median up 9 percent from January’s, according to Smith’s data.


On the resale market, single-family homes sold for a median price of $335,000 in August, up 1.5 percent from the prior all-time high, set in July, and nearly 10 percent from August of last year, according to trade association Las Vegas Realtors.


Southern Nevada’s main financial engine, tourism, has been devastated by the pandemic, as Las Vegas is seeing steep drops in visitor levels and gambling revenue as compared with year-ago levels.


Facing a plunge in tourism and the still-raging pandemic, some resorts remain closed in Southern Nevada, though casinos were allowed to reopen in early June after more than two months on state-ordered lockdown.


Compared with other parts of Nevada, Las Vegas is seeing “the slowest rebound in jobs” and has the highest unemployment rate in the state, at 15.5 percent as of August, state officials reported.


None of that bodes well for the real estate industry. Then again, the past several months of economic pain didn’t help either, and look how the housing market turned out.