Sports Betting Bigger than Ever

Sports Betting Bigger than Ever 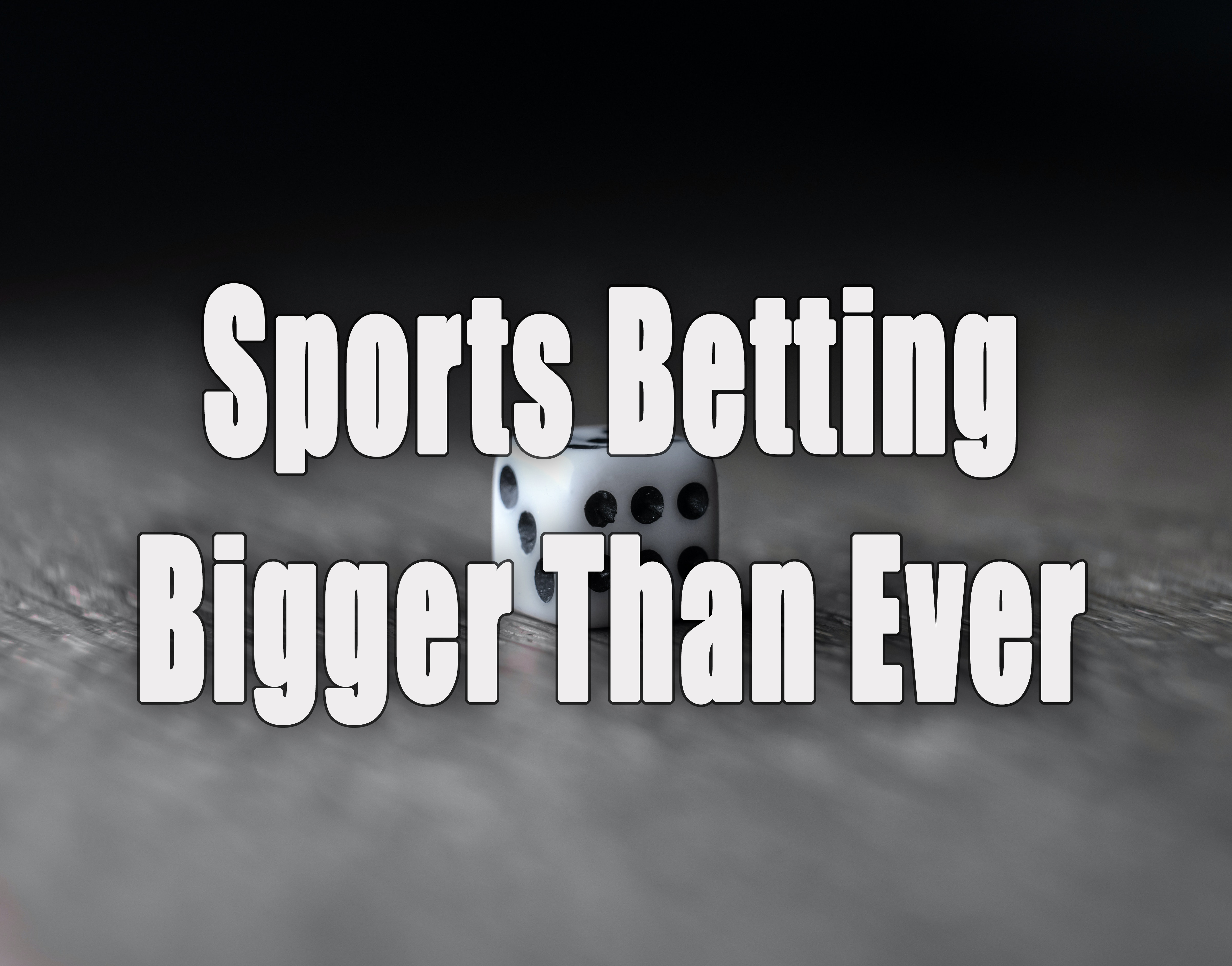 Six months after the sports world came to a screeching halt because of the coronavirus pandemic, the sports betting industry is booming.


Fresh off their biggest August ever, sportsbooks followed that up with a huge betting handle — or amount of money wagered — on Week 1 of the NFL season.


“Sports betting is at an all-time high,” William Hill sportsbook director Nick Bogdanovich said. “The NFL is king and always will be. But betting is up across the board.


“It’s a positive distraction for all the problems in the world right now. People are really enjoying betting sports.”


South Point didn’t take any six-figure wagers but still had a multimillion-dollar handle.


“It was definitely way up on the first week last year,” South Point sportsbook director Chris Andrews said. “It’s just the insatiable desire to bet on the NFL. It probably got accentuated with no exhibition season.


“The college schedule was really lousy, too. Some of those dollars that could’ve gone into a good college week probably went into the NFL instead.”


Circa Sports sportsbook director Matthew Metcalf said the handle was roughly double what it was last year for the NFL’s opening weekend.


“We believe that the combination of our product being a unique one in the current sports betting landscape, combined with an obvious excitement for football to get going again, has led to this explosion in growth we are currently witnessing,” Metcalf said in a text message.


The record handle doesn’t include a promotion DraftKings ran for the Sept. 10 NFL season opener that allowed bettors to take the Chiefs +101 points against the Texans for a maximum wager of $50.


“It shouldn’t be a surprise that sports betting is escalating,” said Avello, formerly of Wynn Las Vegas. “I saw sports betting escalate in Nevada every year, and it’s going to continue to get better.”

New Jersey set a record for betting handle in a month by taking $668 million in wagers in August, which featured NBA and NHL playoff games for the first time. The previous record was set in November 2019, when Nevada books took $614.5 million in bets.


Nevada’s August numbers won’t be released until later this month by the state’s Gaming Control Board. But Westgate sportsbook director John Murray said the book took its biggest August handle ever — though its biggest August win was in 2017 because of the Floyd Mayweather-Conor McGregor fight.


With all four major American sports in action, along with the Kentucky Derby and U.S. Open golf tournament, Murray said September also has a shot at a record.


“September’s going to be close,” he said. “If we got a real college football month, September would’ve definitely been the biggest ever. But the college handle has a been a little slow so far.”

Besides the NFL, Bogdanovich gives the NBA “an A+” for interest and betting handle.


“On Sunday, one of our biggest wins was an NBA playoff game,” Murray said. “The Clippers (and Nuggets) started at 10 a.m. with all the NFL games and people were throwing them into parlays with NFL favorites. We won huge on that game.


“It’s great for business. We’re getting back all that handle we lost over the summer months.”

Besides the loaded sports calendar, the growth of mobile betting apps also has added to the rise in handle.


“Mobile is the king,” he said. “The convenience is off the charts. It’s in your hand 24/7, where the other way you’ve got to drive to a place, park, walk in, grab sheets and probably wait in line. It’s a lengthy process.


“Once you get on mobile, you can turn over bets one after another.”


As long as the sports world keeps turning, sports betting should continue to thrive.


“I worked in the industry back in 2008 (during a recession) and the handle was still pretty good back then,” Murray said. “So far, I haven’t really seen anything that’s been able to deter sports betting. Other than not having sports.”