Strat to Welcome 2021 with Midnight SkyJump

Strat to Welcome 2021 with Midnight SkyJump 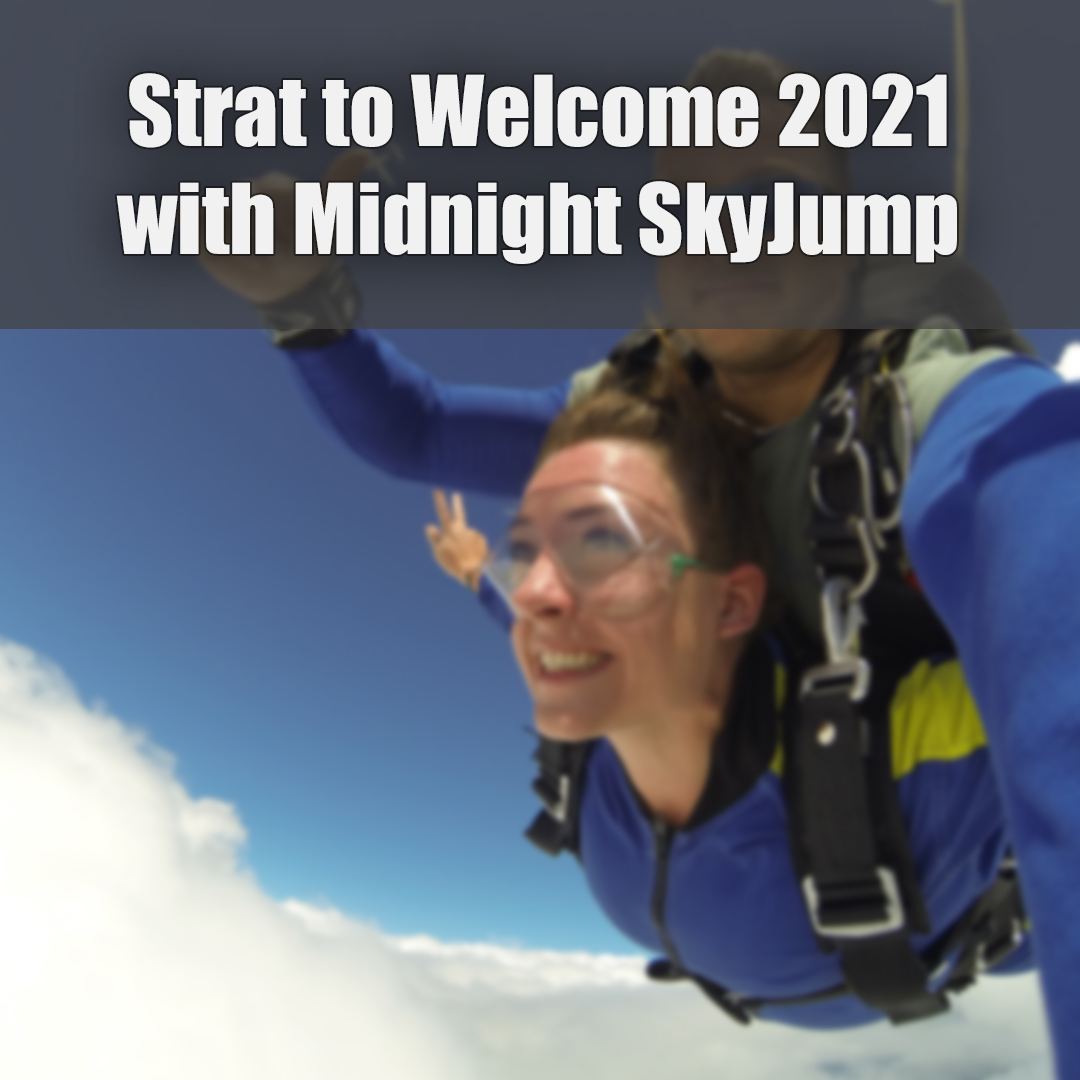 Times Square has its ball drop. The Strat has a human drop. OK, it’s actually more of a jump. But at midnight Thursday, an illuminated hotel guest will safely plunge from the iconic Strat tower to put 2020 behind us, and welcome 2021 to Las Vegas.

In normal times, The Strat’s thrill rides, including the 892-foot-high SkyJump, close early on New Year’s Eve due to fireworks restrictions on Las Vegas Boulevard. With the fireworks canceled this year, however, all of the resort’s rides will be open on Thursday night. The Strat team set out to create an only-in-Vegas spectacle that could rival The Big Apple.

“What’s more iconic on New Year’s Eve than the dropping of the ball in Times Square?” asks Stephen Thayer, vice president and general manager of The Strat. “So why not drop a person from this iconic building?”

The casino this month launched a social media contest to find someone to take the midnight plunge, calling it the Midnight Mirror Ball Sweepstakes. Last week, Ryan Smith was chosen as the winner.

Smith and three close friends will receive wristbands allowing them unlimited access to the tower’s thrill rides on Thursday night, and be treated to a private party for four in the SkyPod. He’ll then suit up in a custom-made, illuminated suit before taking a plunge that will be visible to partiers inside the tower and out.

“It’ll be a lit-up suit, as bright as we can get it,” Thayer says of the outfit, which is still being tweaked in preparation for the jump.

“The SkyPod lights will go dark. You’ll see this lit-up suit up top. And we’re going to time it so he’s landing right at the New Year. We’ve got some confetti cannons at the bottom.”

Smith and his friends also received complimentary rooms for the night. For the rest of Las Vegas, the thrill rides will be in operation until 1 a.m. (reservations are recommended for anyone who wants to make their own SkyJump). Thayer hopes the festivities will provide a unique party experience for a unique New Year.

“So much has been taken away, with the cancellation of fireworks and big parties, we really tried to think of something we could do, out of the box, that would be fun for people and really cause a little bit of a stir.”