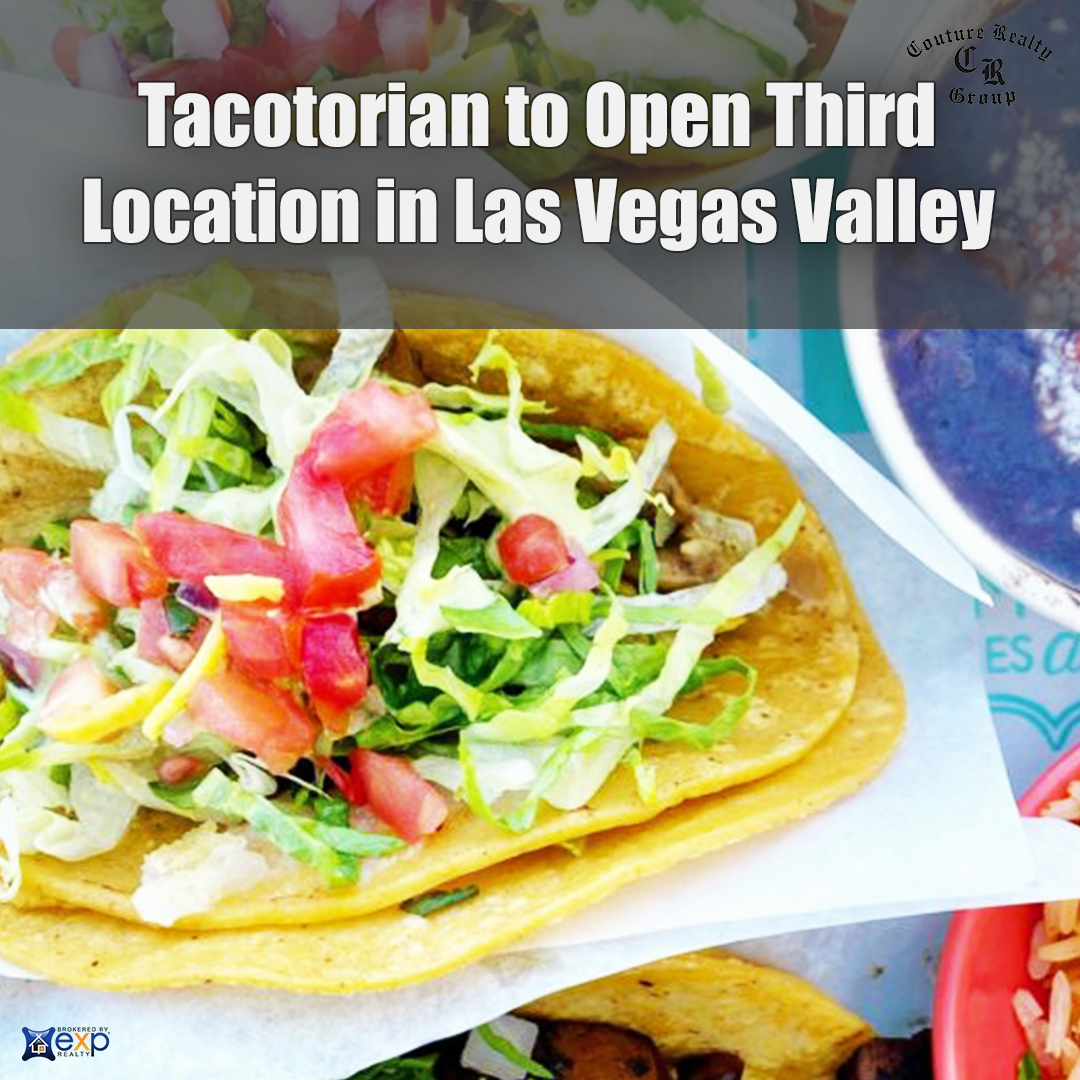 Tacotarian, a vegan restaurant in Las Vegas, is opening its third location in the Valley. The restaurant, which claims to have the most vegan tacos in the universe, is slowly making good on its promise to open a vegan taco shop in every neighborhood and to inspire people to try more vegan food.

With the explosive growth of the vegan dining scene in the last few years in Las Vegas, the landscape is ripe with opportunities.

“What we’ve realized is that there is a huge demand for high-quality plant-based Mexican food,” says Kristen Corral, who is a founder of Tacotarian, along with husband Carlos, and Regina and Dan Simmons. Together, they make up Grupo 33.

According to Corral, the demand isn’t coming from the vegan community alone. In fact, she says 70 percent of their customers who visit Tacotarian on a daily or weekly basis don’t live a vegan lifestyle. “But, most of them leave saying ‘if this is vegan food, I could eat this every day.”

The third location which was chosen based on customer polls is in Henderson at 75 S. Valle Verde.

Due to the pandemic and its slowing down the opening of businesses, Corral hopes to open the doors to the Henderson Tacotarian in June 2021. The restaurant will be similar to the other two locations in Southwest and Downtown Las Vegas. In addition, it will feature a large patio for events and more post-pandemic.

There were also talks to open a Tacotarian in Northwest Las Vegas.

“The pandemic has created extreme competition in the commercial real estate market,” explains Corral. “What people don’t understand is it’s not so easy to just take any open spot. To have a restaurant in a location, there has to be a grease trap and all these other conditions that not all building have. We will get there though.”

A vegan taco shop on every corner

After the opening of Henderson, the journey to having a vegan taco shop on every corner continues. Corral says they are looking into other markets in neighboring states and have received a lot of attention from investors.

“We are really looking at all our options to see how to best achieve our ultimate goal; a vegan taco shop on every corner, or at lease every other corner,” she says.

With nearly 20 tacos to choose from, Tacotarian has the most vegan tacos in Las Vegas (and according to them, the world). The Las Vegas vegan restaurant also offers other Mexican dishes from burritos to birria, as well as desserts and beverages. The Downtown Las Vegas location features a full bar with cocktails and a large patio.

The restaurant offers weekend brunch and rotating specials which give back to local organizations.

The growth of vegan options in Las Vegas

Since the pandemic, there have been a variety of vegan restaurants to open or announce openings. Chikyu Vegan Sushi opened May 2020, followed by Daikon Vegan Sushi & More in Dec. 2020. In addition, Chef Kenny Chye announced a new vegan dim sum restaurant. It was set to open Jan. 2021 but its opening has been pushed back. Plus, Underground Burgers opened, a ghost kitchen serving In ‘N Out-style burgers.

Additionally, more omni restaurants are opening that are vegan-friendly.