Talks with NBA commissioner about expansion

Talks with NBA commissioner about expansion 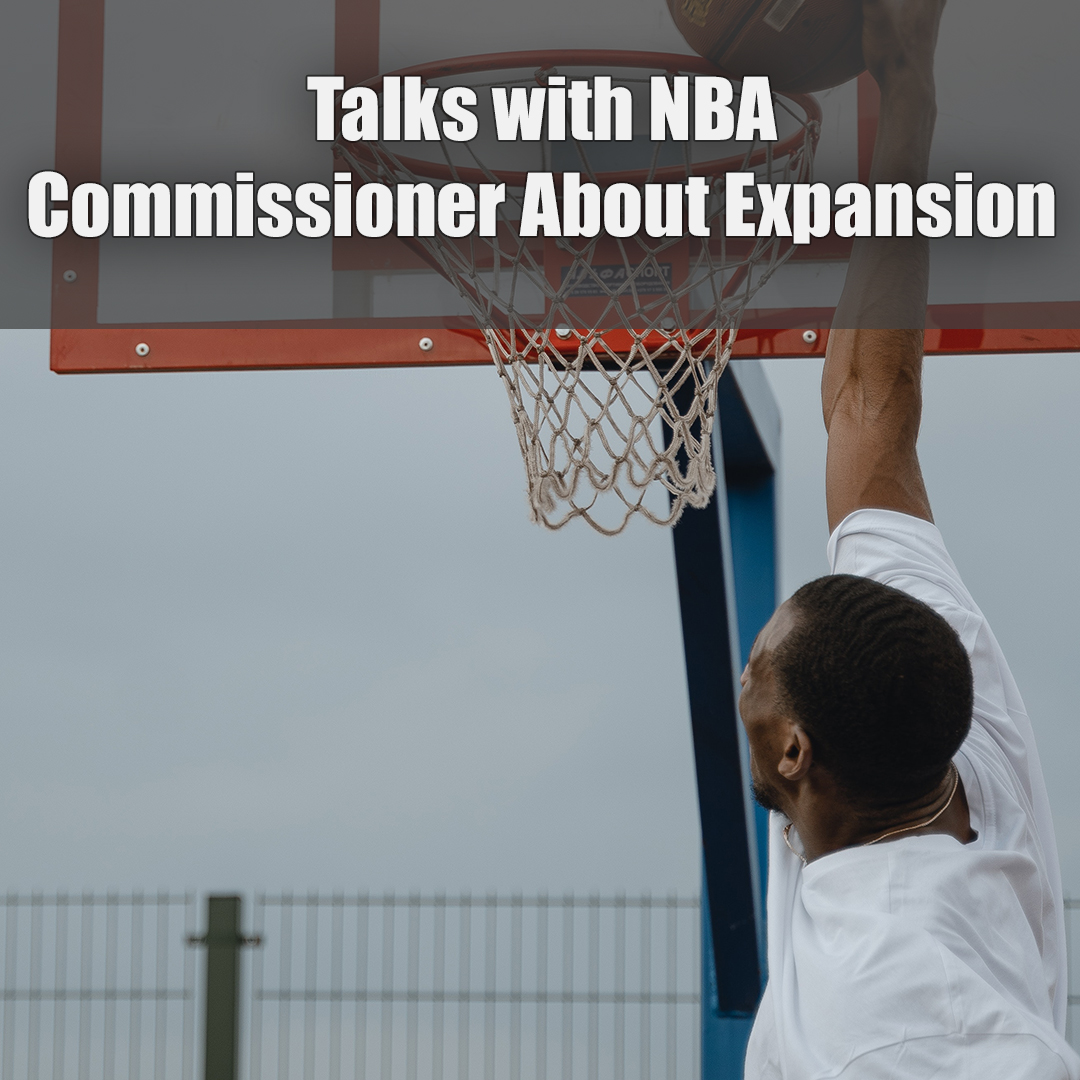 Las Vegas Mayor Carolyn Goodman said she spoke with NBA Commissioner Adam Silver on Tuesday morning — one day after he publicly acknowledged that the league was examining the ramifications of expansion beyond 30 teams.

Silver’s comments came during his annual preseason availability with NBA media, but Goodman said she does not believe expansion is imminent based on her dialogue with the commissioner.

“I don’t think he’s had a single conversation, as he told me, not with any city or any individual representing a city regarding expansion,” Goodman said.

If the NBA were to expand, Goodman said, Las Vegas is eager to be considered.

On Monday, Silver said, “I think I’ve always said that it’s sort of the manifest destiny of the league that you expand at some point. I’d say it’s caused us to maybe dust off some of the analyses on the economic and competitive impacts of expansion. We’ve been putting a little bit more time into it than we were pre-pandemic. But certainly not to the point that expansion is on the front burner.”

Goodman reiterated that an NBA franchise “would be something we’d want to pursue,” and that the key in moving forward is to “get us beyond this COVID challenge that we continue to face.”

One consideration that could be a stumbling block to expansion is maintaining competitive balance.

“It’s not a secret that we don’t have 30 competitive teams at any given time right now when you go into the season, measured by likelihood of ability to win a championship,” Silver said. “One of our focuses as the league office is always on how do you create better competition. So that’s one of the things that we continue to think about as we consider expansion. … It’s an economic issue and it’s a competitive issue for us.”

As for acquiring an NBA franchise in Las Vegas, eyes turn toward MGM Resorts International, given its ownership of the Aces. MGM spokesman Marc Jacobson said the company had no comment.

Still, MGM’s Aces ownership gives it a “leg up” and the company has prioritized sports as an avenue for growth, notes Brendan Bussmann, partner at Global Market Advisors LLC.

“Given the opportunity to potentially own or co-own (an) NBA franchise, I find it very hard (to believe) that they would pass up on that opportunity because those opportunities, as we well know, are very few and far between,” he said.

Even considering MGM’s financial woes during the pandemic, “I think they would find a way to make it happen,” Bussmann said.

There is some concern of “oversaturation” in a town with two major league league teams and roughly 2 million people, and how Las Vegas stacks up against other potential expansion cities, he said.

“The benefit that we have that other cities don’t, is once this whole thing is over with, we’ll have 40 million of our best friends coming to visit us again,” Bussmann said of the pandemic.

Jeremy Aguero, an economist with Applied Analysis, said Las Vegas is and has been a basketball town, evidenced by its affinity for UNLV basketball and the Aces. The brand of Las Vegas and the brand of a professional sports team combine to create something bigger than either on its own, he said.

“Sometimes one plus one can equal three,” Aguero said.

The COVID-19 crisis has hurt Las Vegas’ “gathering-” and tourism-based economy particularly hard, and that could complicate the timing of potential NBA expansion into the city, Aguero said. He expects visitation and the demand for Las Vegas’ offerings will return as restrictions lift and people feel safe traveling in the next couple of years. He thinks that’s enough runway for the expansion process to play out.

The NBA and Las Vegas have a history that dates to the 1983-84 season, during which the Utah Jazz played 11 home games at Thomas & Mack Center. The city is home to the WNBA’s Aces and plays host to the NBA’s annual Vegas Summer League, which began in 2004 and welcomed all 30 teams for the first time in 2018.

Las Vegas also hosted the league’s All-Star Game in 2007 at Thomas & Mack Center and the NBA G League’s annual winter showcase in 2018 and 2019 at the Mandalay Bay Convention Center.

Goodman was effusive in her assessment of the league’s relationship with the city.

“We’re ready, willing and able and have a great relationship there and would look forward to the (NBA) in our city as soon as we could get it going,” Goodman said.

Of her persistence in seeking an NBA franchise for Las Vegas, Goodman said, “I think I’m more annoying to (Silver) than anybody else, … I know he sees the advantage of the Las Vegas area for an expansion team at the right time.”

Relocation hasn’t happened since the Seattle SuperSonics bolted in 2008 for Oklahoma City, becoming the Thunder. Seattle is at the forefront of any conversation about relocation or expansion, given the city’s unwavering commitment to basketball and the Sonics.

Goodman’s husband, Oscar, preceded her as mayor and told the Review-Journal in April that bringing a franchise to Las Vegas was one of his goals during his 12-year tenure. He assumed office in June 1999 and said he visited former NBA Commissioner David Stern a few weeks later at his New York office to campaign for his team.

His efforts were unsuccessful, but he managed to persuade Stern and the league to bring the All-Star Game to town in 2007.

“(Las Vegas) was a growing community with potential that no other city had. It’s a big sports town,” he said. “We had UNLV championship teams. We showed that we could support basketball. We had the Summer League.”

Golden Knights minority owner George Maloof was part of a family that owned the Sacramento Kings and said he would have seriously considered bringing the franchise to Las Vegas had an NBA-caliber arena been available.

Thomas & Mack Center did not suffice and the family sold the franchise in 2013, three years before the world-class T-Mobile Arena opened on the Las Vegas Strip. Other markets with NBA aspirations include Kansas City, Missouri, and Anaheim, California.

Maloof said earlier this year that he thinks “ultimately there will be an NBA team here, I assume at some point.” As did Jim Murren, the former CEO of MGM, which bought the Aces in 2017.

“The NBA loves Las Vegas,” Murren said in July while speaking at a Las Vegas Global Economic Alliance event. “I expect an NBA team over the next few years.”

Expansion would help the NBA’s owners recuperate some of the revenue lost during the pandemic. Expansion fees would likely exceed $1 billion and subsequently be distributed evenly among the 30 franchises.