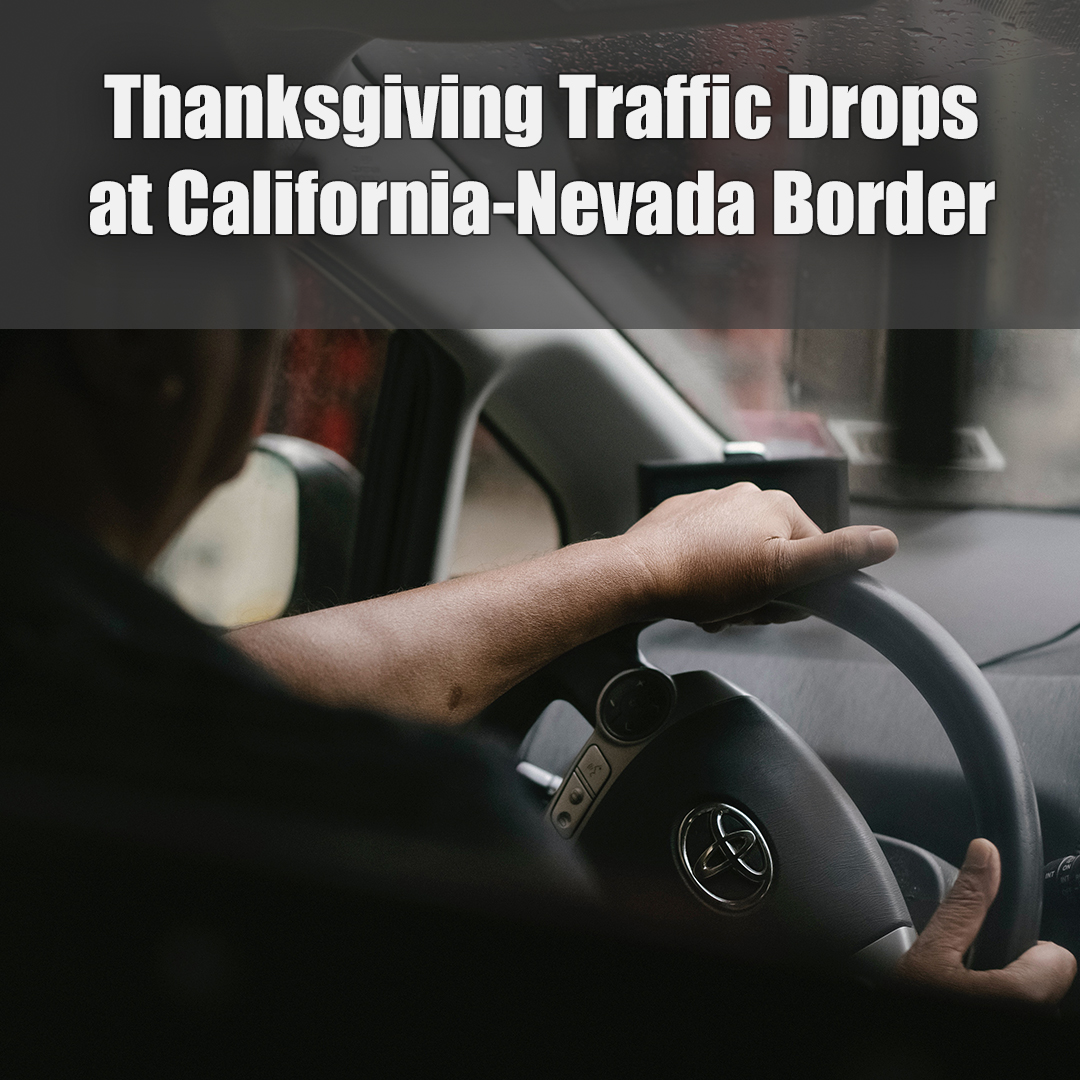 If traffic volumes at the state lines bordering Southern Nevada are any indication, it appears many in the region got the message to not travel during Thanksgiving.

Traffic volume on I-15 at the Nevada-California line — which sees the largest number of travelers each day — on Nov. 25-29 was down 20 percent compared with 2019. A total of 244,627 cars crossed the border, both north-and southbound, during the five-day stretch.

One could blame the pandemic, but the dip comes after traffic volume at the Nevada-California border has been steadily increasing since June, eventually eclipsing 2019’s total in October.

October traffic near Primm saw volume increasing to 7.3 percent above the same month last year, according to the Las Vegas Convention and Visitors Authority’s October visitors report. That was the first year-over-year monthly increase since awareness of the pandemic affecting Las Vegas began in March.

The Thanksgiving dip was even below the average travel levels recorded since mid-June, as traffic volume has been running between 85 percent and 90 percent of 2019 levels, according to RTC data.

Despite the double-digit dip in Southern Nevada, the rest of the county didn’t follow suit.

Vehicle travel increased around the holiday, peaking on Thanksgiving Day at only about 5 percent less than the pandemic-free period in 2019, according to StreetLight Data, which provided an analysis to The Associated Press.

“People were less willing to change their behavior than any other day during the pandemic,” Laura Schewel, founder of StreetLight Data, told The Associated Press.

The Transportation Security Administration also screened more than 1 million passengers at U.S. airports on four days during the Thanksgiving travel period. The only previous time the million-passenger threshold was hit since the pandemic began affecting travel in mid-March occurred Oct. 18.

“If only a small percentage of those travelers were asymptomatically infected, this can translate into hundreds of thousands of additional infections moving from one community to another,” Dr. Cindy Friedman, a Centers for Disease Control and Prevention official, said last week during a briefing.

McCarran International Airport numbers were below national numbers, which is usually the case during Thanksgiving even in non-coronavirus years, according to Joe Rajchel, McCarran spokesman.