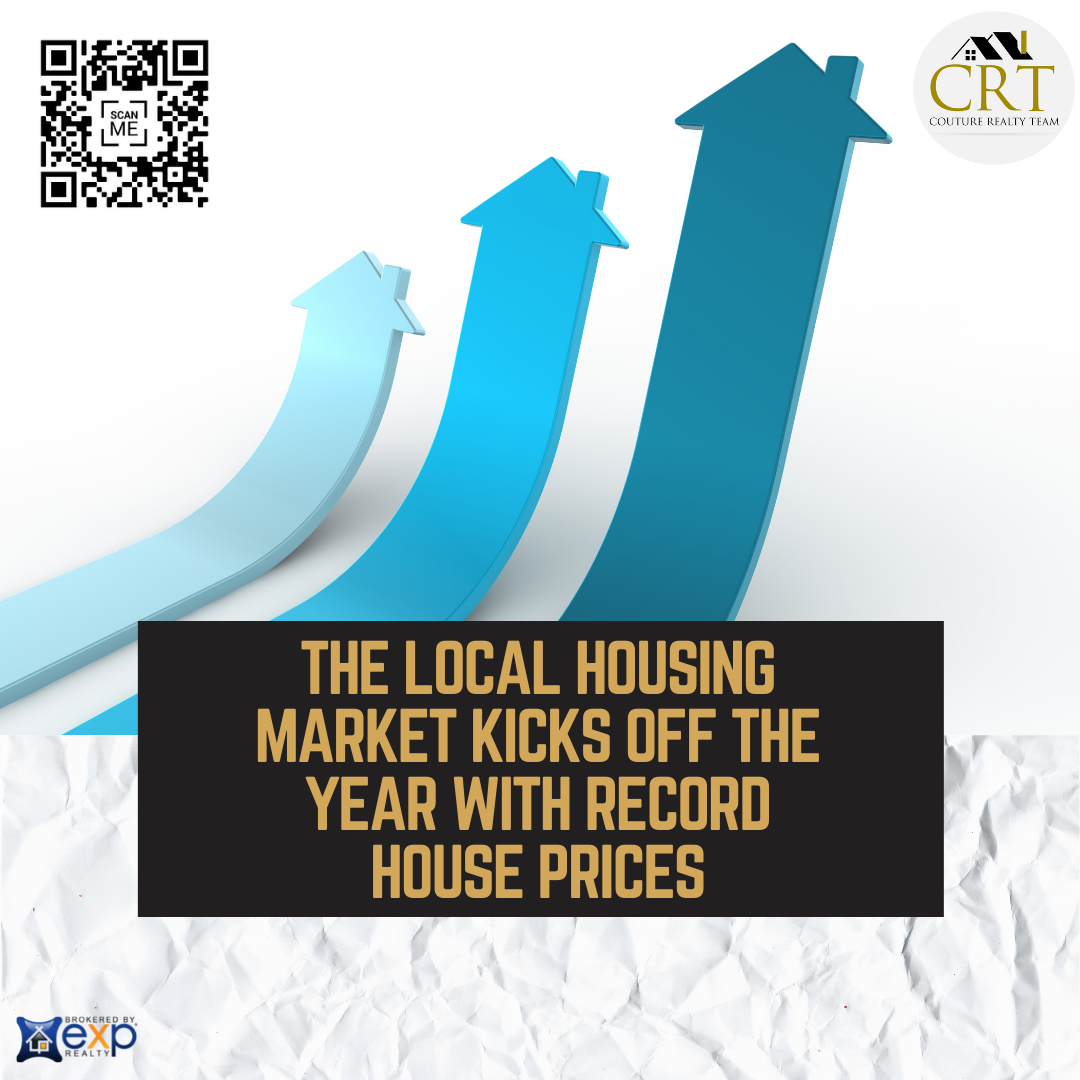 A report released Tuesday by Las Vegas REALTORS® (LVR) shows the new year did little to change the trajectory of the local housing market, as home prices reached another record high amid a historically tight supply.


LVR reported that the median price of existing single-family homes sold in Southern Nevada through its Multiple Listing Service (MLS) during January was $435,000. That tops the record high set in December. The median home price is up 26.1% from $345,000 one year ago. The median price of local condos and townhomes sold in January was $243,000. That also breaks the all-time record set the previous month and is up 25.9% from $193,000 in January 2021.
LVR President Brandon Roberts, a longtime local REALTOR® whose one-year term as president began on Jan. 1, said “predictions of an unseasonably warm winter for the housing market appear to be coming true, despite a recent rise in mortgage interest rates.”
He noted it has now been a decade since the local housing market hit its post-recession bottom when the single-family home price in Southern Nevada hit its low point of $118,000 in January of 2012.
“It’s amazing to think that local home prices have more than tripled since then and are now $317,000 higher than they were 10 years ago,” Roberts said.
The new year began the same way 2021 ended – with record home prices, a shrinking local housing supply, and homes continuing to sell faster than during past years. Roberts said January’s sales pace equates to less than a one-month supply of properties available for sale.
By the end of January, LVR reported 1,821 single-family homes listed for sale without any sort of offer. That’s down 21.3% from the same time last year. The 322 condos and townhomes listed without offers in January represent a 62.0% decrease from one year earlier.
LVR reported a total of 3,272 existing local homes, condos, and townhomes sold in January. Compared to one year ago, January sales were down 2.9% for homes, but up 13.9% for condos and townhomes.
According to LVR, 2021 was a record year for local home sales. The total number of existing local homes, condos, townhomes, and other residential properties sold in Southern Nevada during 2021 was 50,010. That was the first time the association reported more than 50,000 properties changing hands in a year and topped the previous record set in 2011 by nearly 2,000 sales. By comparison, LVR reported 41,155 total sales during 2020.
Roberts expects local home prices to continue rising in 2022 but agrees with national experts who have been forecasting that they are likely to increase more gradually than they did in 2021.
In January, LVR reported that 30% of all local property sales were purchased with cash. That’s up from 21.3% one year ago. While that percentage increased over the past year, it’s still below the March 2013 cash buyer peak of 59.5%.
Aided by government-imposed restrictions on evictions and foreclosures during the ongoing pandemic, the number of so-called distressed sales remains near historically low levels. LVR reported that short sales and foreclosures combined accounted for just 0.8% of all existing local property sales in January. That compares to 1.2% of all sales one year ago, 2.7% two years ago, 2.8% three years ago, 4.3% four years ago, and 11% five years ago.
These LVR statistics include activity through the end of January 2022. LVR distributes statistics each month based on data collected through its MLS, which does not account for all newly constructed homes sold by local builders or homes for sale by owners. Other highlights include:
The total value of local real estate transactions tracked through the MLS during January was nearly $1.4 billion for homes and more than $183 million for condos, high-rise condos, and townhomes. Compared to one year ago, total sales values in January were up 20.5% for homes and up 39.8% for condos and townhomes.
Homes have been selling faster than in previous years. In January, 86.7% of all existing local homes and 90.0% of all existing local condos and townhomes sold within 60 days. That compares to one year ago when 80.7% of all existing local homes and 75.5% of all existing local condos and townhomes sold within 60 days.