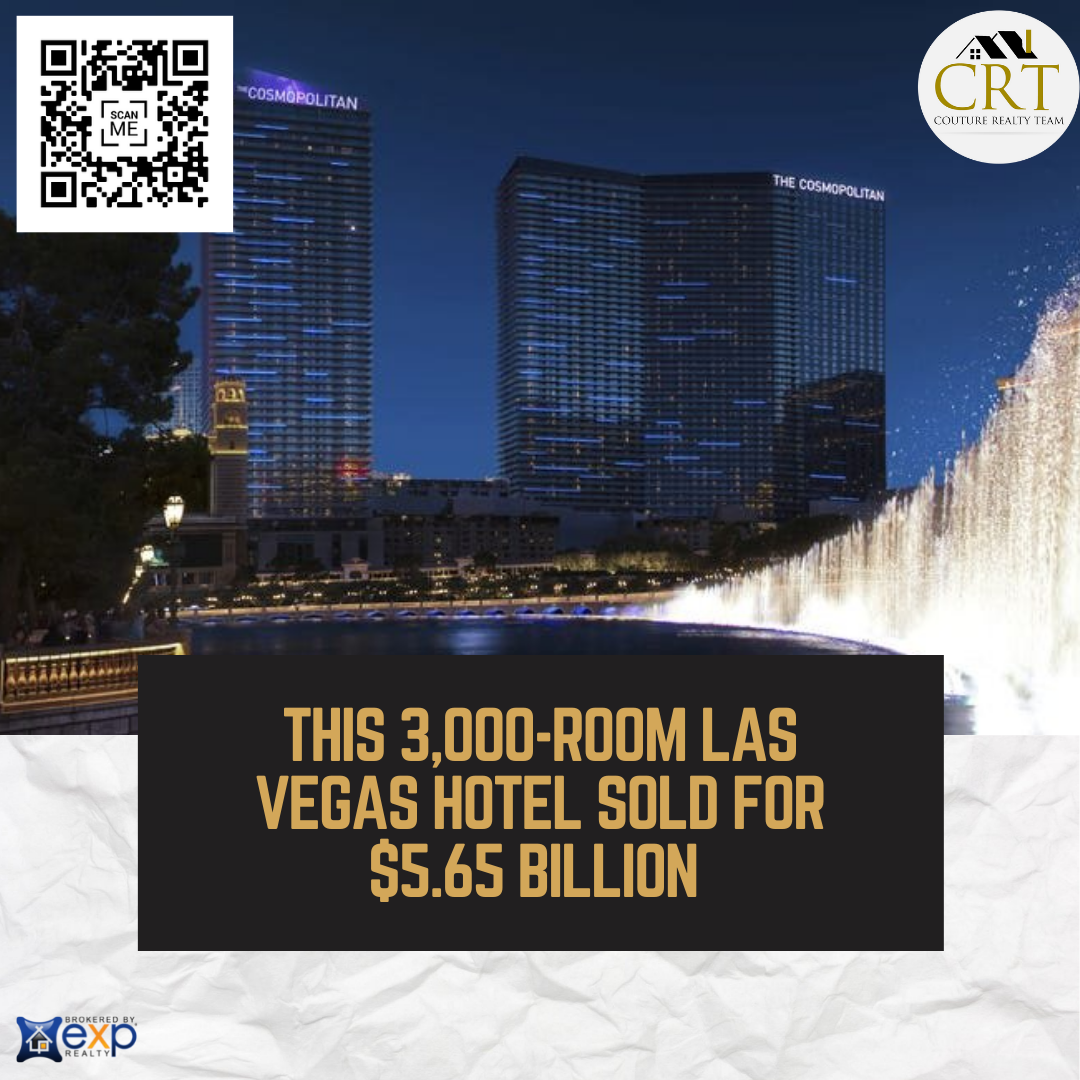 The owner of Cosmopolitan of Las Vegas, the New York private equity firm Blackstone, is selling the 3,000-room hotel on the Las Vegas Strip in a $ 5.65 billion deal in partnership with casino giant MGM Resorts International that plans to operate the property.


The new owners – the Cherng Family Trust, headed by Panda Express billionaires Andrew and Peggy Cherng; real estate investment firm Stonepeak Partners; and a Blackstone real estate fund, Real Estate Income Trust Inc. – will pay more than $4 billion to acquire the property, Blackstone said Monday. MGM Resorts will pay $1.6 billion to take over the hotel's operations.
Blackstone said it has agreements with unions for about 3,000 employees to keep their jobs.
The transaction needs regulatory approval and is projected to close in the first half of 2022.


The Cosmopolitan includes a casino, the Marquee nightclub, several restaurants, and a fourth-floor swimming pool overlooking Las Vegas Boulevard. It opened in 2010 at a cost of about $4 billion and sits between MGM Resorts' Bellagio and the City Center project that includes the Aria Resort & Casino and Vdara Hotel & Spa.
Blackstone bought it in 2014 from Deutsche Bank for about $1.7 billion and said Monday it invested some $500 million in renovations.


The property, along with all other casinos in Nevada, was closed due to the coronavirus pandemic from mid-March to early June 2020. But Blackstone said the Cosmopolitan's performance in the second quarter of 2021 exceeded pre-COVID levels.
MGM Resorts, a major presence on the Strip, will run the hotel complex. It already owns 13 Las Vegas Boulevard properties, including the MGM Grand, Mandalay Bay, and Delano Las Vegas and New York-New York, as well as the T-Mobile Arena and the Park retail promenade.
MGM Resorts executives called The Cosmopolitan a good fit with other company properties and said the deal should drive growth at the hotel.