Thunderbirds to Fly over Allegiant Stadium Ahead of Raiders Game

Thunderbirds to Fly over Allegiant Stadium Ahead of Raiders Game 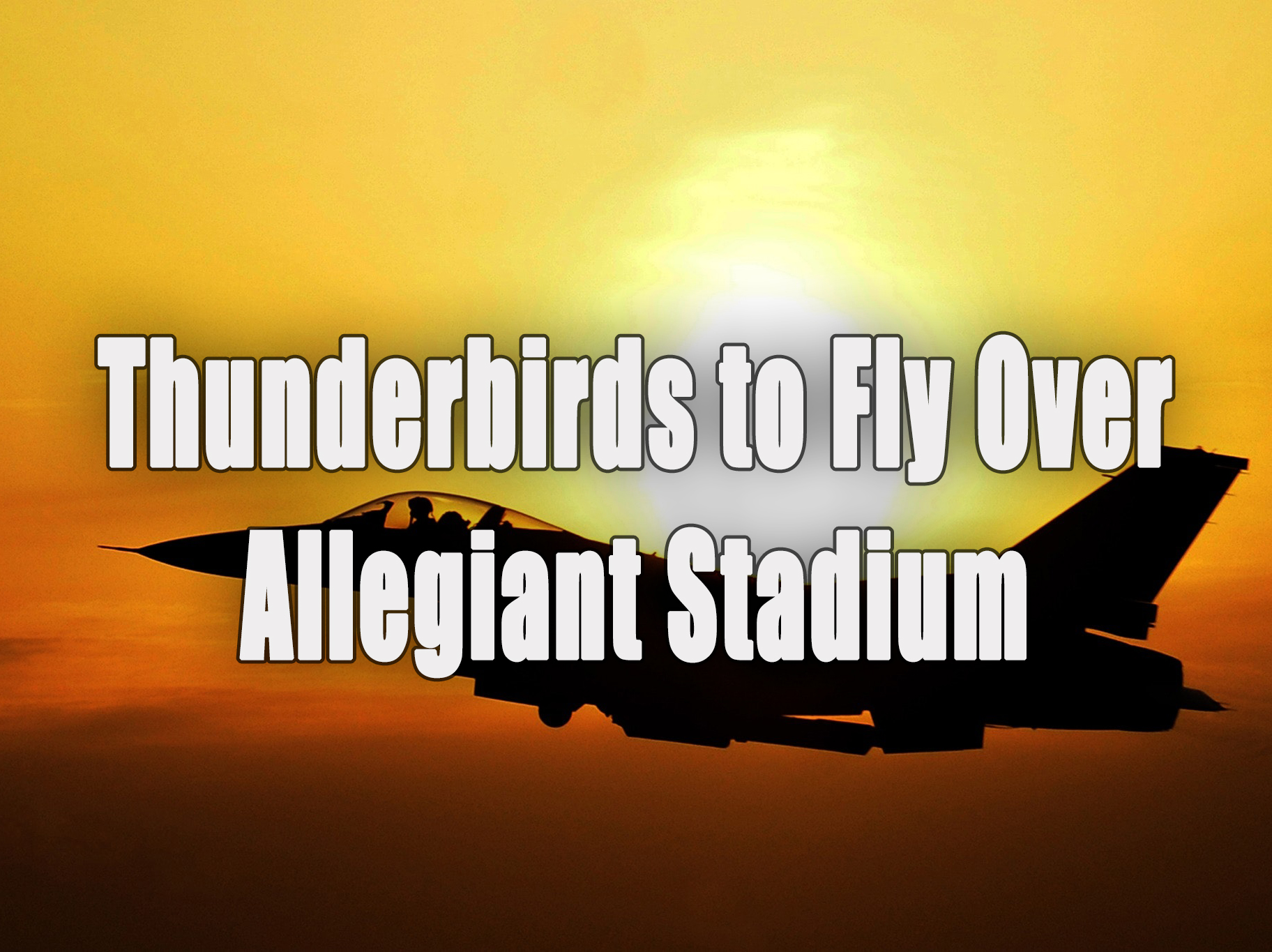 The home opener for the Las Vegas Raiders, already planned for a major television event, just got a bit bigger and faster.


The U.S. Air Force Thunderbirds will fly over Allegiant Stadium about 5:15 p.m. Monday as the national anthem is played.


The squadron based at Nellis Air Force Base has been performing flyovers at several major U.S. cities this summer as well as two flyovers above Las Vegas.


“The Thunderbirds are honored to support the Raiders’ first home game in Las Vegas,” said Lt. Col. John Caldwell, Thunderbirds commander and leader. “We look forward to showcasing the pride, precision and professionalism of our nation’s 693,000 total force Airmen and to football fans around the world and welcoming the Raiders as neighbors to the city we call home.”

The Killers, also a Las Vegas institution, will perform during the halftime show. It will be prerecorded, having been shot from the top of Caesars Palace last week.


A news release said six F-16 Fighting Falcon Thunderbirds aircraft will depart Nellis at low altitude and will start emitting performance smoke as they head south at Craig Road as they cross Interstate 15 and fly over Allegiant during the final notes of the national anthem.


The flyover will come shortly before kickoff for the first game to be played at the new $2.02 billion stadium that normally would seat 65,000 fans.


No fans are being allowed into the stadium this season because of the pandemic.

The Thunderbirds have been stationed in Las Vegas since 1956. The team is composed of eight pilots, four support officers, 120 enlisted airmen and three civilians serving in 28 Air Force job specialties.


Monday will be the team’s third national sport event flyover in 2020 and the first-ever collaboration with the Las Vegas Raiders.

The game will be televised on ESPN and ABC.


The Raiders’ first game in Allegiant coincides with the 50th anniversary of the league’s first “Monday Night Football” broadcast, and ESPN is going all out in its coverage.


The MegaCast, starting at 5:15 p.m. Monday, will include simulcasting ESPN’s coverage of the Saints-Raiders matchup on ABC, marking “Monday Night Football’s” first time on the network since 2005.