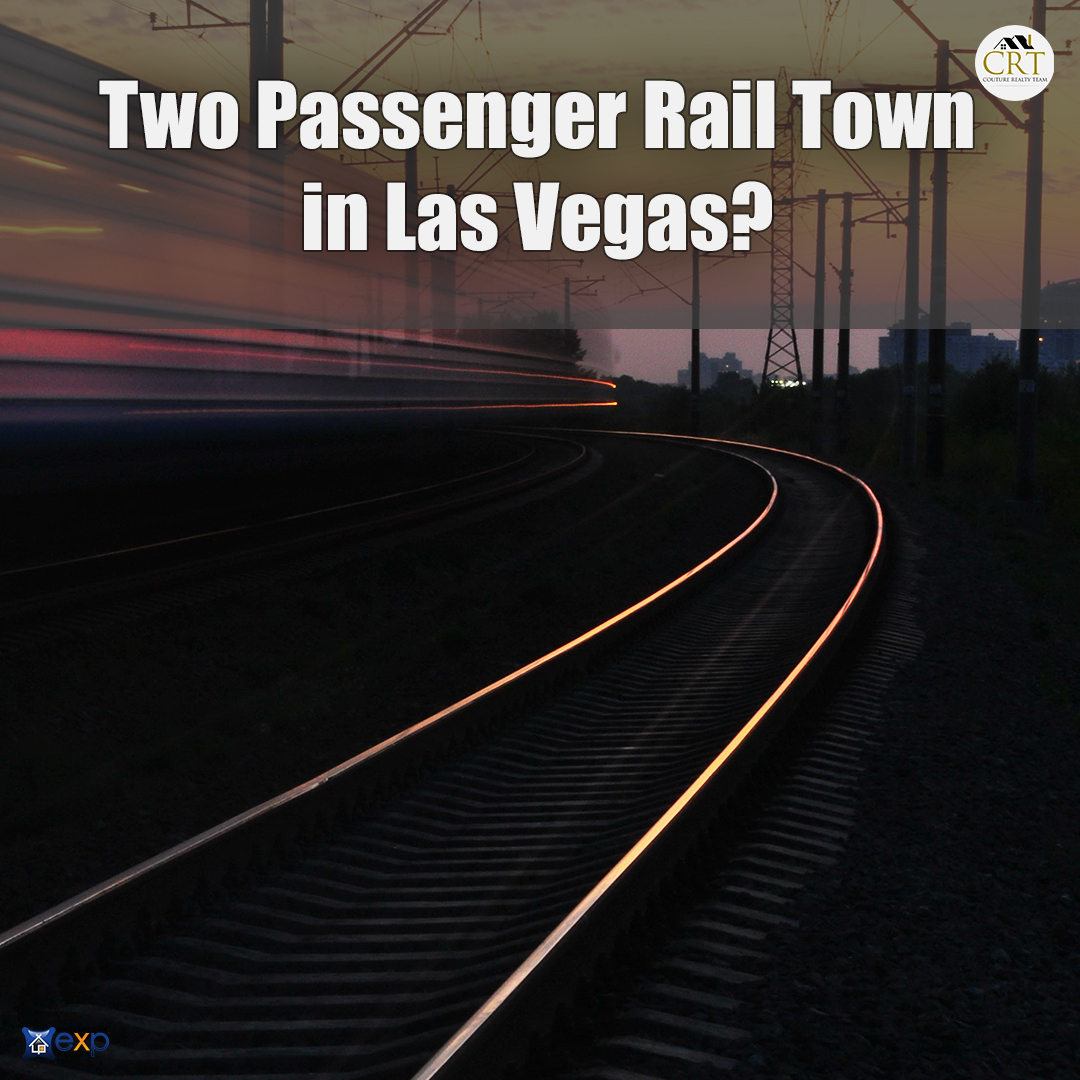 A plot of land, bordered by I-15 and Las Vegas Boulevard South, is where Brightline West says it plans to build its high-speed rail station in Las Vegas. It's in Commissioner Michael Naft's district.

“I think the Brightline option continues to be a wonderful potential for our community. They continue to move forward, hire staff and are committed to breaking ground this year,” Naft told me Friday.

In January, the company told the Nevada High-Speed Rail Authority it plans to break ground sometime in the second quarter of this year.

Las Vegas hasn't had passenger rail since 1997 when Amtrak pulled out. Last week, Amtrak proposed it would return, part of the Biden infrastructure bill.

But it raises the possibility of two passenger companies rolling into town.

“I think whichever one of them comes first, it probably means the other one is not going to happen,” says in-house transportation guru Tom Hawley, expert on anything that rolls or flies. That's Tom assessment of whether we'd become a two-passenger railroad town. He's not alone.

Congresswoman Dina Titus has been working to bring Amtrak back as long as she's been in Congress.

“If the Brightline train does go through, and I'm optimistic, I'm supportive of that, that will probably replace the notion of an Amtrak,” the Las Vegas Democrat tells us.

That's not idle chatter. Titus is a senior member of the House Transportation Committee, which will take up the $2 trillion Biden infrastructure bill. It would put $80 billion toward rail, and spending some of that money may be a hard sell to a town possibly getting a competing passenger railroad.

Brightline is privately financed, facing its own money challenges. It ditched its bond sale last year thanks to the pandemic.

The company said in January, "We are preparing a revised financing plan for 2021 that is expected to include additional equity and a relaunch of the bond sale in the new year in an improved economy and more stable financing market.”

Brightline tells the authority it has picked a contractor for the trains, which would run at 200 mph from Las Vegas to Victorville, and the company hopes, eventually in Los Angeles. The company says it is “in discussions with other stakeholders” about service into the L.A. Basin.