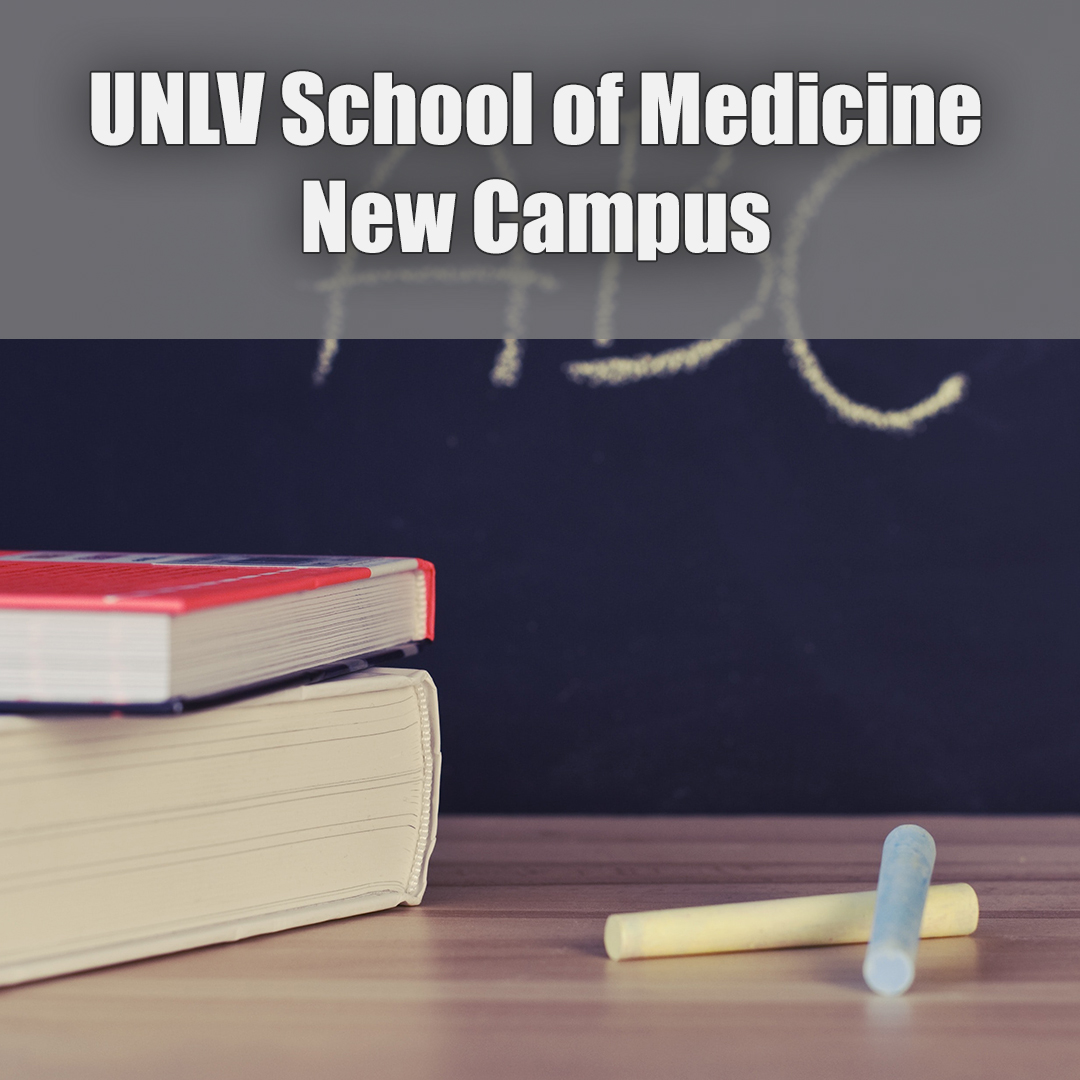 
Officials are expecting the approximately 135,000-square-foot, five-story building will be ready to occupy in summer 2022.


“That is really about three years ahead of schedule,” UNLV School of Medicine Dean Dr. Marc Kahn told the Review-Journal on Wednesday.


Kahn cited work by the Nevada Health and Bioscience Corp., which is overseeing the project, and a better availability of materials and workers due to COVID-19-related economic impacts as factors in moving forward sooner than expected.


The medical education building will be constructed on a 9-acre parcel at 625 Shadow Lane in central Las Vegas. It’s across the street from Valley Hospital Medical Center and is part of the Las Vegas Medical District.


The building will cost an estimated $125 million to build, and the Nevada Health and Bioscience Corp. — which formed in January — is raising money to pay for the project.


“It’s important to not forget the challenges people face in accessing health care,” he said, noting the medical education building will help with serving the community.


The medical education building will be “very student focused,” Kahn told the Review-Journal. It will include classrooms, a small dissection lab, simulation center, cafe and study areas.


The first class of students at the UNLV School of Medicine started their studies three years ago and will graduate in May 2021. In total, the school has 240 medical students — 60 per class — and 320 residents and fellows.


The school’s first permanent building will allow for expanding enrollment in the future to help address the physician shortage. The building will accommodate a class size of up to 120 students, doubling the school’s current capacity.


Nevada ranks 45th in the nation for the number of active physicians per 100,000 residents, according to a January report from the University of Nevada, Reno about the state’s physician workforce.


Initially, the new UNLV School of Medicine campus will have just one building, but there’s space to add more as needed. “As the medical school grows, the need for labs is going to grow,” Kahn said.


The medical school is currently housed at the Shadow Lane Biotech Research Center and leases a building on Charleston Boulevard for its administrative offices.


In November 2019, Gov. Steve Sisolak announced a plan for a permanent campus funded by about $150 million in donations, superseding a plan approved by the Nevada System of Higher Education regents in July 2019 to allow the university to pay for the project using $125 million in bonds.


But over the summer, the state Legislature canceled a $25 million capital improvement outlay for UNLV’s medical school as part of pandemic-spurred budget cuts.


Maureen Schafer, CEO of the Nevada Health and Bioscience Corp., told the Review-Journal on Wednesday there are significant financial commitments from donors. And she said the corporation is in conversation with the governor’s office and Legislature seeking resolution to the $25 million cut.


Despite a difficult time for individuals and families — and a challenge for fundraising — a crisis like COVID-19 is when there’s the most collaborative work, Schafer said. “I guess I would say to the community that we will prevail.”


During the groundbreaking, Las Vegas City Councilman Brian Knudsen — who represents Ward I, which includes the Las Vegas Medical District — said he had amazing conversations with medical providers and medical students when his son was critically ill in the pediatric intensive care unit at University Medical Center.


He said he found out many of the medical students were planning to leave Nevada after graduating to go elsewhere for graduate medical education. Knudsen said there’s an obligation to build a community where medical students want to stay to build their practices and raise their families.


Clark County Commissioner and UMC Board of Trustees Chairman Lawrence Weekly — who was born at UMC — said there were a lot of naysayers who thought UNLV’s medical education building project wouldn’t come to fruition. But now, it will be “our jewel right here in the desert.”


Kahn asked groundbreaking attendees to imagine Las Vegas as a place that can attract patients from across the United States to get top-notch health care, where the ability to care for all citizens in Las Vegas serves as a model for the rest of the country, and where the newest and most promising medical technologies are homegrown at UNLV.


“The future health care of the valley — of Las Vegas — depends on our ability to train the next generation of physicians and what better place to do that than a modern, technologically advanced medical education building,” he said.