UNLV Sells Out Tickets to First Game at Allegiant Stadium

UNLV Sells Out Tickets to First Game at Allegiant Stadium 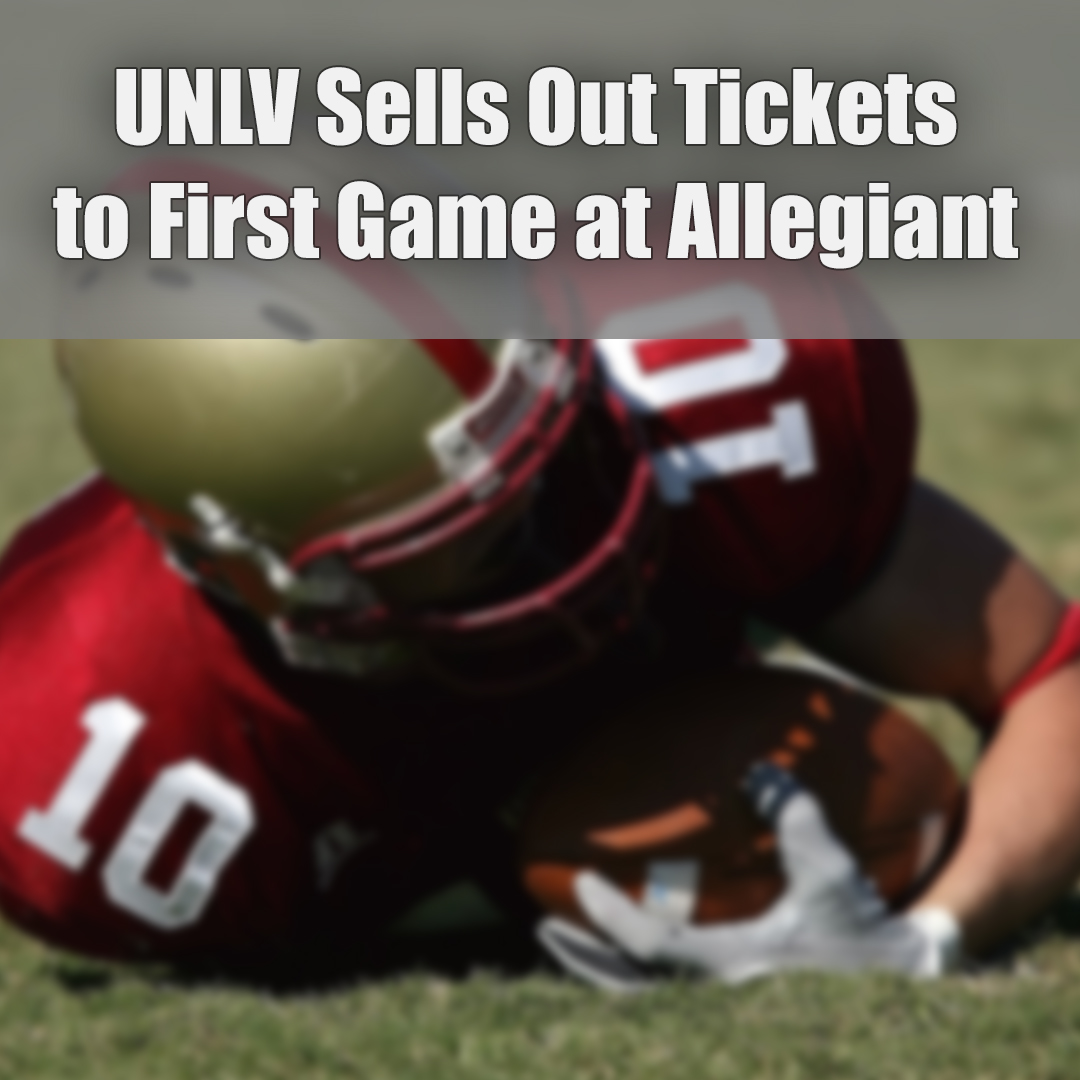 Tickets for UNLV’s inaugural game at Allegiant Stadium versus in-state rival UNR sold out Tuesday shortly after being made available for purchase.


Less than 2,000 tickets were made available to priority UNLV football season ticket holders and Rebel Athletic Fund members, and they were gone within an hour, according to Andy Grossman, UNLV Athletics spokesman.


“The first opportunity for the people who were highest on the list based of their priority points was noon and then before 1 o’clock they were gone,” Grossman said.


Prices for tickets to be the very first fans to attend an event at the $2 billion stadium started at $110. UNLV plays the Wolf Pack at 7:30 p.m. Saturday.


Additionally, premium season ticket holders, who bought tickets to suite and VIP areas, didn’t have to purchase from the single-ticket lot.


Although large event venues with 2,500 or more fixed seats are allowed up to 10 percent capacity, UNLV opted to apply for 3 percent capacity to ensure it could adhere to the state mandated COVID-19 regulations. The school originally applied for 6,150 fans, but after reviewing its plan with Clark County officials, UNLV derived the 2,000-person cap.


Parking lots will open two hours before kickoff, with fans parking in designated zones and no tailgating allowed. Gates to the stadium will open 90 minutes before game time.


Fans will be seated in eight zones, which will be noted on their mobile ticket, with no more 250 people allowed per section. There will be 25-foot buffer zones between the sections and fans will not be allowed to leave their designated zones. Each zone will have designated entries, restrooms and concession stands. Stadium employees will also be required to stay in their designated zone.


“Essentially everything is self-contained within each zone,” Grossman said.


Parties can sit only in groups of six or less, with just two groups allowed in each row with at least 6 feet of distance between them. This allows each group to have a dedicated entry/exit point to their row, eliminating the need for fans from separate parties to pass by each other to get to their seats.


Fans will be required to fill out a health survey ahead of arriving at the stadium and be subject to a temperature screening as they enter. Fans also will be required to wear face coverings, carry only clear bags and follow social distancing guidelines.


UNLV’s plan will have to be resubmitted to county and state officials following the school’s Nov. 7 game against Fresno State. The number of fans allowed would be increased only if the state raises the 10 percent capacity limit by that time.


A similar plan will be submitted for men’s basketball games at the Thomas & Mack Center, Grossman said.