US Existing Home Sales, And Prices, Rise Again in January

US Existing Home Sales, And Prices, Rise Again in January 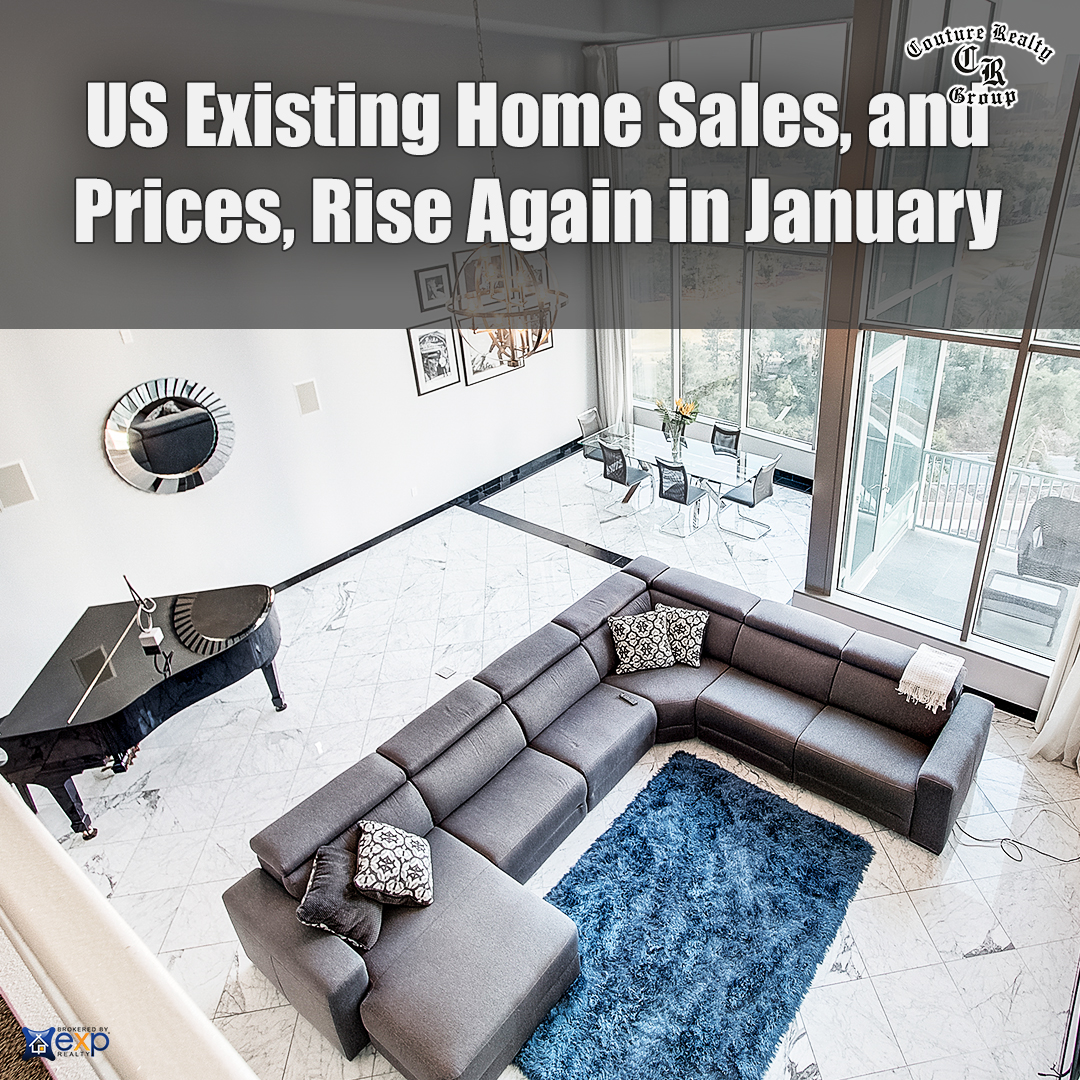 Sales of previously occupied U.S. homes rose again last month, a sign that the housing market’s strong momentum from 2020 may be carrying over into this year.

Existing U.S. home sales rose 0.6% in January from the previous month to a seasonally-adjusted rate of 6.69 million annualized units, the National Association of Realtors said Friday. Sales jumped 23.7% from a year earlier. It was the strongest sales pace since October and the second highest since 2006.

Home prices also rose. The U.S. median home price was $303,900 in January, an increase of 14.1% from a year earlier. Prices increased in every region of the country.

The red-hot housing market has left the number of available properties for sale at record lows. The dearth of homes for sale has been the main driver of home prices.

“Sales easily could have been even 20% higher if there had been more inventory and more choices," said Lawrence Yun, NAR’s chief economist.

Underscoring how competitive the housing market was last month, 71% of homes sold in January had been on the market for less than a month. And properties were typically snapped up in 21 days for the fifth straight month, NAR said.

“The days on the market continue to be very swift,” Yun said. “No winter slowdown.”

The housing market has mounted a strong comeback since last summer after declining sharply in the spring when the coronavirus outbreak hit. Sales surged last year to the highest level since 2006 at the height of the housing boom.

Several market trends are helping drive the strong demand for homeownership. Mortgage rates remain at historic lows. Americans forced to work from home in the pandemic are seeking larger homes. And more millennials are now entering the market.

That demand dynamic, combined with the ultra-low number of homes for sale, sets the stage for a fiercely competitive homebuying season this spring.

If the economy improves as coronavirus vaccines become more widely available, economists predict the housing market will continue to ride a strong wave of demand this year, even though mortgage rates are expected rise slightly from record lows.

The average rate on the benchmark 30-year fixed-rate home loan rose to 2.81% this week from last week’s 2.73%, according to mortgage buyer Freddie Mac. One year ago, the rate was 3.49%.

The 10-year Treasury yield, which can influence interest rates on mortgages, made a sharp move higher this week as Wall Street factors in the possibility of higher inflation amid expectations the economy will regain its footing by the second half of this year.

“That would be considered historically favorable,” he said.