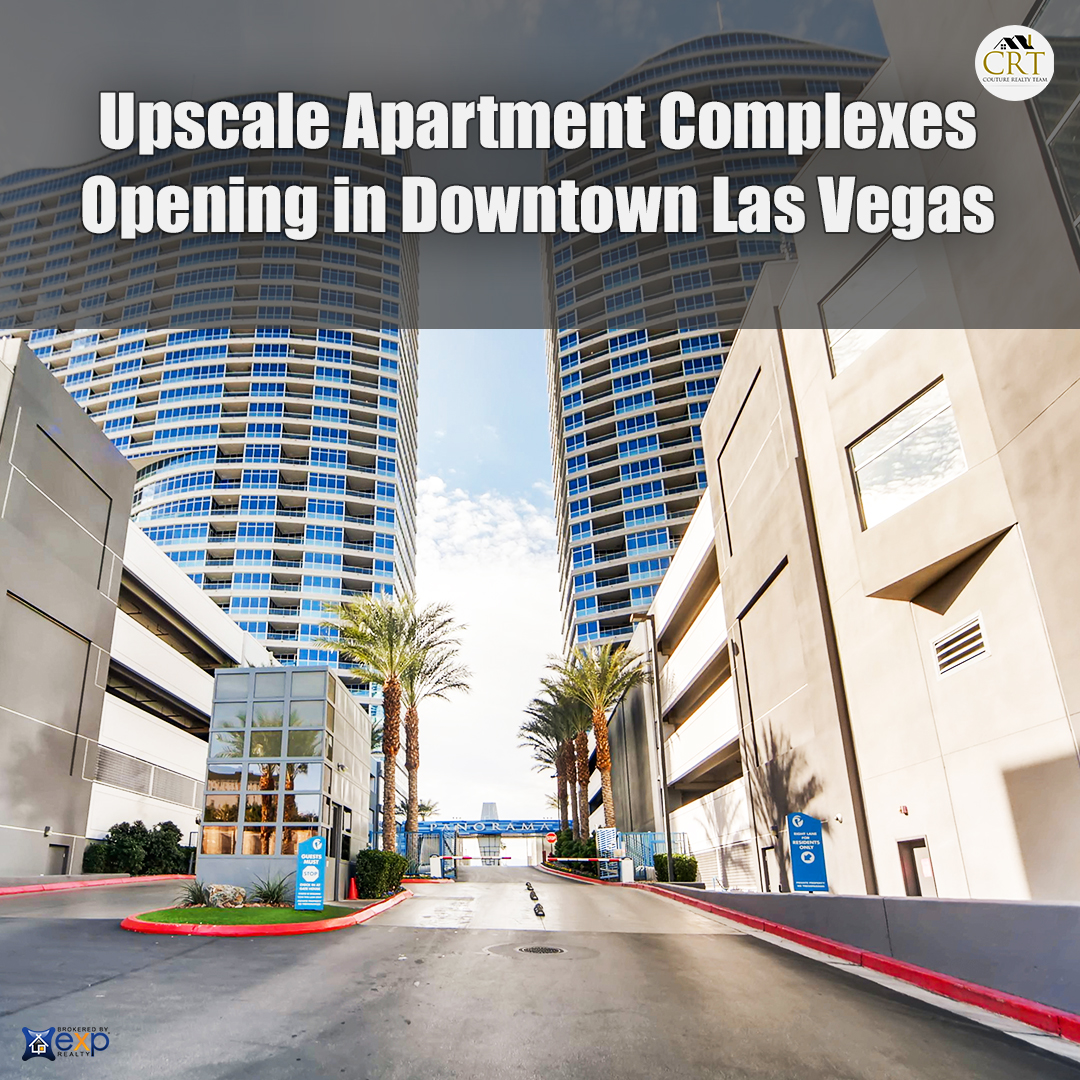 Two upscale apartment complexes are opening across from each other in Symphony Park, bringing a wave of new units to downtown Las Vegas.

Southern Nevada’s apartment market has faced plenty of questions during the coronavirus outbreak. Many tenants have tapped unemployment benefits, stimulus funds or other relief programs to pay their rent amid huge job losses. Landlords have also faced increased competition from the for-sale market, as rock-bottom mortgage rates have sparked a homebuying frenzy in the valley.

But the rental market has by no means collapsed – in some ways it has gained momentum amid the turmoil – and the new buildings in Symphony Park help fulfill the city’s long-sought vision for the 61-acre stretch of land off Grand Central Parkway and Bonneville Avenue.

Mayor Carolyn Goodman has described Symphony Park — home to The Smith Center for the Performing Arts, Discovery Children’s Museum, and Cleveland Clinic Lou Ruvo Center for Brain Health — as the epicenter of culture and medicine in Las Vegas, where people can live near the Arts District and nightlife.

Bill Arent, the city’s deputy director of economic and urban development, said Wednesday that the original goal of Symphony Park’s mid-2000s master plan was to have a mixed-use area.

“That’s kind of been the vision all along – we wanted a new neighborhood,” he said.

Southern Land founder Tim Downey said in a statement Wednesday that he “grew to love Las Vegas on many trips with my wife over the years,” and that during their visits, he noticed there weren’t many luxury multifamily housing options that offered “convenient access” to downtown and the Strip.

“I viewed that as a great opportunity,” he said.

Brennan, of Aspen Heights, told the Review-Journal that his firm liked the project site because it’s in a tax-incentive Opportunity Zone and because the city has invested heavily in the downtown area.

He said the company — like countless others — was nervous after the pandemic hit, as fears of the outbreak turned the Strip into a ghost town of shuttered resorts for a while and sparked catastrophic job losses in the casino-heavy region. But the firm kept building Parc Haven, and the valley’s population kept growing, he noted.

With many people working from home without the need for a commute, plenty of newcomers have arrived in the Las Vegas area from more expensive markets during the pandemic, giving landlords a new pool of prospective tenants.

Overall, apartment rents climbed in the past year, and vacancies shrank. In Southern Nevada, the average asking rent in the first quarter was $1,198 per month, up 9.3 percent from a year earlier, and the average vacancy rate was 5.4 percent, down from 6.9 percent, according to figures previously released by the Nevada State Apartment Association.

At Parc Haven, units range from 530-square-foot studios to 1,716-square-foot two-story townhomes, and rental rates span from $1,080 to $4,100. Brennan could not confirm how many apartments have been rented but said the building is generating a “steady stream of leases” daily.

“We’ve been very happy with the turnout,” he said.