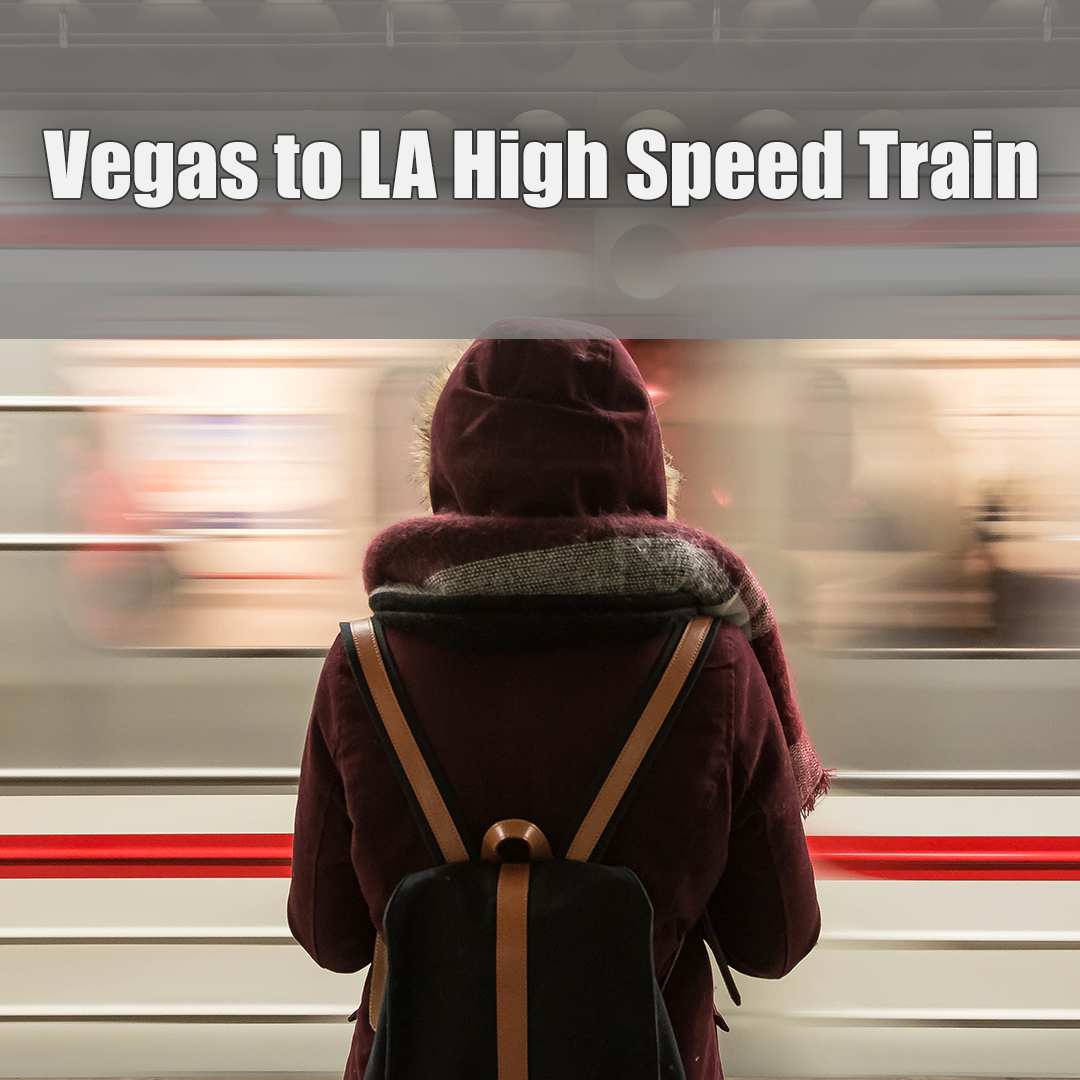 As the company behind the high-speed train between Las Vegas and Los Angeles takes steps to finance the project’s initial construction, one of the system’s backers expects the line to play a big role in sporting events in the region.


Late last month, Brightline began offering up to $3.2 billion in bonds to go toward the $8 billion project. The project also has $1 billion in private activity bonds from the U.S. Department of Transportation not included in the offering.


The train will run between a station in Las Vegas and one in Victorville, California, and then to a planned station in Rancho Cucamonga, California. From there, passengers can transfer to the Metrolink rail system to travel into Union Station in downtown Los Angeles.


All three portions of the project are planned to go online at the same time. Construction on the line is expected to begin by the end of this year with the goal of it becoming operational toward the end of 2023.


With the Raiders kicking off their NFL tenure in Las Vegas this season at the $2 billion Allegiant Stadium, Wes Edens, co-owner of Fortress Investment Group, which owns Brightline, said he expects Raiders trains to shuttle fans back and forth between Southern Nevada and Southern California.


Edens, also co-owner of the Milwaukee Bucks, envisions a system similar to Brightline’s Florida rail line, which works with the NBA’s Miami Heat to provide a game-specific schedule for fans.


“It’s a perfect opportunity for Raiders trains,” Edens told the Las Vegas Review-Journal. “We’ve had a lot of success working with the Heat in Miami to try and create trains for after the game to allow people to go back up to Fort Lauderdale or West Palm Beach and we hold trains and they leave after the game. This is exactly what we think is the kind of thing that could work really well with the Raiders.”


The rail line and Las Vegas also could play a role when the 2028 Olympics are held in L.A.


Las Vegas’ role could range from being a quick getaway destination for fans to possibly serving as a site for events during the games.


“I know Casey Wasserman, who is in charge of the Olympics (chairman of L.A. 2028). I haven’t spoken to him specifically about this, but it’s my understanding that there’s a lot of interest in actually having some of the events of the Olympics in Las Vegas,” Edens said. “Obviously having a train to connect would be a huge benefit if that is actually part of the plan.”


Even if portions of the Olympics don’t occur in Las Vegas, it’s likely some of those traveling to Southern California for the games, especially the international travelers, could hop on a train to Las Vegas for a quick getaway.


“If people decide they want to take a quick trip to Las Vegas, this is the perfect form of transportation at the perfect time,” Edens said. “We would love to be a material part of that.”


With the train operations still a few years out, Edens said, these types of conversations and plans will get more specific as the kickoff date for the high-speed system nears.


Resort Corridor executives also have expressed excitement for the train line — talked about for over a decade — finally coming to fruition.


With the miles-long traffic backup at the Nevada-California border a weekly weekend occurrence, offering a way to reduce traffic on Interstate 15 is a welcome sight for those who run the Las Vegas Strip resorts.


“We’ve had a number of conversations with casino and resort owners and of course their question is how can you build it faster,” Edens said. “They couldn’t be more interested in getting this online. We know what I-15 is. I-15 is one of the worst drives in America, in particular on a Thursday or Friday night going (to Las Vegas) and a Sunday night going home (to Southern California).


“So, what could be better than a high-speed luxury train to take people to and from Southern California to Las Vegas?”