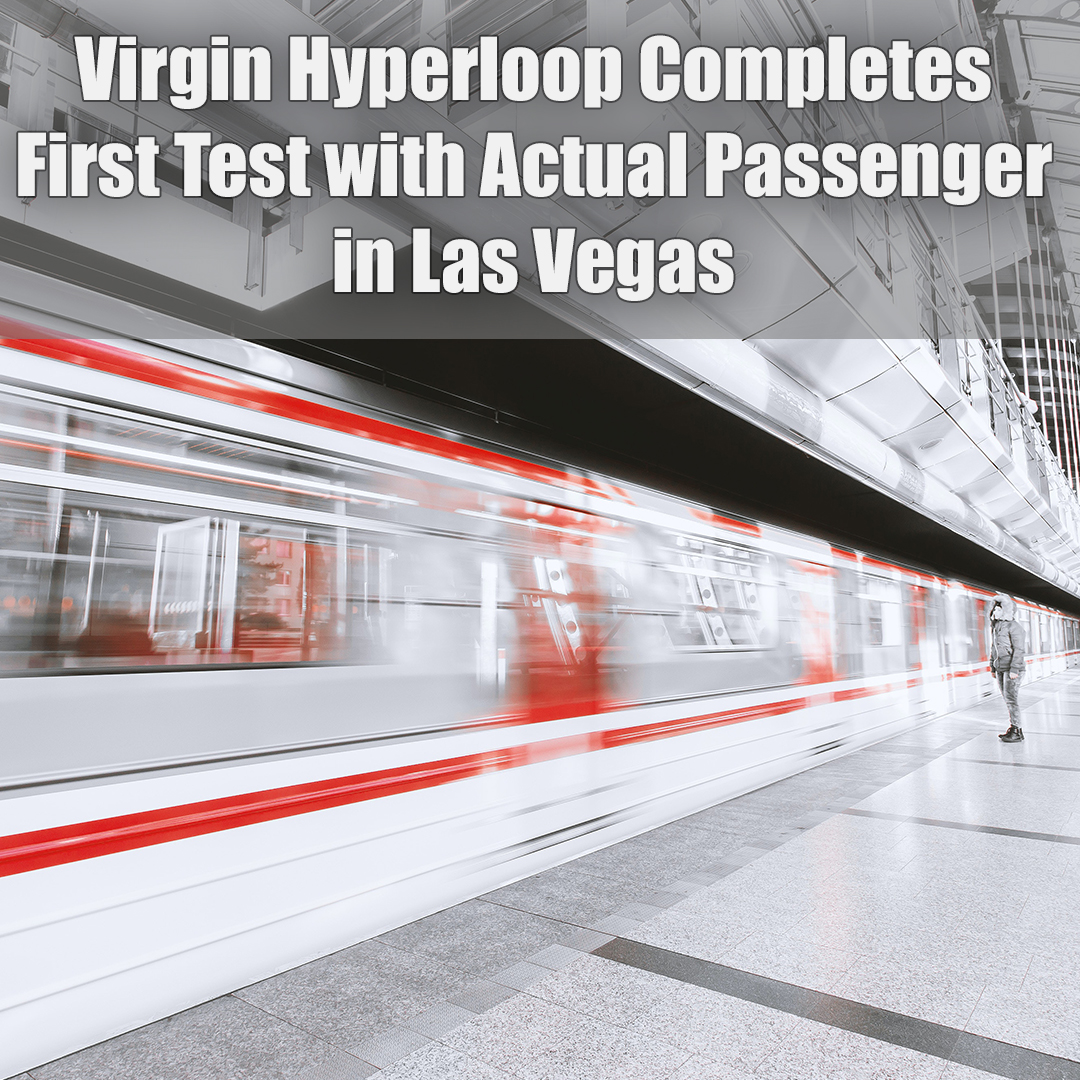 Virgin Hyperloop gave the first ride on its test track Sunday in Las Vegas, but it will be years before the public can potentially take a high-speed ride on a hyperloop.

A hyperloop is an unproven transportation system in which people travel in a vehicle in a vacuum tube at speeds as high as 600 mph. Virgin's system includes magnetic levitation, much like used in advanced high speed rail projects in Japan and Germany.

Virgin Hyperloop's pod only reached 100 mph on the track, according to the company, rather than the 600 mph that hyperloop advocates have long promised. Virgin Hyperloop says its track is 500 meters long, limiting how fast the pods can go.

Still, Virgin Hyperloop executives view the test as a major milestone and a step toward commercializing hyperloop technology.

Giegel told CNN Business that hyperloop pods can travel at the speed of aircraft but with a fraction of the energy consumption.

Hyperloop systems can run either above ground or below ground, but so far the company has focused on above-ground projects. Tunneling below ground can be time consuming and expensive.

Hurdles remain before a commercial hyperloop system is built. Virgin Hyperloop still needs to raise enough money for its next project, a six-mile, $500 million test facility in West Virginia. Walder said that pods at the facility wouldn't reach 600mph, but declined to share how fast they would go. The test facility is being built to certify Virgin Hyperloop's technology.

Walder believes that the company's hyperloop system will be certified in 2025 or 2026, and that we could see hyperloop projects before the decade ends.

Virgin Hyperloop isn't alone in its interest in hyperloops. Tesla and SpaceX CEO Elon Musk announced a concept for such a system in 2013.

Then in 2017, Musk tweeted that he had "verbal govt approval" to build a tunnel from Washington, DC to New York, in which trips could take 29 minutes. The first leg of the project is mired in an environmental review, and there's no clear timeline for it being completed.

Musk's hyperloop venture, the Boring Company, has focused on building tunnels under cities, for a lower speed service in Tesla vehicles that don't require a vacuum tube. It's currently building a system in Las Vegas, called "Loop."

Virgin Hyperloop was founded as Hyperloop Technologies in 2014. Richard Branson joined its board of directors in 2017, and the company's name was changed then.