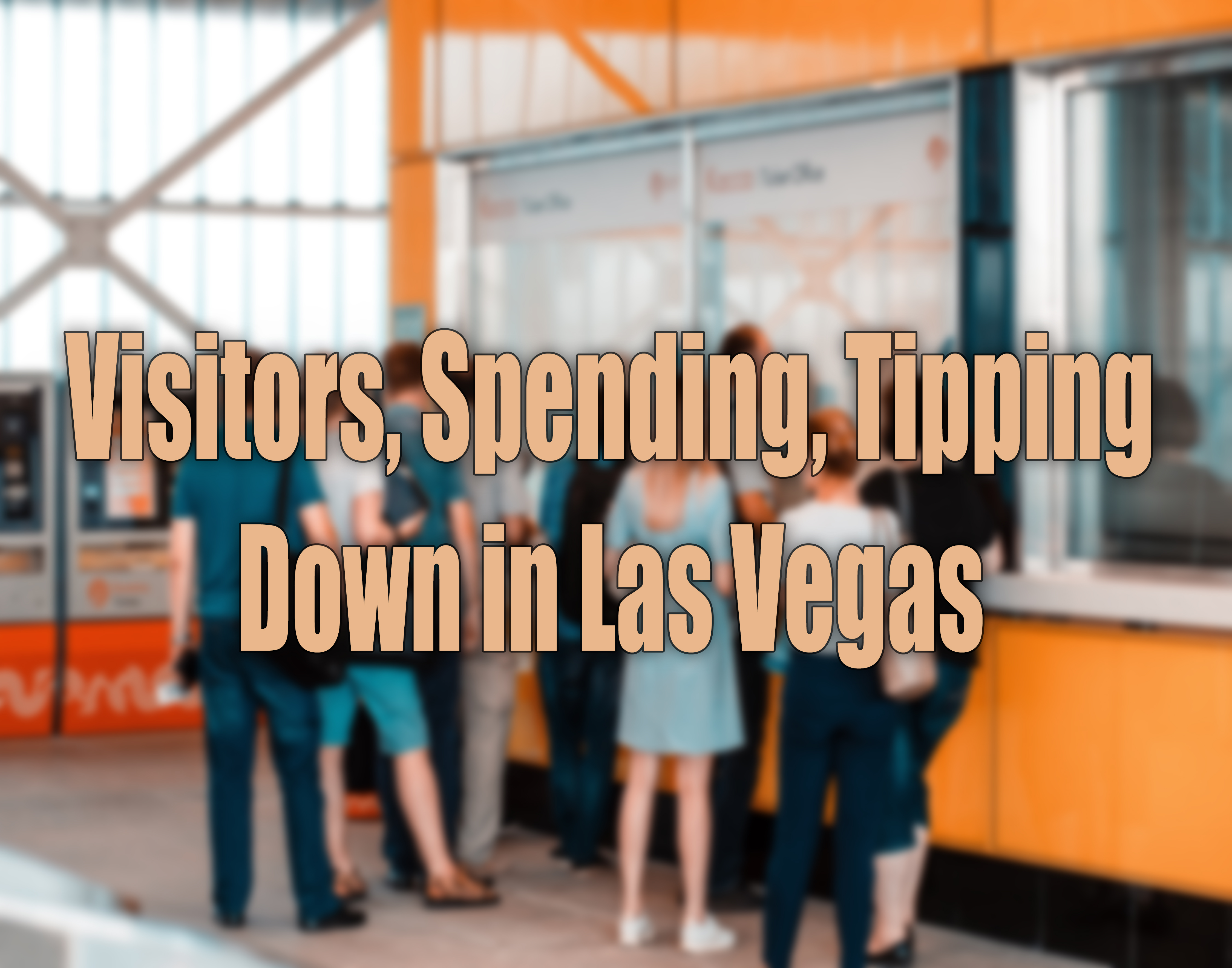 Many Las Vegas visitors are spending less than they did before the pandemic.


Barb Licht, a craps dealer at The Venetian, said tipping has “gotten really bad” since she returned to work June 4.


She estimates her tips would average $150 to $200 during weekdays before the pandemic, and higher on weekends. Now, she brings in less than $100 on midweek shifts.


Smaller crowds and limited seating at table games certainly play a role, but experts say some tourists have tighter purse strings these days.


“While there’s no doubt that some high-valued consumers have found their way back to Las Vegas … there’s a broad mix of consumers that are ultimately coming back,” said Jeremy Aguero, principal for Applied Analysis. “You’re getting a lot of drive-in traffic … (which) is going to be a bit different in terms of spend profile than what you would normally see.”


A July report from Macquarie Research found 40 percent of Las Vegas visitors would spend less money during the pandemic, while 50 percent wouldn’t change their budgets.


Another 37 percent of the more than 400 people surveyed said they would spend less time in Las Vegas because of COVID-19, while 60 percent said the virus would have no impact on the duration of their stay.


Beynon anticipates Las Vegas will experience a drop in spending similar to what happened during the Great Recession.


“People were still coming, they just came with a smaller wallet, and that smaller wallet hit gaming more than anything,” Beynon told the Review-Journal. “We are still uncertain as to what the normal unemployment and economic impact will be from COVID, but we think it could negatively affect spending per visitor.”


Data from Earnest Research, a New York-based firm that tracks the credit and debit card purchases of millions of U.S. consumers, shows there was less resort-related discretionary spending in Las Vegas this summer


Residents’ and visitors’ spending on media and entertainment during the week of July 29 was down 21 percent, compared with the previous year. Travel spending was down 57 percent, and spending in restaurants was down 3 percent.


Part of this downturn is probably due to a lack of group business. Las Vegas has historically relied on spending from convention and business travelers, who can often expense purchases to company credit cards. In 2018, the average convention visitor spent $970, while the average leisure visitors spent $792, according to 2019 data from the Las Vegas Convention and Visitors Authority.


But the pandemic — and state mandates to cap all group gatherings to 50 people or fewer — has brought group business and international travel to a standstill. In June, the city brought in no convention business.


Casino workers said it’s been hard to ignore the drop in spending.


One part-time Strip restaurant worker, who was granted anonymity to protect her job, said tips have fallen about 75 percent since the pandemic began.


The hostess said her tips — a percentage of what the restaurant’s servers collect — used to add up to roughly $60 a night. Now, she said she’s lucky if she makes $15, despite reservation numbers holding up to pre-pandemic levels.


Licht said many of her regular customers — and heavy tippers — are from states with travel restrictions like New York, which now require residents to self-quarantine once they return from a trip to Nevada. She’s seen fewer of them since The Venetian reopened.


The craps dealer said she was making more money during the shutdown, when The Venetian paid employees their base salary, plus the average number of tips they made between Feb. 1 and the shutdown in March. “Now, it’s a little rougher,” Licht said. “The tips aren’t as good.”


Representatives at Las Vegas Sands Corp., which owns The Venetian, did not return a request for comment.


Despite tight budgets among some visitors, casino operators said others spent more in recent months, as other entertainment options like sporting events and concerts remain unavailable.


It’s unclear how long that boost will last. Spending spikes could have been influenced by stimulus checks and additional unemployment benefits from the federal government.


A Strip resort pool cocktail server estimated about 40 percent of the debit and credit cards she takes are unemployment insurance benefits cards from a mix of states. The cards often lack a microchip and are marked with the name of the customer’s home state.


“There’s no doubt that the unemployment benefits are a tailwind,” Penn National CEO Jay Snowden said on an Aug. 6 earnings call, adding that he doesn’t know “what happens if the stimulus checks stop or (are) reduced from where they’ve been over the last several months.”


The extra $600 in weekly unemployment insurance ended July 31, and the extra $300-$400 in unemployment benefits authorized by President Donald Trump could take months to reach consumers and will probably face legal challenges.


Casino executives have said they’re confident business levels are sustainable, but Aguero said there’s “no doubt” that the effects of the stimulus package will wear off significantly by late August or September, months after many Americans received the first round of checks.


“I think that’s going to affect consumer spending — not just in hotels and casinos, but in all sectors of the economy,” Aguero said.