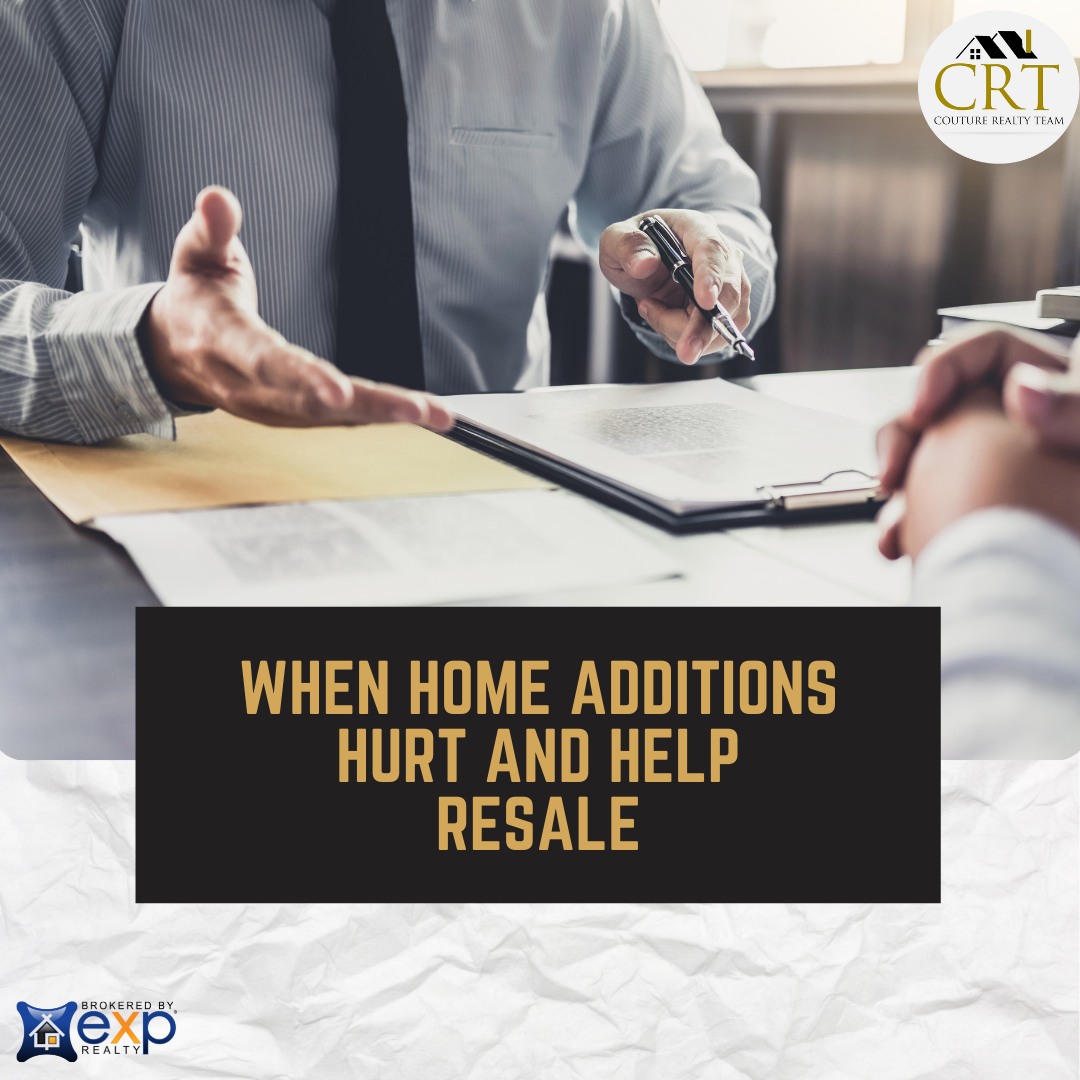 Your customers should not automatically assume that adding additional square feet to your home will increase its resale value. Take the 1917 Cotswold-style craftsman in Pasadena, California, for example. The homeowner actually added 800 square feet, which lowered his sales prospects. According to the Wall Street Journal, this addition did not take into account the historical details of the house, and its bay windows did not match the thatched roofline, brick fireplace, and the house’s “whispers wood details”.

"It was just all wrong," listing agent Matt Berkley of Crosby Doe Associates in Pasadena told the newspaper. Homeowner Annie Yan paid $30,000 to demolish the addition and sought to restore the home back to its original state. She is now selling the home for $4.78 million — more than $600,000 than what she purchased it for in 2014.

In addition to considering the added disadvantages, your client should also know that restoring the house to its original size can bring some tax relief. In the strict case, the city government passed a protection plan called the "Mills Act" to exempt property taxes. The property tax has been reduced from US$50,000 to US$13,000 per year, and the tax exemption will last for at least 10 years.

Bret Hirsh owns a 3,900-square-foot four-story townhouse in New York's West VillageMany buyers complain that the brownstone near Hirsh does not have enough natural light. CORE Real Estate's Jim St. Andre said that under these circumstances, remodel projects that sacrifice floor space for more light can attract more buyers. He noted that one of the most expensive sales in the West Village was an $ 18.96 million townhome in 2012, which had undergone a transformation similar to Hirsh's. and is reducing the size of the building by approximately 200 square feet. You are reducing the size of the upstairs dining room to create a double-height kitchen area and a large room downstairs. In a market where every square foot is important, considering that the price in your community is approximately $ 4,000 per square foot, your project can increase the resale value by $ 800,000.

"We don't live and die by square footage," says real estate appraiser Jonathan Miller. However, removing too much square footage may hamper resale value, but Miller notes most projects are replacing square footage with something more appealing, such as the addition of outdoor space.