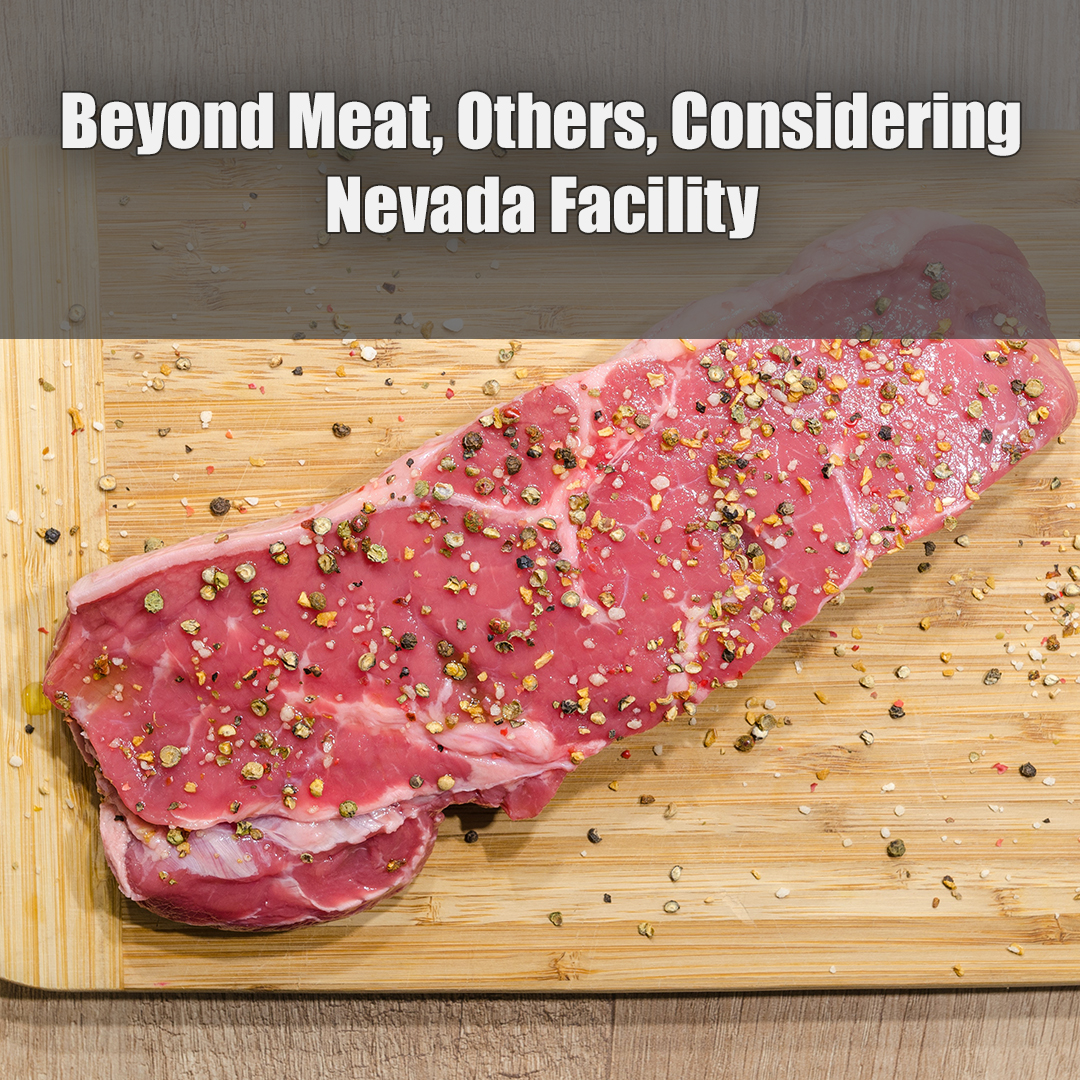 The Nevada Governor’s Office of Economic Development gave the plant-based protein manufacturing company the green light to expand its footprint to the greater Reno area on Wednesday.

State officials have agreed to grant $4.4 million in tax abatements. In exchange, Beyond Meat would build a 158,000-square-foot facility in Washoe County and hire and train 135 employees from the local Reno area within two years, offering an average hourly wage of $23.61. If plans move forward, the company’s 10-year cumulative economic impact is estimated to be more than $903 million, including 343 jobs.

“I am glad to welcome these companies to the Silver State to help to diversify our economy and create in-demand, high-skilled, and good-paying jobs,” Gov. Steve Sisolak said in a Wednesday news release from GOED. “As we continue to navigate the challenges presented by the ongoing pandemic, job creation and rebuilding our economy remains a top priority.”

Beyond Meat is also considering Texas, Arizona and Oregon as potential locations.

Officials approved a total of $29.6 million worth of abatements to 11 companies on Wednesday. If all plans move forward, the companies could bring 548 jobs to Nevada over the next two years and have a 10-year total economic impact worth $4.6 billion.

Alberta-based manufacturing company Lithion Battery Inc. is considering opening a 42,406-square-foot manufacturing and distribution facility in Henderson. Additional space may be needed by 2023, according to the company. The 10-year economic output is estimated to be $140.9 million.

Nevada-based Safe Life Defence plans to expand its current Nevada operations with a new 137,225-square-foot headquarters, manufacturing and research and development facility in Henderson on Raiders Way. Its economic output over 10 years is estimated to be $526.3 million.

“We have experienced significant growth since opening the doors back in 2015,” said Chief Financial Officer David Smith in a statement from the Las Vegas Global Economic Alliance. “We are also very excited to be a company that will be a vehicle to provide employment to many who are out of work and are struggling.”

Nanotech Energy Inc., a research and development company that focuses on energy storage technology, plans to establish a manufacturing and headquarters facility in Reno. The company’s estimated total economic output is estimated to be $586 million over 10 years.

Food manufacturer Sonoma Creamery is considering making a jump from its namesake city in California to Reno for a new food production facility. The company said it was attracted to the business tax structure, cost of living and logistic advantages in the region. The company’s 10-year economic impact is estimated to be $349.8 million.

Los Angeles-based Acorn Pulp Group is considering a new headquarters, distribution and manufacturing facility in Washoe County. The company, which creates environmentally-friendly molded fiber packaging, is estimated to have a 10-year economic impact of $340.4 million.

Nevada-based truss and wall panel manufacturing company Centerline Structural Innovations, Inc. is considering a new manufacturing, headquarters and research and development facility in Reno. The 80,000-square-foot space facility would have an estimated total economic impact of nearly $452 million over 10 years.

Samsarg Inc. is considering a few facility in Lyon County that would offer aircraft maintenance, repair and overhaul capabilities. The company is expected to have a $725.7 million total economic impact over 10 years.

Zline Kitchen and Bath is considering expanding to Washoe County, or the potential construction of a new 600,000-square-foot building to accommodate a new headquarters. The appliance brand, which has executive and distribution locations in Reno, Ohio, and Tennessee, would have an estimated 10-year economic impact of $80.2 million.